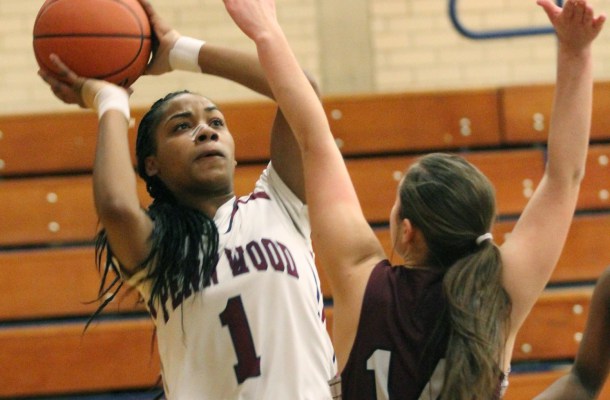 The All-Delco senior forward scored her 1,000th career point as the Pattriots fell to host Cheltenham, 60-57. Redd, who entered the game two points shy of the achievement, finished with a game-high 29 points for the Pats (1-5).

Redd is the third Penn Wood girls basketball player to eclipse the 1,000-point plateau. All-Delco and Temple alumna Dominique Williams was the first to do it in 2002.

Carle Andrews chipped in 12 points in the loss.

Academy Park 62, Conwell-Egan 28 >> Shantalay Hightower led all scorers with 17 points and Raven-Monet Kemper contributed 13 for the Knights, who drilled four 3-pointers in a 25-point first quarter.

Bonner-Prendergast 77, West Catholic 39 >> Caroline Manfre did a little bit of everything to help the Pandas (4-0, 1-0) to victory in their Catholic League opener. The junior guard poured in 16 points, grabbed five rebounds and racked up 11 steals.

Maggie McPeak and Maeve McCann mirrored each other with 12 points apiece.

Sun Valley 50, Octorara 17 >> Kate Lannon and Allie Giannakarios scored 12 points each as the Vanguards rolled to the American Division victory.