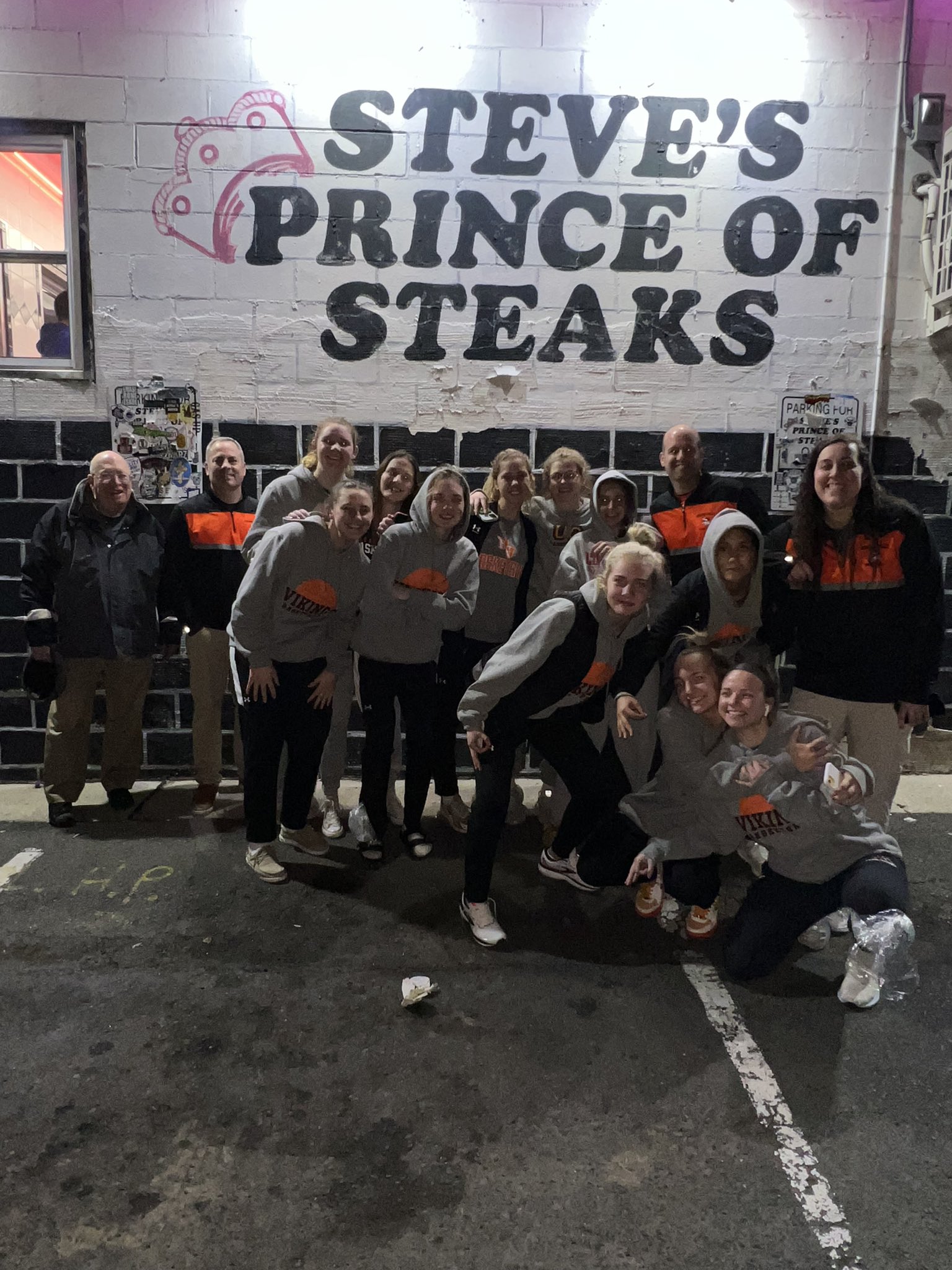 For the second time in school history, the Perkiomen Valley girls basketball is moving on to the second round of the PIAA playoffs.

Perk Valley, which will play Pioneer Athletic Conference rival Methacton in the second round of the PIAA tournament,  celebrated its victorious trip to Northeast Philly with a stop by Steve’s Prince of Steaks.

For seniors Emma Miley and Jennifer Beattie and the rest of the Vikings it was a victory worth celebrating. The state playoff win adds another accomplishment to a growing list they hope isn’t quite finished in their final year with the program.”

“In my first two years here, we never even made it far in districts,” Miley said. “Last year was our first year making districts and we only got one game. Now being in states, it’s so cool and it shows these freshmen that, ‘you guys can get to states and you can keep getting here.’”

Playing in the program’s first state playoff game since 2018 — the year before Miley and Beattie arrived at the program — there were no jitters for the Vikings (22-7). Perk Valley jumped out to a 24-0 lead after a quarter of play and led 41-13 at half as it cruised to victory.

Freshman forward Quinn Boettinger led the way for PV with 14 points, freshman Bella Bacani and Beattie both added 12 in the victory and junior Ella Stein chipped in eight.

“I just think we had a lot of chemistry between everyone,” Beattie said. “Everyone even off the bench came in with a lot of energy, so we didn’t really have any lapses. It was just good to keep the energy up and keep not letting up until the clock hit zero at the end of the game.”

The Vikings know they will face a much stiffer challenge when they play the Warriors on Friday night, but they hope to make more history by sending the program to its first PIAA quarterfinal trip.

Methacton won the two teams’ first meeting handily, knocking off what was then an inexperienced Vikings’ squad, 56-39, on their home floor Jan. 15.

Perk Valley pulled off a bit of a shocker Feb. 3 when it edged Methacton, 41-38, on the road to give the Warriors’ their only PAC loss.

“That’s definitely going to be exciting because we won a game, they won a game,” Miley said. “Our regular season was a 50-50 split, but now we have some more games under our belt. It’s going to be an exciting game, a fast game. I’m really excited for it.”

The two teams won’t have far to travel for Friday night’s game with Spring-Ford High School a potential neutral site for the Liberty Division foes.

Regardless of the location, both teams should have a strong support section as they decide which squad will advance to the PIAA quarterfinals.

“A lot of people from our school are excited to come watch that game,” Beattie said. “We have a lot of energy for that game. And then we’re just really pumped to play them in general. Last game was close, so we’re really excited to see what we can do.”