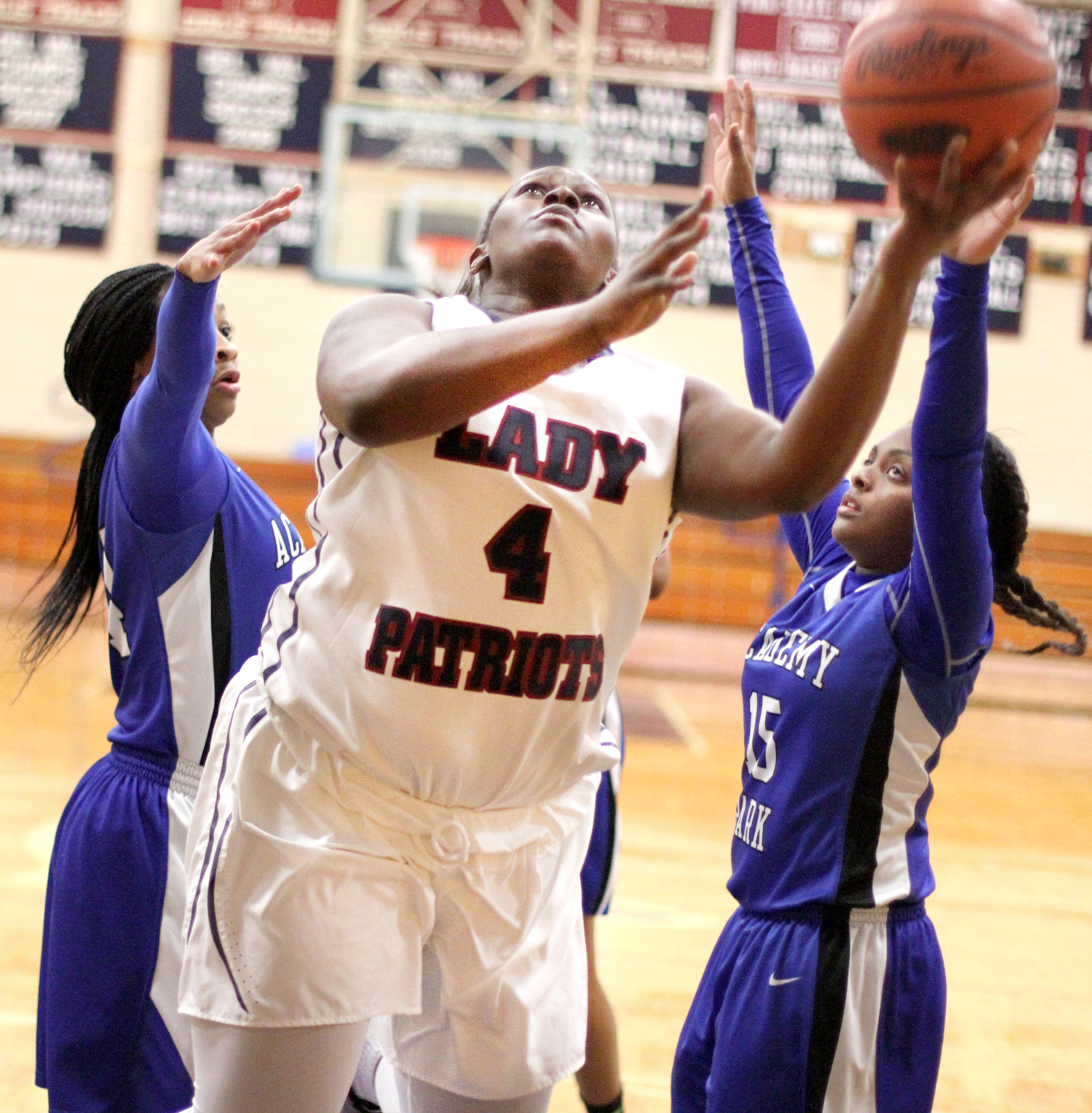 CHELTENHAM >> Penn Wood can breathe a sigh of relief after Saturday’s 67-28 victory in the first round of the District One Class AAAA tournament.

It got the monkey off its back.

The Patriots lost to Cheltenham by double digits in last year’s opening round. Earlier this season, when the teams met, they fell by three points.

The third time would be the charm.

“We knew it was going to be a catfight,” Penn Wood coach Monique Boykins said. “It wasn’t going to be really easy.”

Well … except that it was. The Patriots, proving that their seed (No. 17) doesn’t reflect their talent, thoroughly dominated the two-time PIAA state champion and 16th-seeded Panthers.

When the Del Val League champs found out where they were headed to open districts, they didn’t feel a sense of dread. Instead, the Patriots were excited to have an opportunity to exorcise their demons and prove a point — that is, these days, they are a much better team than Cheltenham.

“Think of somebody (potentially) beating you three times,” said Boykins, whose team shot 27 for 44 from the field. “My message to them in practice was, it’s now or never.”

The Patriots (17-6) controlled the tempo from the get-go. Senior Dahnye Redd exploded for 13 points in the first quarter as the Pats led by six after eight minutes.

“Our coach has been saying that we’d end up playing Cheltenham again. She could just … feel it,” said senior guard Joy Morton, who gave another yeoman’s performance with 12 points, seven rebounds, six assists and four steals. “My feeling was, I don’t care, we’re going to beat them this time.”

Redd was unstoppable. She made her first eight field goals — mostly by cutting in the lane and driving to the basket — and finished with a game-high 25 points on 11-of-13 shooting.

The All-Delco left her usual No. 1 jersey behind, instead wearing No. 25.

“Yeah, we need to get on her about that,” Boykins said, joking around. “How can you forget your jersey?”

No matter the number on her jersey, Redd was the No. 1 player on the court. The Patriots move on to the second round to play top-seeded North Penn, a 63-16 winner over No. 32 Penncrest.

“We had never won” against Cheltenham, Redd said. “It felt good to do it this year in our senior year, especially after they knocked us out last year.”

It should be noted that Cheltenham was without junior guard Ashley Jones, their best player, due to disciplinary reasons.

The Patriots began to pull away in the second quarter and took a 33-20 advantage into halftime. Redd began the second half on the bench with three fouls, but Morton (five points), Gabrielle Hairston (six points) and Carle Andrews (four points) picked up the slack. The Patriots ended the game on a 24-0 run and held Cheltenham scoreless in the fourth quarter. They were too quick, too athletic and plain-old too talented for the host Panthers, who missed their final 17 field-goal attempts and committed 27 turnovers. Cheltenham shot 9 for 44 from the field.

“We had to adjust because we would drive a lot, but they were calling us for charging,” Redd said. “So we had to adjust, slow it down some, hit a pull-up shot. That worked for us.”