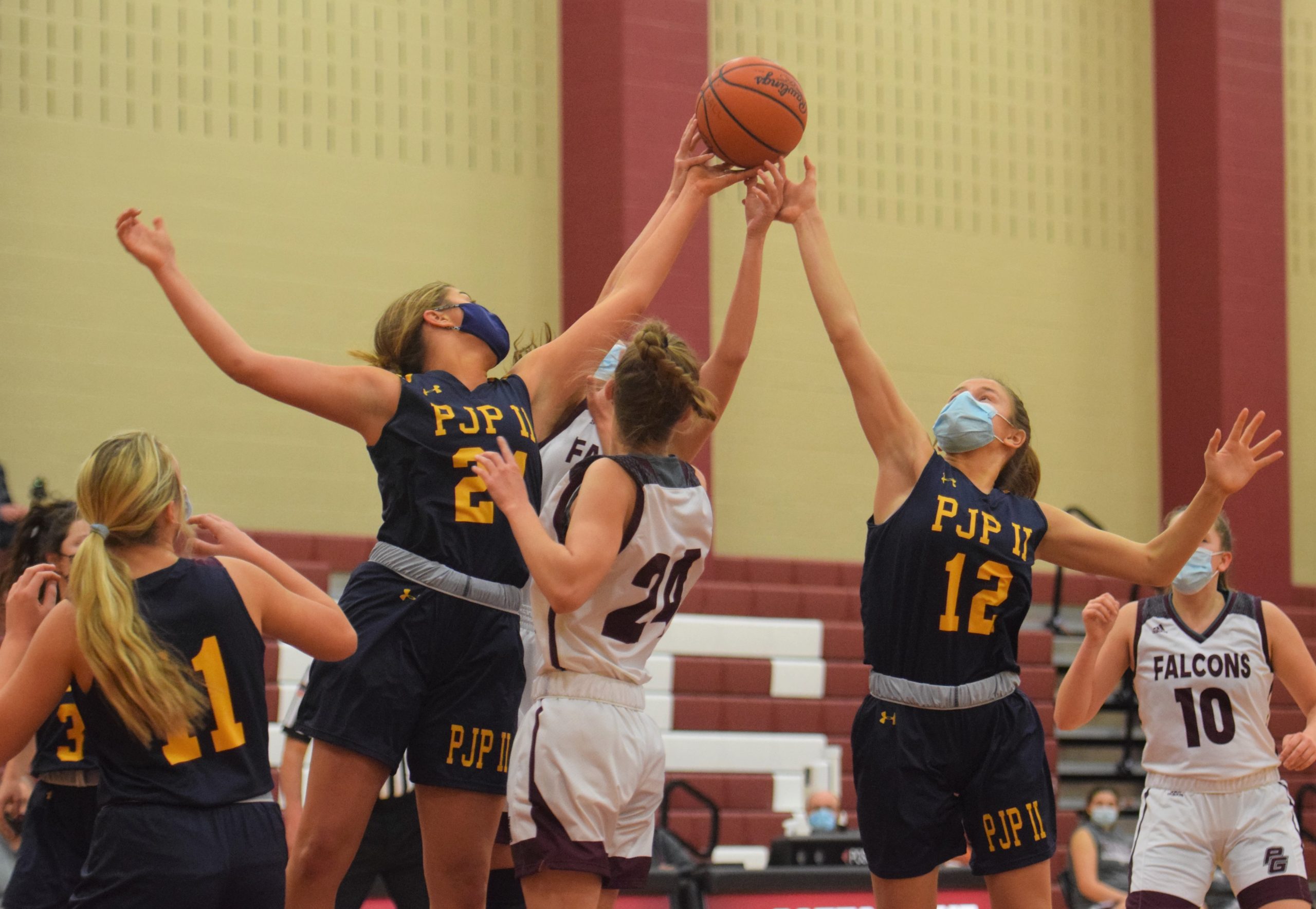 The Pope John Paul II girls basketball team saw its season come to an end in the District 1 Class 4A semifinals Tuesday after a 39-35 loss to New Hope-Solebury.

The No. 3 seed Golden Panthers got a great performance from senior Kallan Bustynowicz, who scored 15 points to go with 12 rebounds and four blocks, but were held to only four points in the fourth quarter after playing leading 31-30 after three quarters.

Sophomore Reagan Chrencik scored 12 for New Hope, which advances to the final against No. 1 Gwynedd Mercy on Friday.

Amelia Kennedy added 10 points, eight rebounds and six steals and Tess Crossan had seven points and eight assists for PJP, which ended its season with a 10-7 record.