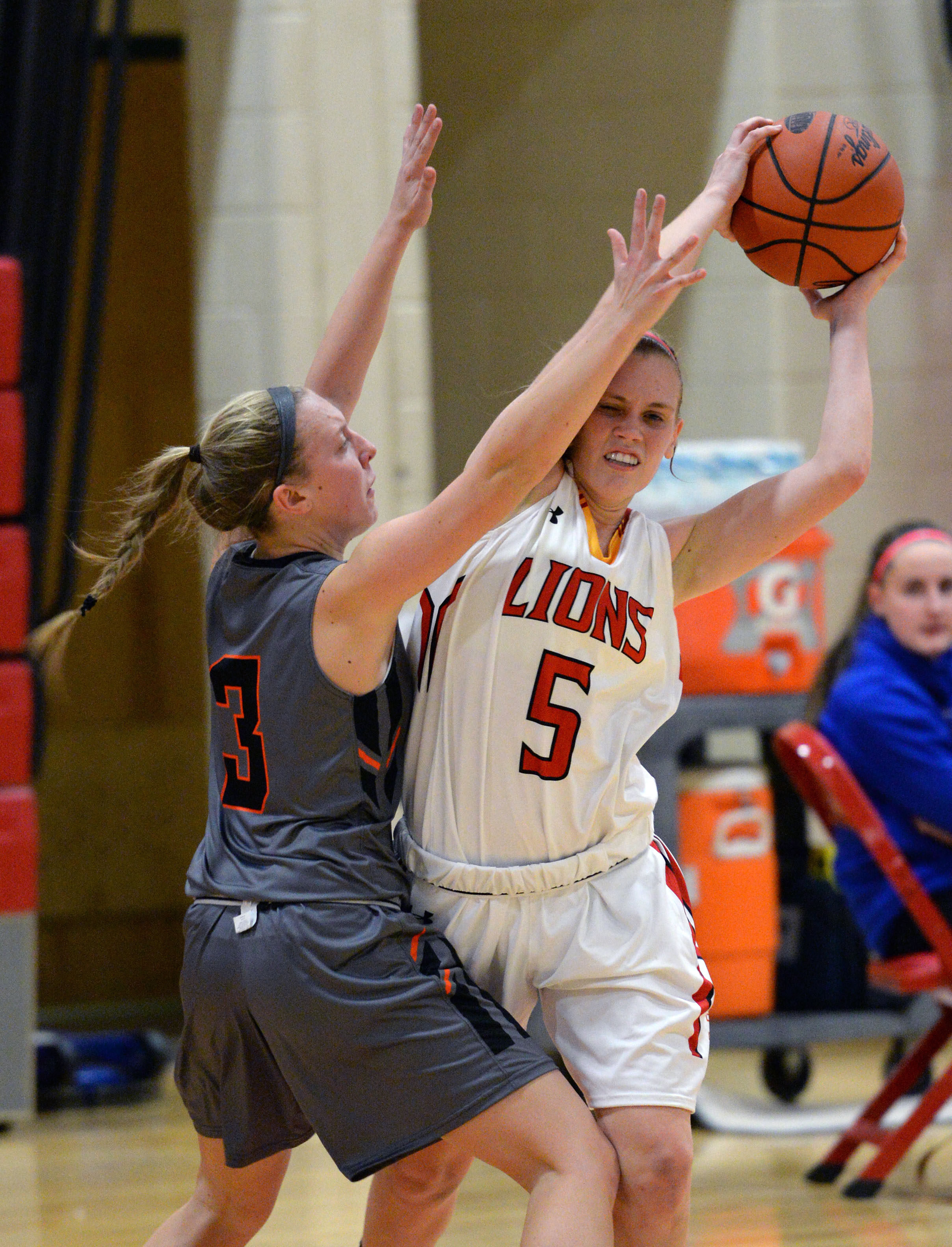 “She’s like a sister to me,” the junior Russo said. “She’s from Russia and I’m from Ukraine.”

Mulhearn was 2-years-old and Russo was eight months old when they came to the United States.

“We were young, but we have that in common,” Russo said.

It would explain why they speak perfect English …

“It was kind of meant to be,” added Mulhearn, a senior.

Mulhearn and Russo are having fun helping a young Penncrest team to some impressive victories early in the season. After Friday night’s 40-26 Central League decision over Marple Newtown, the Lions improved to 3-1 at the one-week mark of the new campaign.

That’s a positive start for program that has struggled to compete in recent years .. With an interesting collection of underclassmen, including freshman wing Kylie Chelo (six points, three rebounds, two assists and two steals) and sophomore forward Grace Harding (seven points, six rebounds, one steal), the Lions are moving in the right direction

“We have more team chemistry this year because we’ve been working for over a year now and have been practicing a lot in the offseason,” said Russo, who scored a game-high 15 points.

Mulhearn came close to triple-double territory Friday night. She was excellent on offense and defense, with eight points, 11 rebounds and eight steals. She and Russo connected on a handful of scoring plays as Penncrest (3-1, 1-1) shot 48.5 percent (15-of-37) from the field and forced Marple Newtown into 27 turnovers.

“We have a good thing going,” Russo said.

Penncrest used a 9-0 run in the first half to take a 21-11 lead into halftime. The Lions led by as many as 18 points in the third quarter.

“Against Lower Merion (Tuesday night), we were up 13-3 in the first and ended up losing,” Russo said. “We couldn’t let that happen again.”

The Tigers (1-3, 0-2) went on a 13-1 run to trim their deficit to six points with five minutes to play in the fourth quarter. Russo banked a 3-pointer to extend Penncrest’s lead to nine and sophomore Julia Eckels came up with straight steals to lock down the victory.

“Defense is going to be very key for us,” Mulhearn said.

Ridley 49, Upper Darby 22 >> Izzy Hamlin dominated with 16 points and strong rebounding as the Green Raiders (3-1, 2-0) cruised by the host Royals. Hannah Crowley chipped in nine points and Mel Malseed had a good game cleaning up under the basket.

Haverford 48, Lower Merion 40 >> Ashley Murphy had it going on from downtown as she hit a trio of 3-pointers in the second quarter to put the Fords (2-2, 1-1) in control. Murphy netted a game-high 17 points and Mollie ReynoldS added 13 in the winning effort.

Kristen Hamill paced the Raiders in defeat with 13 points.

Garnet Valley 47, Conestoga 36 >> Jaguars (2-0, 2-0) freshman Emily McAteer made a name for herself with 15 points, eight rebounds and four steals. Maddie Ireland was 13-of-14 from the free-throw line and finished with a game-high 16 points.

Harriton 53, Strath Haven 21 >> Katie Fisher scored a game-high 17 points for the Panthers, who were outscored, 24-3, in the second period.

DCCS plays Atlantic Christian in the final Saturday at 3 o’clock.

Atlantic Christian 55, Christian Academy 31 >> The Crusaders (2-1) played catch-up the entire way after AC began the game on a 20-0 run. Danay Cooks-Green pumped in 14 points in the loss and Lindsay Haseltine grabbed 11 rebounds.