Koblish, Conestoga cruise to a victory over Haverford 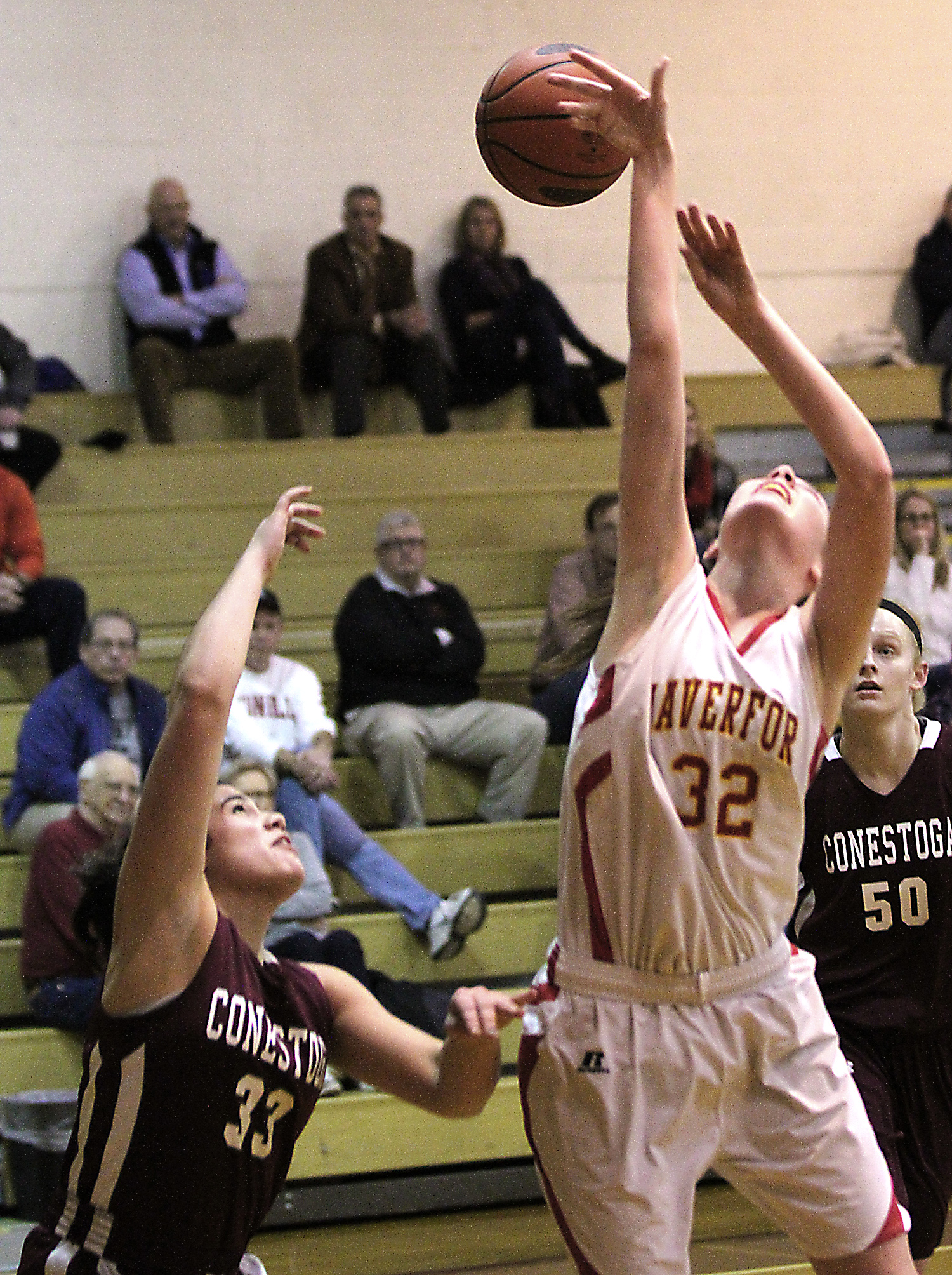 HAVERFORD >> Ellie Mack’s return to Conestoga this season has inspired her teammates and made them better players. The Pioneers are arguably the best team in the Central League.

One player coming into her own and still developing at an exciting pace is sophomore guard Maria Koblish, who had 19 points and three steals to lead the Pioneers to a 59-39 victory over Haverford Thursday night.

“Ellie brings the team together,” Koblish said. “She came back from injury and came back as a leader, along with (junior guard/forward) Liz Scott. It brings us all together and we’re playing well together.”

Koblish is in between AAU programs, but one organization will be lucky to have her. She is a first-year starting varsity player after doubling up on JV and varsity a season ago.

the bat and led an undefeated JV team. They went 21-0. Whatever that ‘it’ factor is, she’s got it. She’s a heady player, she plays a really nice complement on our team, she gives us an inside-out presence that we haven’t had in a while. She’s come a long way and she’s going to be a very good player in this league.”

With Koblish, Mack, Scott (seven points, five rebounds, two steals, three blocks), Sondra Dickey (10 points) and Sarah Mascoli (seven assists) showing the way, the Pioneers were in control after Haverford’s Amanda Battista scored the basket of the game. The Pioneers (11-2, 8-1) led by 10 points at halftime and put it to bed with a 20-4 burst in the third quarter. ’Stoga’s ball movement and passing efficiency wore down the Fords.

“We wanted to keep them to a low-scoring night,” Koblish said. “I think we achieved that pretty well with our defense.”

Mack dominated with an array of low-post moves and a silky-smooth jump shot as she went 6-of-11 from the floor. Mack can dribble, drive and shoot outside. The 6-2, Bucknell-bound senior did it all against Haverford, posting 16 points, seven rebounds, two steals and five blocked shots.

“She plugs more holes than you can possibly imagine,” Jeffries said. “On top of that, she’s a great kid, a great leader.”

“It was a bad game for us,” said Reynolds, a Catholic University commit. “We couldn’t score, couldn’t run an offense, our rebounding was bad. All-around, just not a good game.”