In need of a big basket, Springfield simply asks Alexa 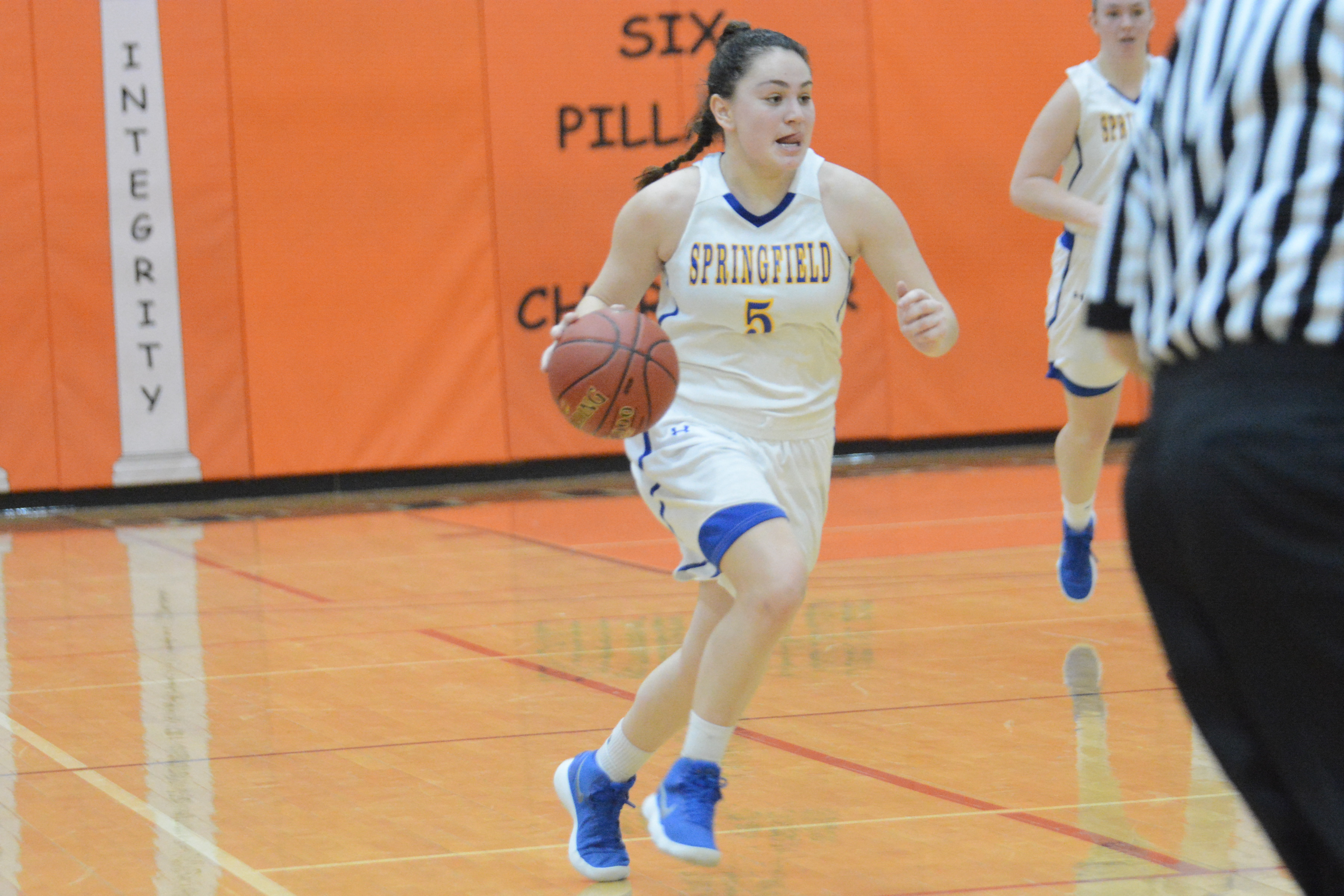 NETHER PROVIDENCE – Alexa Abbonizio putting up big numbers on the basketball court isn’t new around Springfield. But the Cougars’ perennial pursuit of Central League and District 1 titles is often chronicled in terms of veteran leadership.

Once, Abbonizio was the underclassmen counterpoint to those leaders. Now as a junior, she’s on the other side of the age divide, and she’s providing the clutch plays to prove it.

Abbonizio scored a game-high 18 points, including all eight of the Cougars’ points in the fourth quarter, as the top seed held off No. 6 Harriton, 40-32, in the Central League semifinal Monday at Strath Haven.

Springfield (19-4) advances to Tuesday’s final at Harriton, where it takes on No. 2 Ridley.

Abbonizio supplied the only offense Springfield needed in the fourth, with two baskets and a perfect 4-for-4 from the free-throw line.

“It puts pressure on me, but I kind of do better under pressure,” Abbonizio said. “It comes naturally. I know I had to come through at the end.”

Not only at the end, either, since every time Harriton (11-12) seemed to get a head of steam, Abbonizio was there to put down the rally.

And the Rams opened the fourth quarter on an 9-1 run, until Abbonizio sank four three throws, then applied the exclamation point in the final minute, laying in off glass on a home-run pass by Alyssa Long.

The scoring part of Abbonizio’s game has been there since she was a freshman, which explains the 1,000 points she’s accumulated. But the way in which she demanded the ball in the fourth quarter is the next-level intensity of a veteran who’s been through the battles.

“When she has the ball at the end of the game and we’re up and she hits foul shots, it’s hard to beat us because we’re going to win when she’s at the line,” Long said. “The fact that she steps up in big games and makes big-time plays, she’s a big-time player.”

Long added 12 points and three assists. The Cougars were just 1-for-14 from 3-point range and didn’t crack 35 percent (15-for-43) from the field. Add in a 35-21 rebounding disadvantage and it could’ve been another upset for the Rams, who dispatched third-seeded Garnet Valley Saturday.

But the Cougars stepped up defensively, forcing 17 turnovers and a bevy of poor shots. A lot of credit there goes to the other end of the age spectrum: Freshmen Alexis Aaron, Mia Valerio and Anabel Kreydt.

“The three freshmen have really grown,” Long said. “They’ve gotten more minutes as the season’s gone on. … They’re just playing really big for us, and the bigger they play for us, the better we are as a team.”

Paternoster led Harriton with nine points and nine rebounds, but with the Rams turning up the pace, she was mostly on the bench in the fourth. Aspesi (eight rebounds) and Marette Smith scored seven points each. Harriton was 2-for-18 from 3-point range.

The win gives Springfield a rematch with rival Ridley, which it beat 64-51 in the regular season. That might mean little under the bright lights of a championship showdown.

“We know what it’s like to have one, they don’t,” Long said. “I think they’re playing with house money. We’re expected to win because we came in as the No. 1 seed, we didn’t lose. I think we have a target on our back and if we don’t play perfect, they very much could knock us off. They’re a very good team.”