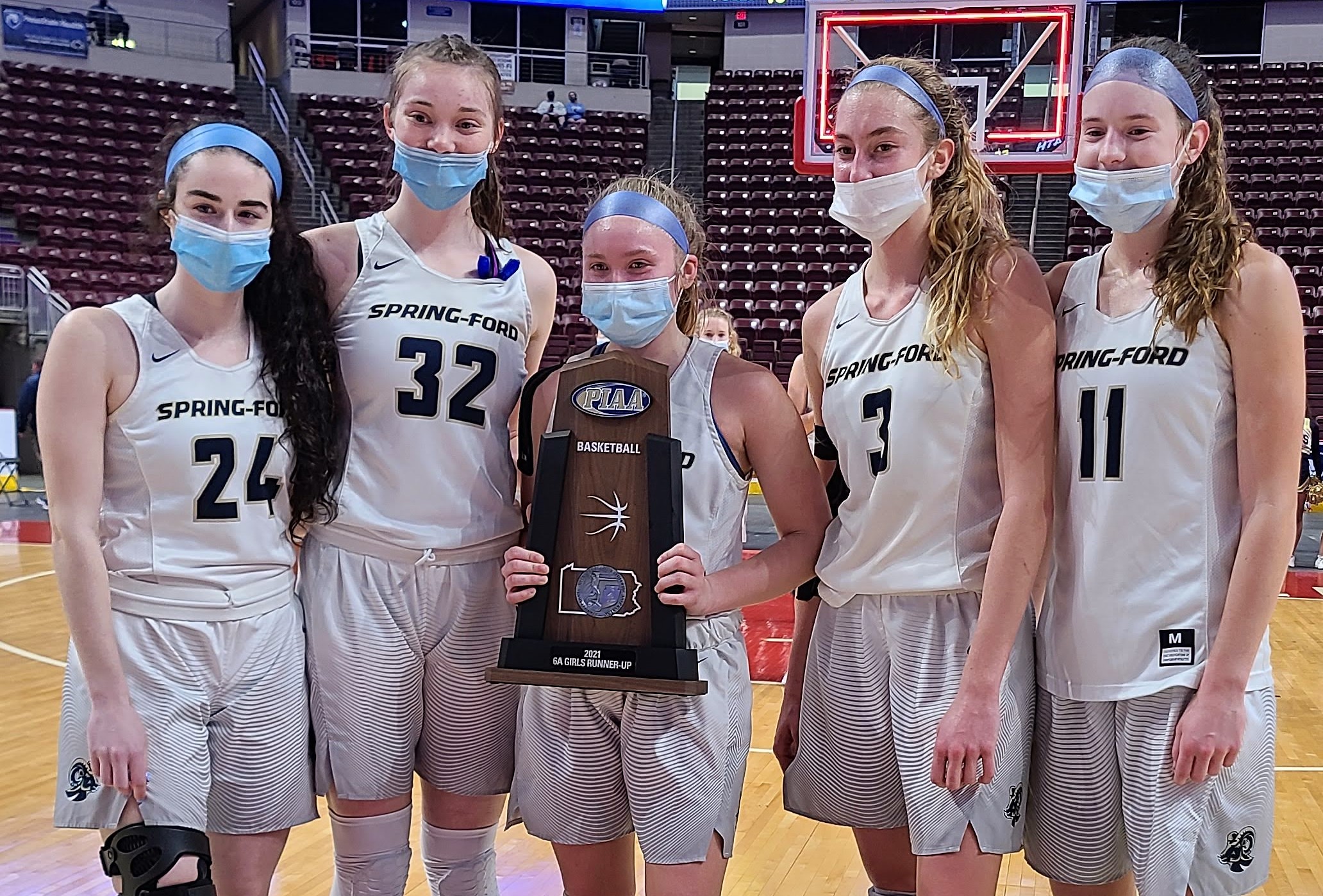 When the Spring-Ford girls basketball team last played at the Giant Center, it felt it could become an annual occasion.

With a PIAA championship in 2013, another finals appearance in 2014, and a program hitting its stride one could’ve been forgiven for getting ahead of themselves.

The easy road has rarely been the one taken by the Rams’ Class of 2021, but that road led them to where they’d always wanted: Hershey.

The final result wasn’t the one they’d hoped for — North Allegheny won its first state title with a 55-40 win over Spring-Ford in Friday’s girls’ Class 6A final — but there was no denying the Rams were back in the big time.

“We don’t want them to base their season off this one game. That’s unfair to what they’ve done for four years in their careers here,” said Spring-Ford head coach Mickey McDaniel. “And I don’t just mean November to March, I’m talking about out of season and how they’ve worked hard, playing their AAU games, individual workouts, open gyms.

“That’s where they were really truly champions, what they did to get to this point.”

“These past four years have been fantastic,” said Boyer, a two-year starter. “Every day everyone works hard in practice and pushes each other to be better each day. It’s a great experience. To be a part of this team is just amazing.”

Olsen and Tiffan were four-year starters and impact players from the moment they joined the Rams.

Olsen goes out as of the PAC’s all-time best, finishing her career with a program-record 1,697 points and will almost assuredly be first team All-State as a junior and senior.

She was already the best in the area as a sophomore – she was Mercury All-Area Player of the Year the previous two seasons – and lifted the Rams back to the perch it always chased.

“Just being a senior, you need to be a leader,” Boyer said. “The whole four years and this season, Lucy has been a great leader and she’s been pushing everyone to get better every day, talking to them on what they can do to get better.”

The urgency of the moment played a big role in the senior-year breakthrough.

Tiffan’s return from a lengthy injury that cost her most of her junior year was integral in the Rams’ balance and she was not only a shutdown defender but a complementary scorer this winter.

Boyer, headed to Immaculata University, became a strong 3-and-D player and record-setter when it came to taking charges while Bloomsburg recruit Hudak was the hard-working forward on the boards that every team needs.

“Being senior year for us, we pushed everyone really hard,” Tiffan said. “It’s the last year for us. We worked really hard and really wanted to get to this point.”

The season did not end with the win they wished, but the 24 wins that came before and a special class led Spring-Ford back to the level it belongs.