Girls Basketball Preview: Adamski, Olsen will be counted on at Garnet Valley 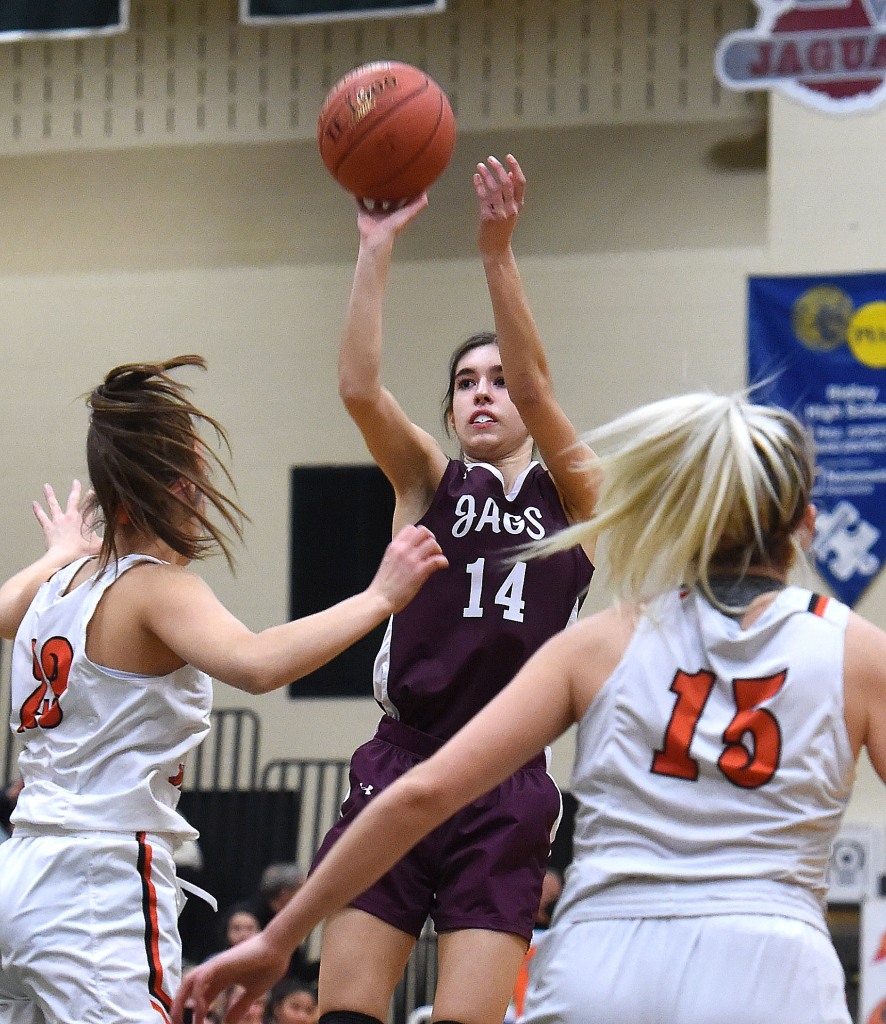 The top four teams from a year ago all have championship goals for this season in what should be a competitively balanced Central League.

Reigning champion Garnet Valley made a run starting in the middle of that 2021-22 season and never looked back, winning its first league championship since 2019. The Jaguars went 20-11 overall, and advanced to the District 1 Class 6A quarterfinals and PIAA tournament.

Marple Newtown made a surprising trek to the Central League final, ousting defending champions Springfield along the way. The Tigers posted 20 wins and won a state playoff game for the first time before falling to Springfield in the second round of the PIAA Class 5A tournament. They said goodbye to leading scorers Haley Levy and Nikki Mostardi, but senior point guard Mary O’Brien and senior forward Brooke Impriano are back on coach Ryan Wolski’s team.

Springfield (19-8) returns all five starters, all of whom are seniors: point guard Mia Valerio, guards Kaitlyn Kearney and Sophia Ward, and forwards Anabel Kreydt and Taylor Hunyet. Senior sharpshooter Lexi Aaron, who suffered a torn ACL early last season, is healthy again. At the time of her injury Aaron was enjoying a breakout season as the team’s leading scorer. Ky McNichol begins her ninth season as coach. The Cougars made it to the elite eight of the PIAA Class 5A tournament, falling to eventual state champion Cardinal O’Hara. Springfield will play this season as a Class 6A program.

One of the top players in the league returns for her senior year at Haverford. Caroline Dotsey, a power forward committed to Maine, has been a regular in coach Lauren Pellicane’s lineup since her freshman season. Catholic University signee Mollie Carpenter (Sr. F), Aniya Eberhart (Jr. G) and Rian Dotsey (So. G) are returning starters for the Fords, who went 20-8 and qualified for the PIAA Class 6A tournament a season ago.

Penncrest is coming off a 10-win campaign that led to a berth in the District 1 Class 5A tourney. Back for second-year coach Larry Johnson are Bailey Garrison (Jr. F), Kathryn Harding (Jr. F) and Emily Huggins (Jr. G).

Since the PIAA expanded from four to six classifications in 2017, Sacred Heart Academy, from the Catholic Academies League, is the only team to win the Class 2A title. The Lions won a first-round state playoff game last March as well.

Sophomore guard M.J. Donahue and junior guard Avery Schultz were important contributors to last year’s 10-win team and are expected to help lead the way for the Lions this winter.

In the Ches-Mont League, Sun Valley almost qualified as the 16th and final seed in the District 1 Class 5A tourney last winter. The good news is that senior guards Jaina Preuhs and Rory Tiedeman are back from that 10-win team, along with sophomore guard Brielle Wright, who saw a lot of playing time as a freshman, so the Vanguards should add a few more wins despite playing a tough schedule in the Ches-Mont. Tiedeman returns after missing all of 2021-22 due to injury. Tony Zambino begins his third season at the helm.

In the Del Val League, Academy Park was a young and inexperienced squad at this time last year, but managed to post an 11-10 record, win the league title and sneak into the District 1 Class 5A tournament as the final seed.

The Knights look to wind it back this winter facing similar challenges.

In the Inter-Ac League, Penn Charter captured the championship with an 11-1 league record, two games in front of Academy of Notre Dame and Germantown Academy.

Despite placing fourth in the league standings, Episcopal Academy had a 19-8 overall record and made it to the semifinals of the PAISAA tournament. Returning senior forward Gaeli Keffer- Scharpf earned All-Inter- Ac second team honors.