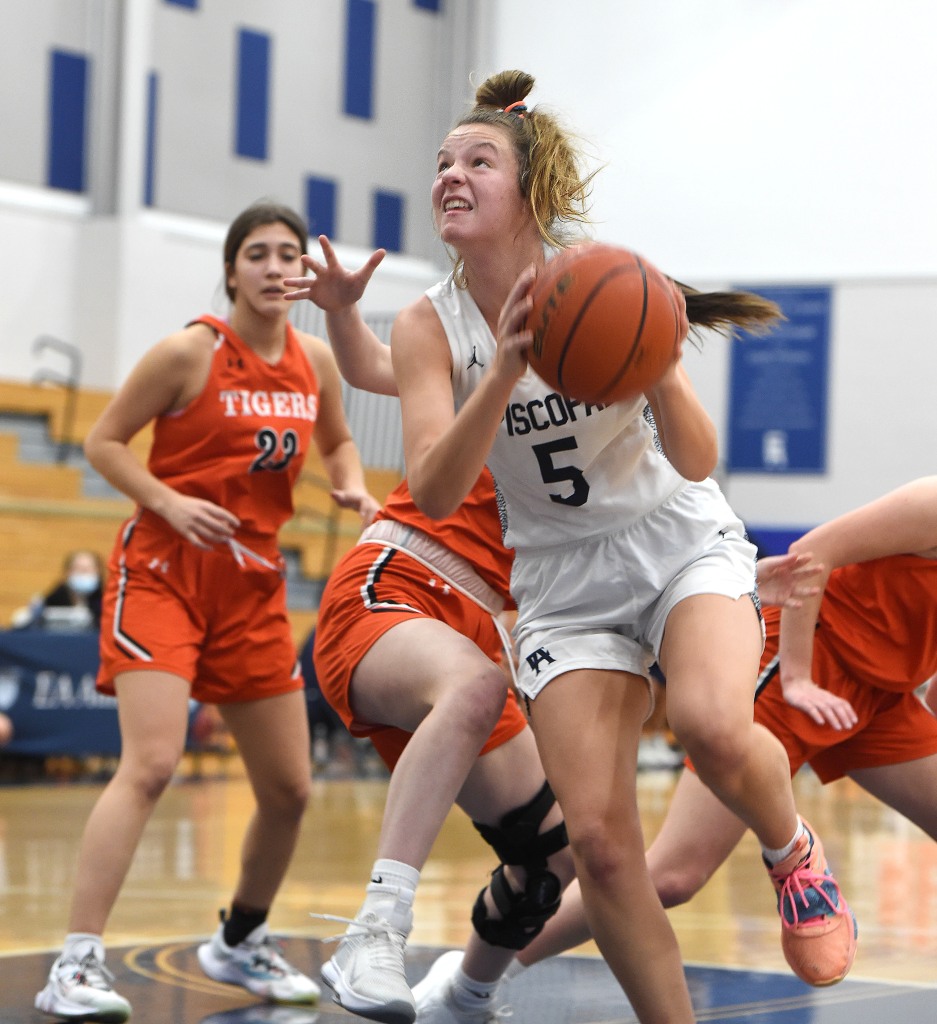 A pair of freshmen came through in the clutch as Sacred Heart rallied for a 46-43 nonleague victory over Bonner-Prendergast  in nonleague girls basketball action Friday night.

M.J. Donohue and Grace Brown combined for 17 points in the fourth quarter to help the Lions erase a 28-25 deficit. Donohue hit three 3-pointers in the final frame and finished with 12 points. Brown had 10 points while Ainsley Davis led SHA with a season-high 17 points.

Plymouth Whitemarsh 42, Cardinal O’Hara 30 >> Kaitlyn Flanagan and Quinn Daley scored 13 points each to help the Colonials finish undefeated (22) and clinch the top seed in the District 1 Class 6A tournament.

Sun Valley 56, Renaissance Academy 32 >> Guards Aliceia Whitfield, Brielle Wright and Jaina Preuhs combined for 39 points, 11 steals and six assists to keep the Vanguards (10-12) in the hunt for a District 1 Class 5A playoff berth.

Whitfield paired a game-high 19 points with six steals and two assists. Wright had a season-high 15 points to go with two steals and one assist. Preuhs also scored 15 points, handed out four assists and made three steals.

Council Rock North 40, Academy Park 33 >> The Knights outscored the Indians, 25-16, in the second half but it wasn’t enough to erase a 24-8 halftime deficit.

Penncrest 63, Chichester  33 >> Kathryn Harding and Bailey Harrison showed the way for the Lions. Harding finished with 17 points and 10 rebounds. Garrison contributed 10 points and five steals to a defense that held the Eagles to single digits in every quarter.

Archbishop Wood 57, Notre Dame 33 >> The visiting Vikings jumped out to a 20-4 lead after one quarter and never looked back. Allie Fleming led Wood with 17 points.

Annie Greek had nine points for the Irish while Katie Halligan added seven.

Episcopal Academy 49, Germantown Academy 34 >> The Churchwomen turned up the defensive pressure, holding the Patriots to 16 points in the second half.

Riley Cassidy spread her game-high 18 points evenly throughout the game. She had 10 in the first half and eight in the second half. Amanda Purcell chipped in with 10 points.

In the Del Val League Thursday:

Interboro 31, Penn Wood 25 >> Sophomore Alaina D’Angelo and freshman Grace Brigtht shined on senior night as the Bucs scored the last 10 points to record their fifth in in their last seven games after an 0-12 start. D’Angelo collected eight points and six rebounds while Bright added six points and six boards.