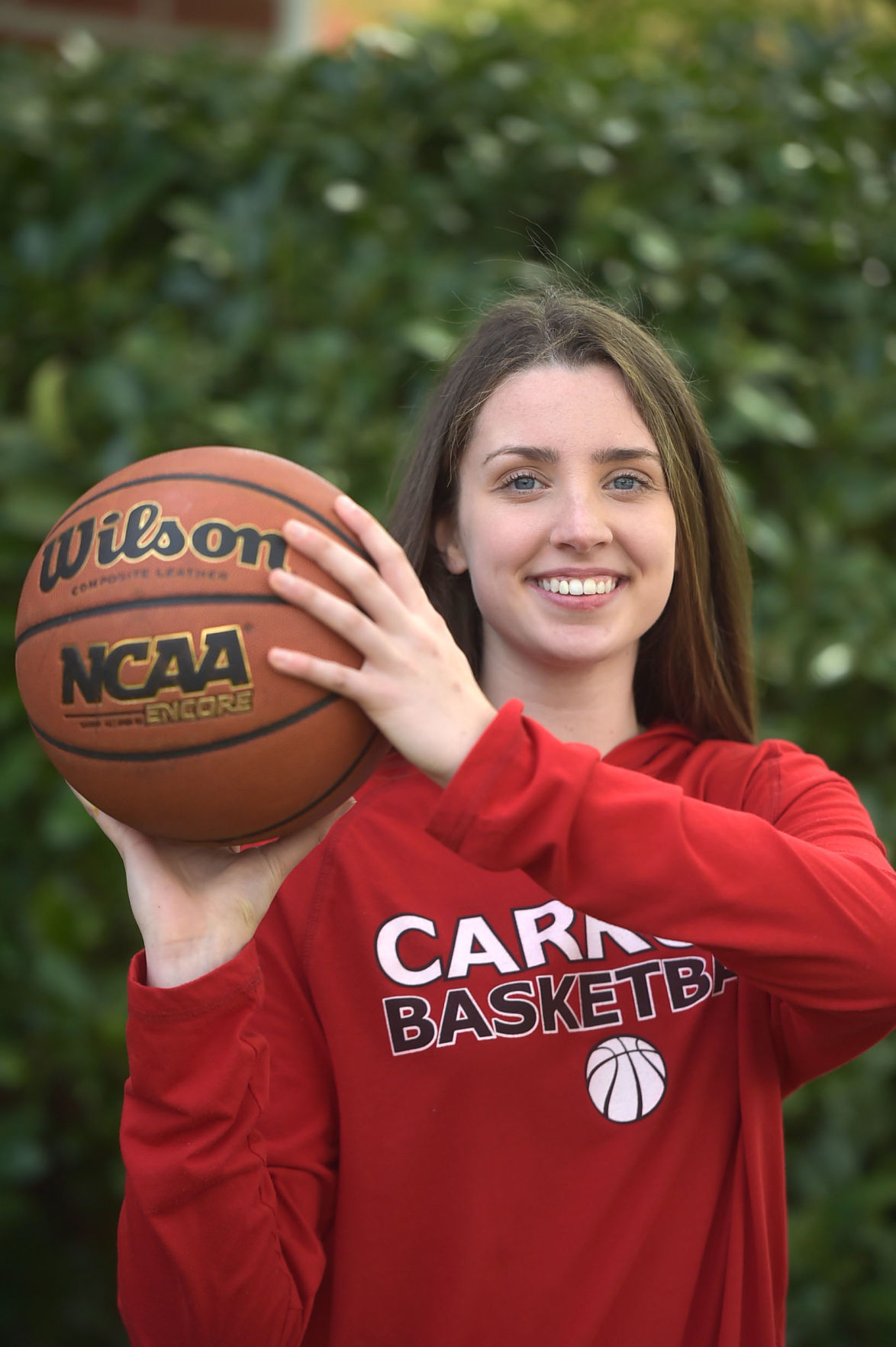 Archbishop Carroll's Erin Sweeney, the 2019-20 Daily Times Girls Basketball Player of the Year, was named to the Class 5A all-state first team by members of the media Monday. (Pete Bannan/MediaNews Group)

Sweeney overcame an early-season injury to guide the Patriots to another winning season, one year after leading the program to the Catholic League championship and a trip to Hershey to play for a PIAA Class 5A title.

With Sweeney showing the way, the youthful Patriots captured third place in District 12 and advanced to the quarterfinal round of the Class 5A tournament before play was suspended and ultimately cancelled due to the coronavirus outbreak.

The Pa. Sports Writers All-State teams are voted on by reporters throughout the state who cover basketball on a regular basis.

Sweeney, who eclipsed the 1,000-point mark as a junior, finished her senior campaign as the sixth-leading scorer in Delco with 15.4 points per game. Her 44 made 3-pointers were seventh in the county.

A four-year starter for coach Renie Shields, Sweeney made the Class 5A second team a year ago. She will continue her playing career at Drexel University.

Scott received all-state recognition for the first time after earning first team All-Delco honors just last week. The two-year starter is one of the top up-and-coming talents in the Philadelphia area and the leading performer on the No. 1 team in Delaware County.

A dynamic scorer and playmaker, Scott averaged better than 12 points per game en route to helping the Lions to the quarterfinal round of the Class 6A playoffs. Her clutch free-throw shooting in the fourth quarter lifted the Lions to victory in the second round of states.

Other members of the Class 5A first team include Archbishop Wood’s Kaitlyn Orihel, who was voted Player of the Year. The senior guard paced Wood to the District 12 Class 5A title and the PIAA quarterfinals after taking the runner-up trophy in the Catholic League. She averaged 15.1 points and shot better than 60 percent inside the 3-point line.

The Coach of the Year award was given to Chartiers Valley’s Tom McConnell, a repeat selection. With McConnell at the helm, Chartiers Valley has won 57 consecutive games dating to the start of the 2018-19 season. McConnell is the father of current NBA player and former 76er TJ McConnell.

Burke was named Player of the Year. She averaged 12.4 points per game and guided CB West to the District 1 championship while advancing to the second round of the PIAA tournament. She finished her career with more than 1,300 points.

North Allegheny’s Spencer Stefko was selected Coach of the Year in Class 6A.