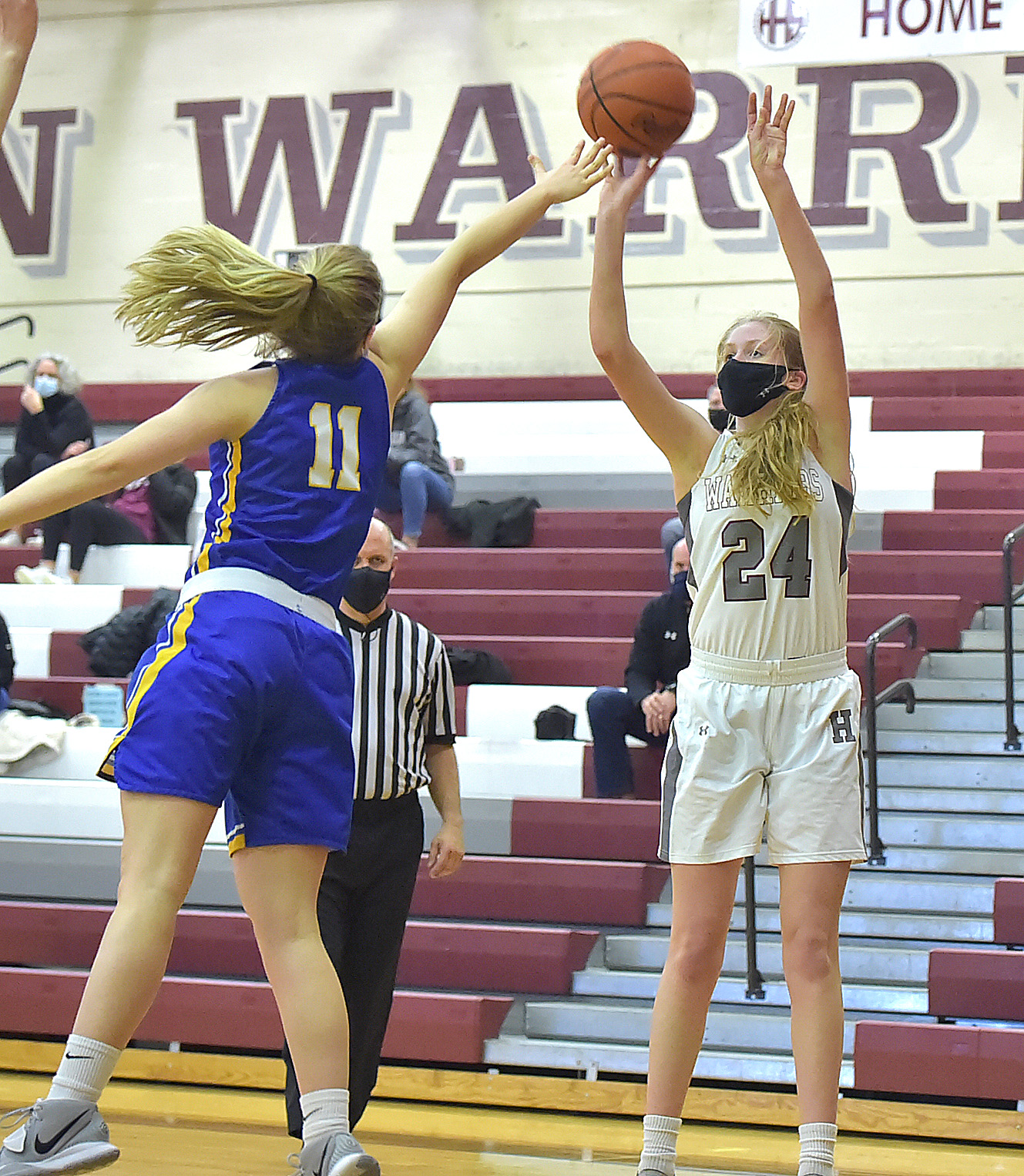 A four-year starter and two-time all-area pick, Klieber led the Ches-Mont in scoring (16.1 per game) and added 7.3 rebounds and 2.0 steals per game. The senior guard knocked down 34 3-pointers in 2021 and finished with 1,179 career points, which is fourth all-time at East. “Lauren came to play every game and her hard work filled up the stat sheet for us every night,” said her coach Erin Listriani. “She gave this program everything she had.” She is headed to Neumann University this fall.

A star in the making, McGurk had a breakout season for the Golden Knights. The sophomore forward averaged 15.3 points per game, connected on 71 percent on free throws and powered Rustin to a playoff run that included a game-high 21 points in a win at Downingtown East. “In my opinion she is one of the best players in our area,” said her coach Lauren Stackhouse. “She is a game changer and a Division I college prospect.”

Just a sophomore, Sundback stood out among a talented team by averaging 16.3 points, 3.0 rebounds and 2.3 assists. A combo-guard who hails from Staten Island, NY, Sundback connected on 46 percent from beyond the 3-point line. “Grace is a terrific 3-point shooter with range that extends to the NBA line,” said her coach Fran Burbidge. “She is tough, she plays hard and has a good basketball IQ. She already has multiple (NCAA Division) I offers.”

The senior shooting guard’s numbers dipped slightly but she still averaged 12 points and five rebounds per game. A two-time all-area first teamer, Manion has signed to play at Division I Merrimack (Mass.) College. “Molly is the most athletic player in the league and could match-up defensively with any position,” said her coach Greta Neff. “She was always dangerous with the ball because of her size and ability to score in so many ways,” added Coatesville head coach Scott Barker.

The most complete point guard in the area, McFillin was a three-year starter and the Cougars lost just twice against league foes in the regular season. The senior averaged 10.5 points and 3.2 assists, and knocked down 35 3-pointers. “She did all of that and constantly had the ball in her hands,” said her coach Tom Schurtz. “She is an elite level high school point guard. It was a joy to have somebody who could handle with both hands, set up her teammates, and knock down the open shot.”

The Longhorns were a preseason longshot on the Ches-Mont American, but under Ellzy Unionville won the unofficial division crown. Along the way, Ellzy’s squad endured a three-week hiatus due to the coronavirus pandemic, but still faced powerhouse Downingtown East in the unofficial Ches-Mont title clash before falling by nine.

For Ellzy’s sixth season at the helm, Unionville finished with a 7-3 overall record and earned the seventh-seed in the 6A District Playoffs. And he did it with a youthful roster that featured no players who managed to average more than 9.7 points per game.

Two of his top three were underclass players – sophomore Riley Angstadt and freshman Milana Amoss — and four of Ellzy’s top seven are expected to return next season. The biggest Unionville wins in 2021 included a 46-43 triumph over West Chester Rustin and a 44-42 victory over West Chester East.