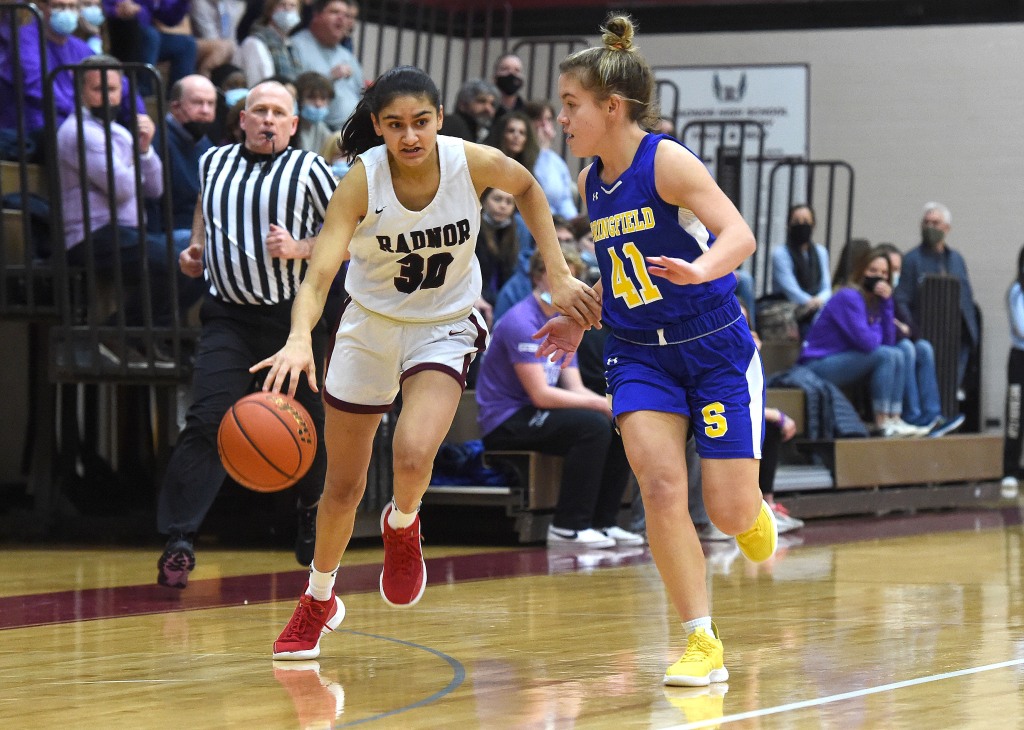 Radnor's Mary Sareen drives to dribble past Springfield's Mia Valerio Tuesday. Sareen scored the winning basket with less than 30 seconds to play to give the Raptros a 31-30 victory. Radnor also clinched the sixth and final spot in the Central League tournament. (PETE BANNAN - DELCO TIMES)

Mary Sareen hit a trio of 3-pointers and finished with a team-high 13 points as Radnor kicked off the 2022-23 season with a 40-29 victory over Kennett at the Downingtown West Tournament.

Strath Haven 42, Academy Park 35 >> Lauren Shea scored 10 points and made three steals to lead the Panthers to the win.

Haven outscored the host Knights 20-8 in the third quarter. Sierra Felder had 10 points and Olivia Voshell had six points and five rebounds.

Elise Olmstead was first in the diving event and was a member of the winning 200 medley relay and 200 free relay.

Ridley 95, Cardinal O’Hara 85 >> Rori Kennedy was first in the 200 individual medley for the Green Raiders. Kayleigh Kennedy won the 50 free and Jolie Torrens had the top diving score.

For O’Hara, Madison Gibson was first in the 100 free.