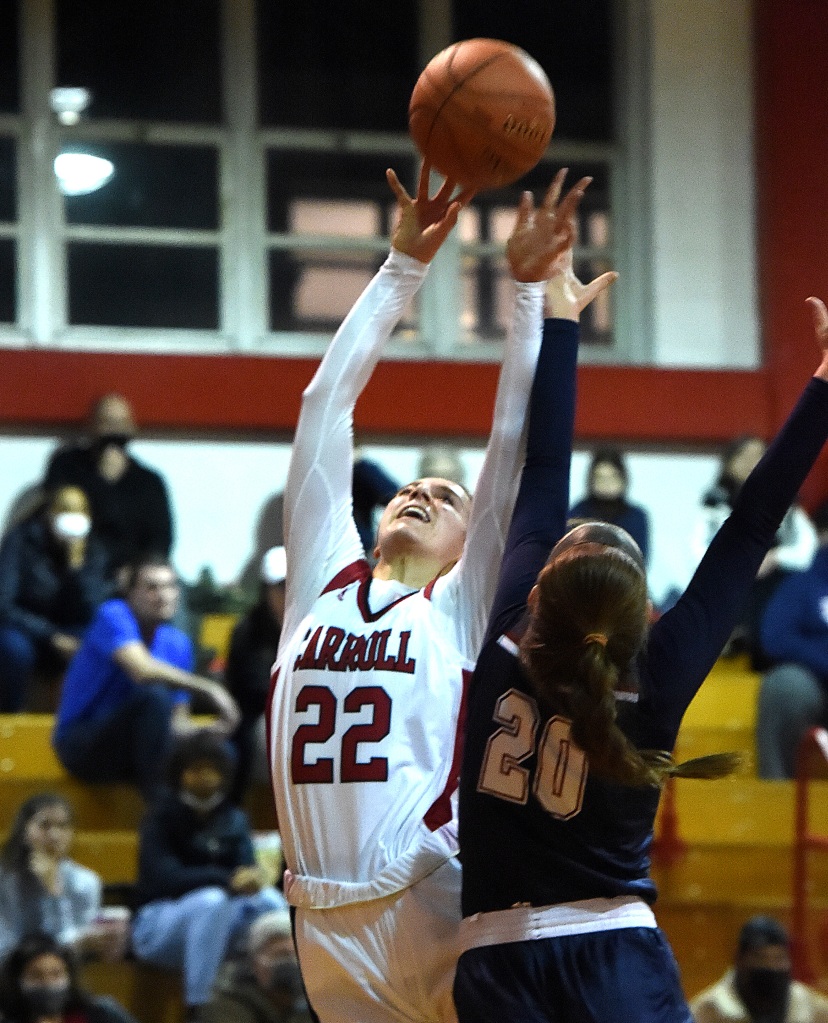 Archbishop Carroll made quick work of West Catholic in the quarterfinal round of the Catholic League playoffs. Taylor Wilson poured in 19 points as the Patriots rolled to a 57-19 win Thursday.

Wilson and O’Neill were selected to the All-Catholic League first team Thursday.

In the other PCL quarterfinal:

Cardinal O’Hara 55, St. Hubert 25 >> Maggie Doogan provided 14 points and Sydni Scott finished with 10 to pace the No. 2 Lions, who led 41-6 at halftime. Doogan and Scott were named first-team All-Catholic earlier in the day.

O’Hara will meet Archbishop Wood in the semifinals Tuesday at Conwell-Egan.