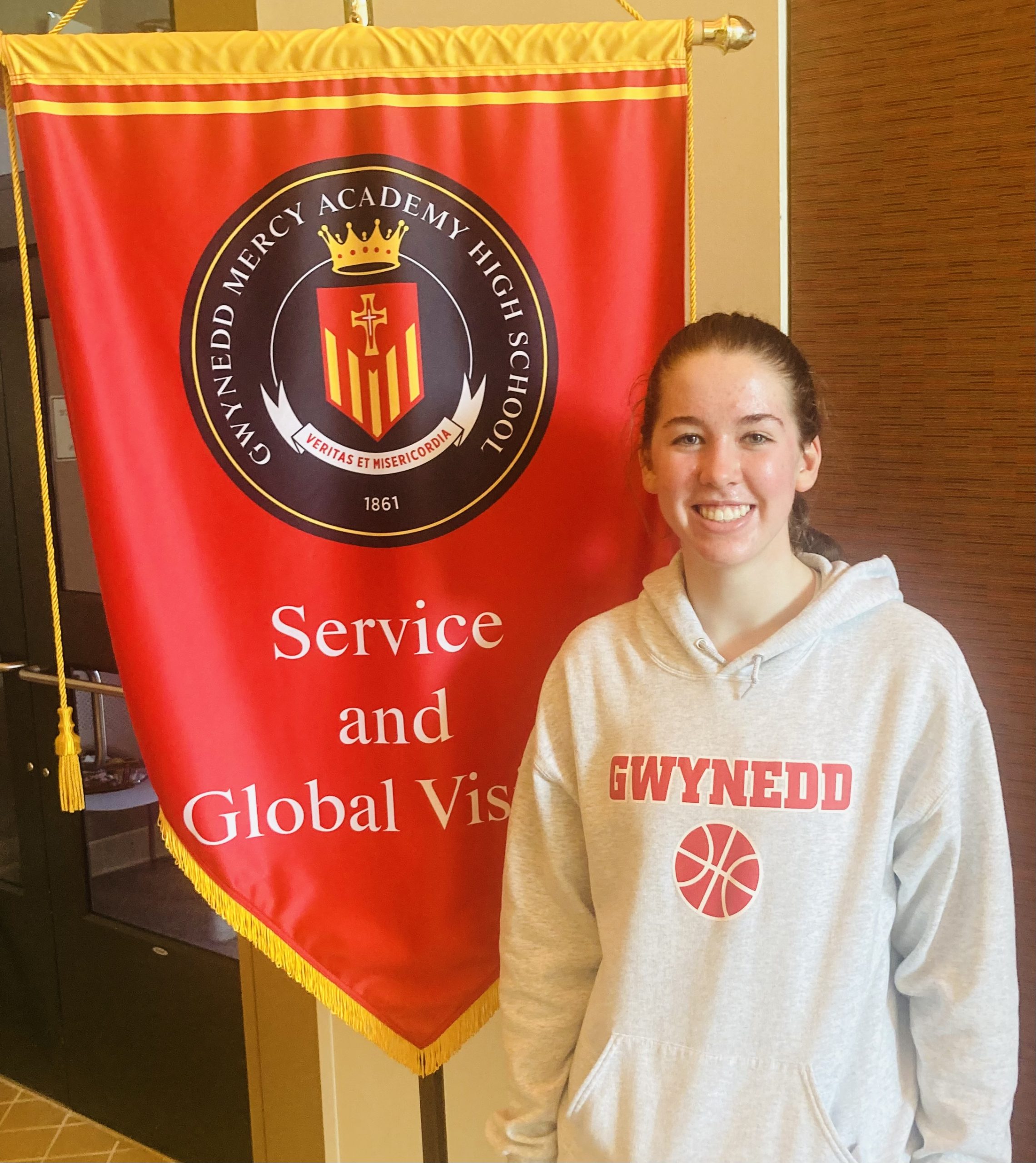 GWYNEDD VALLEY — When Kiera Coyle came out and started burying outside shots for Upper Moreland on Saturday, spurring the Bears to an early 10-6 lead, it could have been a major bump in the road for Gwynedd Mercy Academy.

But instead, the Monarchs displayed their ability to adjust.

“That had us tweak some things on defense because we weren’t expecting that from (Coyle) and she came out and hit a couple of threes in the first quarter,” said GMA coach Tom Lonergan.

Not only did the Monarchs contain the hot-shooting Coyle the rest of the way in their 41-26 victory, they played tremendous team defense overall, closing the first quarter on a 10-0 run and holding the Bears to 16 points for the remainder of the contest.

“Maddie Newell played really good defense on (Emmyfaith) Wood,” Lonergan said of his senior guard, “keeping her in front of her for the most part. And taking away her threes. I thought we did a really good job of getting through their screens.

“Dylan (Burke), our center, had a tough matchup with (Holly) Gohl, because she’s a kid who can go inside and outside. And that’s why we thought with Dylan, she can control Gohl on the inside so we just had to worry about her on the outside.”

And there are many reasons for the zero in the loss column.

Said Burke, the Monarchs’ versatile, 6-foot, sophomore center: “I think our defense is our anchor. And we turn our game around with that.”

“Defensively, we did what we needed to do,” said Lonergan, who guided the Monarchs to the PIAA-4A State Quarterfinals a season ago. “To Upper Moreland’s credit, they played excellent defense too. They didn’t give us a lot of extra shots. They took away some of our easy stuff that we normally would get. And they made us really work for our points. Upper Moreland played tremendous out there and Matt (Carroll’s) a tremendous coach. They’re gonna do really well in (5A).”

GMA shot below its average but the Bears’ defense had a lot to do with that.

“For us, it’s great (to go against different defenses), and we’re getting a lot of different looks from these teams we’re playing,” Lonergan said. “(Carroll) gave us another different look tonight and I thought our team handled it well. We just didn’t shoot as well as we normally do. A lot of credit to Upper Moreland – they played really tough on us defensively.”

Gwynedd Mercy’s (25) Dylan Burke grabs a rebound from Vllla Maria’s (24) Ella Iacone in the first quarter of their match-up at Villa Maria Tuesday evening, Jan. 11, 2022. Defense and rebounding have been key for the Monarchs. (PETE BANNAN – DAILY LOCAL)

Raising its own defense up a notch was a major focus for unbeaten GMA.

“In previous weeks, our offense really started to click,” Lonergan said. “We were getting double figures from four different players. Dylan was chipping in with six or eight once in a while. So we were scoring in the upper 50’s and putting a lot of points on the board. But I was harping on them that our defense was kind of slipping a little bit. I said we just gotta refocus on the defensive end to get back to where we were. Our goal is to keep teams under 30 if we can. That’s what we did this week – we got back to doing that.”

And the Monarchs didn’t let the rough start deter them.

“After the first quarter, we really needed to focus on communicating as a team and I think going into the second, third and fourth, we were able to play team defense, and that really paved the way for us to win that game,” said Burke. “It was really a great game. I think the amount of focus we had really showed on the court because (Upper Moreland) came out with a plan for us, but we were able to counter that plan.”

Saturday could wind up serving as a nice preview of things to come between the two squads, as GMA moves up to 5A next year.

The Monarchs have their Senior Day Monday against Nazareth Academy and then have a Thursday, non-league, makeup game at Unionville.

Next Saturday night, they start the Catholic Academies League Playoffs at Cabrini College, at 7:15 against The Mount.

Said Burke of the upcoming postseason: “I’m excited, and I think the more we play, the better we get. I can’t wait to see what happens.”