Coach Schurtz stepping down after 6 seasons at Downingtown East 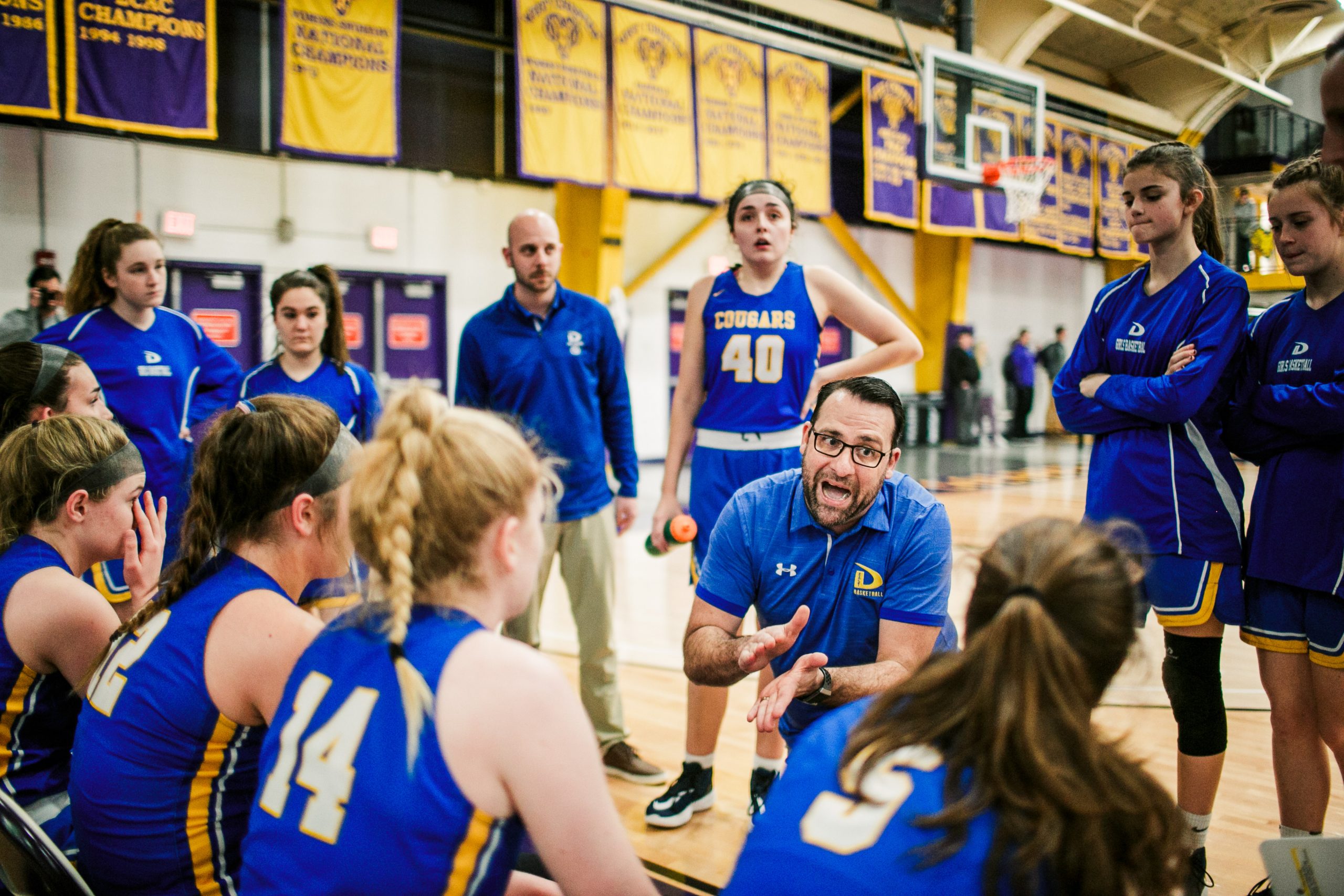 UWCHLAN >> Downingtown East basketball coach Tom Schurtz is stepping down from his duties in order to … watch more basketball.

After six successful seasons at East, and 16 previously at Upper Merion, Schurtz is giving up coaching so that he will be able to attend his daughters’ games beginning next fall at rival Downingtown West.

“I thought about maybe staying on when Samantha got to high school,” Schurtz said. “But the COVID season made it clear to me that I didn’t want to miss any of her games.

“I know that my players, looking up into the stands on away games and not being able to see their parents, was very different and very difficult for everyone.”

It marks an end to a quarter century of coaching for Schurtz. His teams were 217-165 at Upper Merion and 107-49 at East, which adds up to an overall winning percentage of .602.

“It hasn’t set in yet. It’s just weird to think that I am not going to be coaching,” he acknowledged.

Current senior guard Caroline Brennan was a four-year starter for Schurtz. The Cougars went 43-5 during her high school career against Ches-Mont National foes.

“Coach Schurtz did wonders for our program,” she said. “He has so many years of head coaching under his belt and he knows his stuff. I would not be the player I am today without him.”

When Schurtz arrived at East in 2015, he was replacing a true legend in Bob Schnure, who won 791 games in 35 years at Downingtown High School and Downingtown East. Schnure’s teams won 20 league or division championships, 11 district crowns and five state titles.

“Those were big shoes to fill,” Schurtz confirmed. “Whoever took the job had to have an identity of their own beyond Downingtown East. I coached for 16 years at Upper Merion. But Bob was nothing but supportive.

“I understood I wasn’t replacing a run of the mill coach. The amount of success Bob at Downingtown and Downingtown East was remarkable. You have to respect that tradition but also have to be willing to forge your own path. I was happy that the last six years we did that. We found our own way.”

Looking back, Schurtz now understands that going from Upper Merion to Downingtown East was a big leap forward in everything from competition to expectations.

“At Upper Merion it had a small-town feel of coaching a good girls’ program,” he said. “At Downingtown East, we played at a very high competitive level in our league and in the district. And the community support for the team and the interest in the girls was elevated.”

Under Schurtz, the Cougars won 68.5-percent of the time, including Ches-Mont titles in each of his final three seasons. East was the District 1 runner-up in 2015-16, his first, and made the PIAA Tournament field three times.

“But this season really stands out because of the difficulty surrounding it,” he said. “We had a tremendous group of young women and parents that navigated this. To have the record we had after what we had lost and the complications.

“I think a lot of coaches will look back on this season with the most pride because of the sacrifices everyone had to make.”

An English teacher at Upper Merion for 24 years, Schurtz plans to keep teaching. But he also plans to spend a lot of winter evenings with his wife, Ranette, watching their daughter Samantha as she plays for the Whippets.

“The thought that she would put in the work required at the high school level and to look up the stands and I would never be there — simply because we’d be playing at the same time – wasn’t something I wanted,” Schurtz explained.

“At some point you have to take a step back and say maybe it’s time to be just be a dad.”