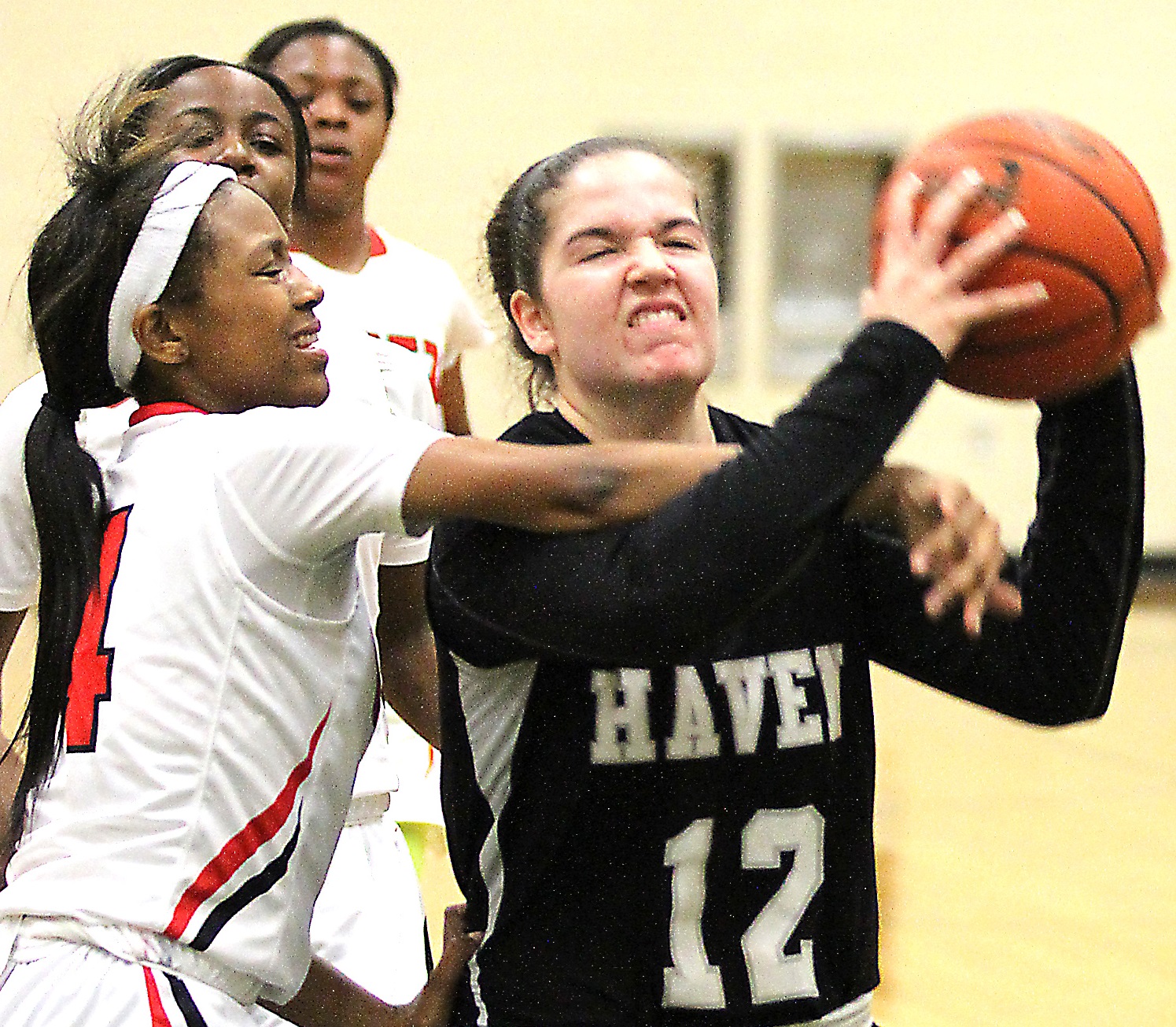 Pat (Class of 2009), Will (‘13) and Mike (‘14) all were role models to Katie, who would become one of the best female athletes in school history. Fisher used to stare at the gymnasium banner with the names of Strath Haven’s 1,000-point scorers. She dreamed that one day her name would be on that banner, too.

When the senior reached the big milestone in a win over Chester at the Ridley Holiday Tournament Tuesday, she let the moment sink in as she thought of the ones who inspired her to play basketball in the first place.

“My older brothers have guided me so much and helped me so much, I pretty much owed it to them as a way to show them all they have done for me,” Fisher said Wednesday following a 47-34 victory over Simon Gratz, one day after becoming the eighth girls basketball player at Strath Haven to reach the 1,000-point mark. “I put in the hard work to get there.”

A four-year starter, Fisher is the shining star for a Panthers team (3-5) that has won three straight games after a slow start to the season. Fisher led all players with 22 points Wednesday on the heels of pouring in a game-high 28 points in Tuesday’s rout of Chester.

When things weren’t going the Panthers’ way Wednesday, Fisher’s voice could be heard instructing teammates where to play and who to guard. Fisher has the makeup to coach basketball when she gets older.

“I know I have to help the young players,” she said.

A big reason for Strath Haven’s early struggles — that is, before its recent streak of success — is the absence of Rachel Vresilovic. Due to injury the senior forward hasn’t played this season.

“Rachel is such a big part of our program. She has a double-double every game,” said Fisher, who grabbed 17 rebounds, dished three assists and made three steals Wednesday. “Because we have so many young players coming up from JV, it’s a learning process. I’m trying to teach them what to do on the court and give them confidence every day and tell them to go shoot the ball.

“It’s growing pains. It comes along with every team.”

Fisher is tough to stop when she drives to the hoop. She’s one of the best in the county at taking ownership of the floor.

“That’s her nature,” said first-year varsity coach Allison Weiss, who was Strath Haven’s JV coach prior to this season. Weiss was an All-Delco basketball player at Springfield in 2005. “Every year she’s matured and grown into more of a leadership role just naturally. She’s worked really hard in the offseason to be ready.”

Fisher, who plays with the AAU Comets, one of the premier travel-ball organizations in the nation, realizes that she

is being counted upon to carry the Panthers back to their winning ways. Last year Haven posted a 19-6 record and fell to Garnet Valley in the Central League title game.

“This year, because we lost so many key players, I’ve just been trying to do more of the little things to help,” Fisher said. “With driving, that has the defenders collapsing, which opens up opportunities for my teammates to score. It gives my teammates opportunities to hit a shot if I get them the ball.”

Fisher was hindered by foul trouble in the second half Wednesday. When she exited in the third quarter, Strath Haven had a seven-point lead. A 13-4 run by Gratz to end the period put the Panthers in a hole. Still glued to the bench, Fisher watched as Olivia Fender came up with a steal and a layup to tie the game at 32. Morgan Hotham made two free throws to put Strath Haven in front to stay, and Kaylyn Crowley swished a long two-point shot to extend the lead to six.

“We’ve been looking for more balanced scoring,” said Fisher, second in Delaware County in scoring average (21.4 ppg.). “Coming into this year it was just me and Kaylyn with varsity experience, but now all these kids are gaining experience and gaining confidence to get the ball and shoot it.”

In the other game at the Ridley Tournament:

Ridley 67, Chester 29 >> Freshman Paige Gabriele impressed with 12 points as she helped the Green Raiders (5-4) trounce the Clippers. Gabriele was a perfect 6-for-6 from the foul line.

Hailee Mayer also netted 12 points in the win and Hannah Crowley tossed in 11 for Ridley, which jumped out to a 23-5 lead after eight minutes.

At the Boardwalk Classic:

At the Daytona Sunshine Classic:

Bonner-Prendie 53, Redan (Ga.) 41 >> Princess Clemons had 11 of her game-high 18 points in the first quarter and grabbed nine rebounds to lead the Pandas (6-1) to a third-place finish. Caroline Manfre totaled 14 points and seven boards. Clemons and Manfre earned all-tournament honors.

At the Carolina Invitational:

Archbishop Carroll 46, Hammond (Md.) 44 >> Molly Masciantonio (22 points) made the winning shot with less than a half-minute to go in regulation.