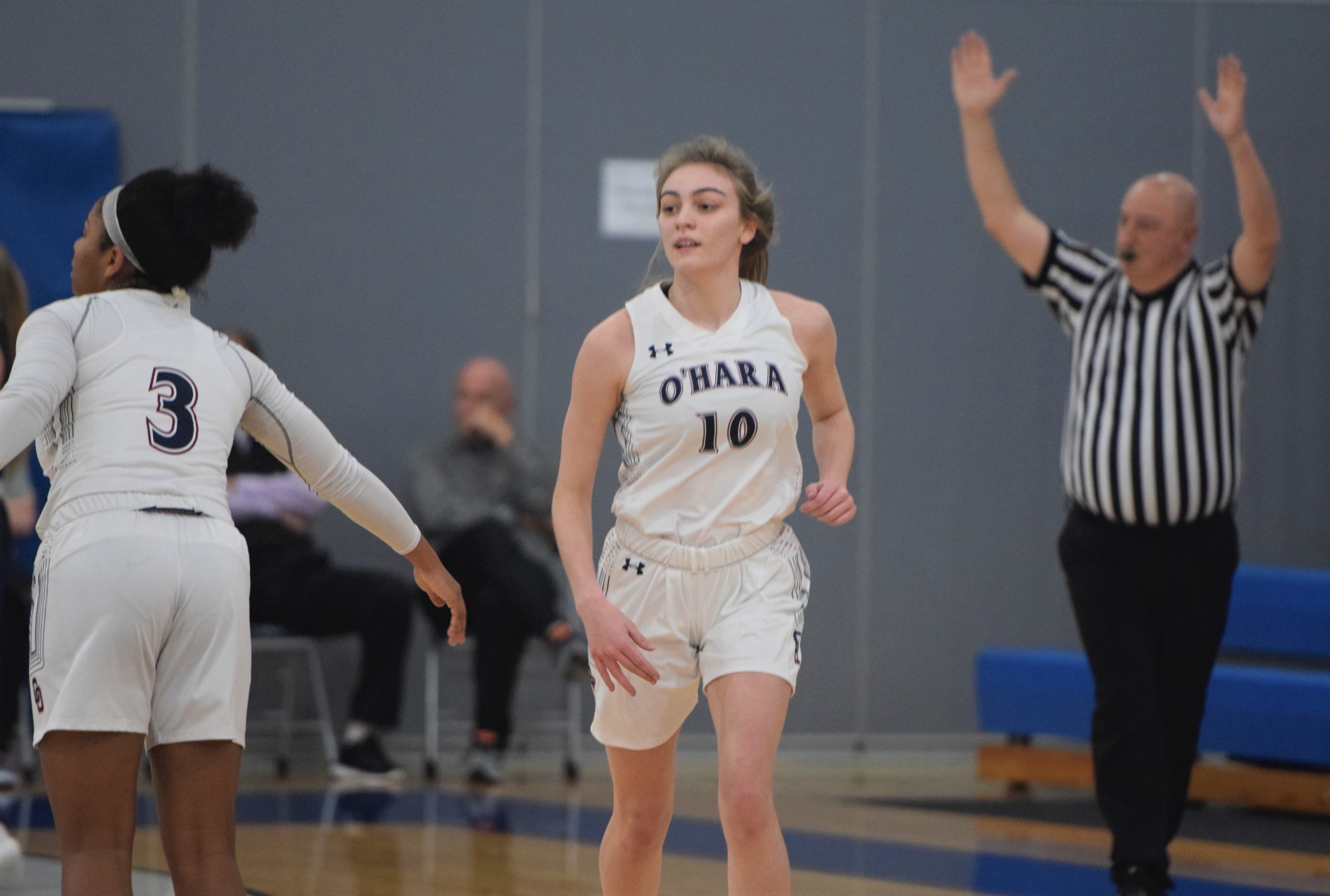 The Cardinal O’Hara senior is the glue that keeps the high-flying, extremely talented Lions together. She’s not flashy and doesn’t get the majority of shots, usually reserved for star juniors Sydni Scott and Maggie Doogan, but she does so many little things that don’t show up in the box score.

Boylan, a three-year varsity starter, scored 13 points and had a game-high four steals Friday to help O’Hara punch its ticket to Sunday’s Catholic League final. The second-seeded Lions cruised past No. 3 West Catholic, 57-40.

O’Hara will play No. 1 Archbishop Wood at 4 p.m. Sunday at Archbishop Carroll. Wood defeated Carroll, 38-37, in the other semifinal.

Boylan, who is bound for Marist College, played another outstanding all-around game. Her lockdown defense caused havoc for West Catholic guard Ciani Montgomery, who was limited to four points.

“I just know I have to play good defense and do what I can to help us win games,” Boylan said. “We have so many great scorers on the team. I just help out whenever I can, but I put a lot of my energy focusing on playing defense.”

On the offensive side, Boylan shot 5-for-7 from the floor and hit three 3-point field goals. She ignited O’Hara’s offense with a steal off a full-court press in the opening minutes, setting the stage for a 13-4 O’Hara run to close the first period.

“I think sometimes she views herself as a 3-point shooter and we’re trying to get her to go to the rim even more because she’s very athletic. On defense, she doesn’t back down and she wants to guard the best player on the other team,” O’Hara coach Chrissie Doogan said. “She’s so athletic and she can guard anyone on the floor.”

Boylan was one of three starters to reach double figures Friday. Maggie Doogan netted a team-high 15 points on 7-for-11 shooting to go with five rebounds and a pair of steals. Scott produced 13 points and dished out a game-high eight assists.

The Lions, by far the No. 1 team in Delco and a favorite to win a PIAA championship in Class 5A, is playing its best basketball at the right time. After they dropped a 63-62 decision at West Catholic on Feb. 20, the Lions (12-3) have won nine consecutive games on the way to Sunday’s PCL final.

“We are way more confident, but we also learned that it’s not just how you start, but how you finish games,” said senior guard Amaris Baker, who added seven points, two assists and two steals. “If we start a game in a good rhythm and everything, we’re going to finish well. That’s been the main difference from the first game (against West Catholic).”

O’Hara shot a crisp 21-for-44 from the floor, including 7-for-19 from 3-point range. It didn’t commit a turnover in the first half, a clear sign the Lions are definitely finding a rhythm on offense.

Maggie Doogan was unstoppable in the second half, dominating the low post and cutting to the hoop with the elegance of a Division I-level big. She tallied 10 points after halftime.

The Lions had the pleasure of knocking out the reigning Catholic League champions. Senior guard Destiney McPhaul, a Virginia Tech commit, was a force when driving to the basket. She accounted for 26 of her team’s 40 points.

The Burrs cut their deficit to eight points midway through the third quarter, but the Lions always had another run in them. Annie Welde scored five straight points during a 10-2 spurt in the fourth quarter. The sophomore finished with five points, six assists and two blocks.

“We’re excited to play (in the final),” Baker said. “For three years, we’ve been playing together and working toward this. Our goal is to win a Catholic League championship together and it took a lot of hard work to get here.”