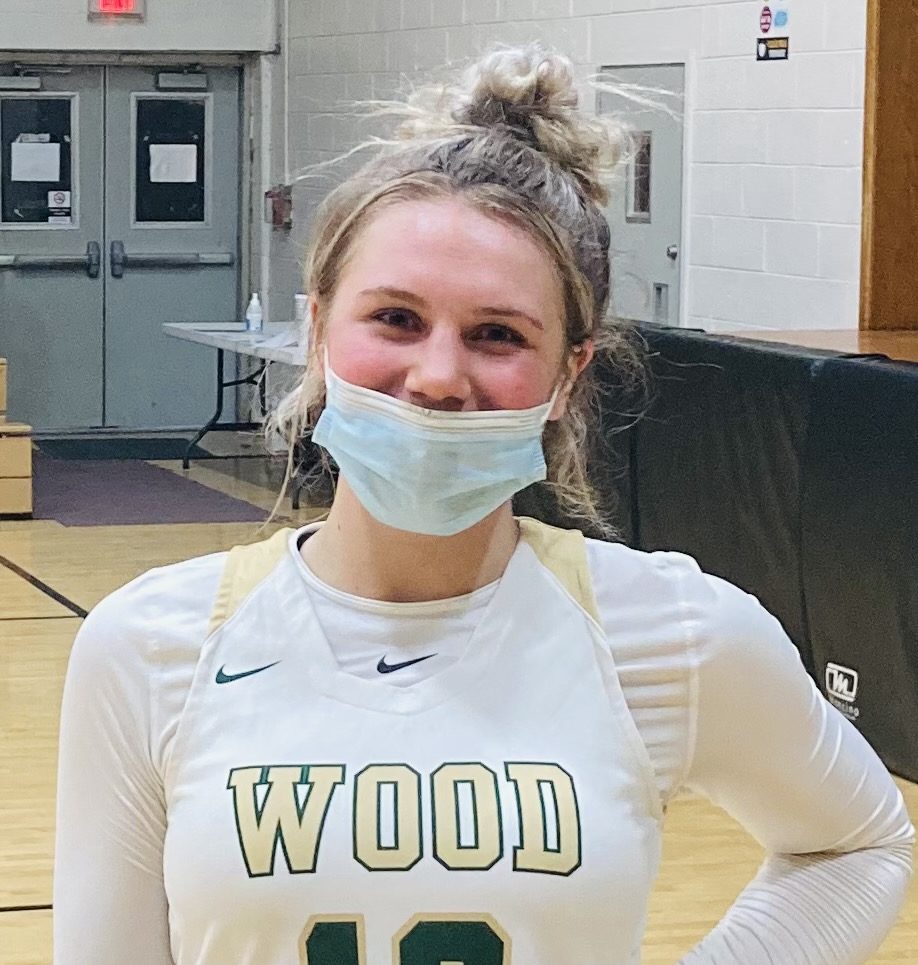 “We make every day matter.”

The Vikings played like it on Thursday, particularly on defense, shutting down Philadelphia Catholic League rival Lansdale Catholic, 56-24.

“We try to focus on defense because that always comes first,” Bowen said. “And then let our defense lead into our offense.”

With the win, the Vikings raised their record to 9-1, with a home game against Bonner & Prendergast on tap for Friday night at 7. A win sends Wood into the PCL Title Game, either as the No. 1 or 2 seed.

“We want to get into the PCL Championship,” Bowen said of the focus down the stretch. “We lost the last two years and that’s our goal, to win it.”

Bowen played a pivotal role on defense for the Vikes, limiting LC guard Olivia Boccella to a lone three-pointer as Wood built a 26-5 lead by the break.

“Our defense was really good tonight,” McDonald said. “I thought we did a really good job with how we wanted to play against certain kids.”

Initial Push >> It was a rough start shooting-wise for both teams but Wood got the early jump.

The Vikings worked hard on defense and began to find some flow on the offensive end.

Bowen battled inside for four points in the opening quarter and Dana Kiefer had five.

The Vikings’ press was doing its job as Wood opened with a 5-0 lead.

Crisp passing led to a basket by Kiefer and a three by Delaney Finnegan spiked the Wood lead to 10-2.

Said Bowen: “We didn’t shoot well as a team but we just tried to keep going and kept flowing with the game.”

Wood’s defense continued to dominate into the second quarter.

The Crusaders got a three from Boccella but were shut out for the rest of the first half.

Ryanne Allen, who scored a game-high 18 points with three 3-pointers, began to get to the hoop for Wood and Kaitlyn Orihel hit three of four from the line and added a bucket.

Bowen’s layup off a turnover widened the gap to 26-5 at the break.

A three by Allen and baskets by Bowen and Kiefer kept Wood charging hard into the third.

Lauren Edwards found her shot for LC, with six points in the quarter. She finished with a game-high 11 for Lansdale Catholic.

The Vikings would take a 37-12 lead into the final period.

“We weren’t shooting the ball too well, even from the foul line, so we’re gonna have to do better (Friday night),” McDonald said. “It’s gonna be a battle. We have to keep getting better and stay focused.”