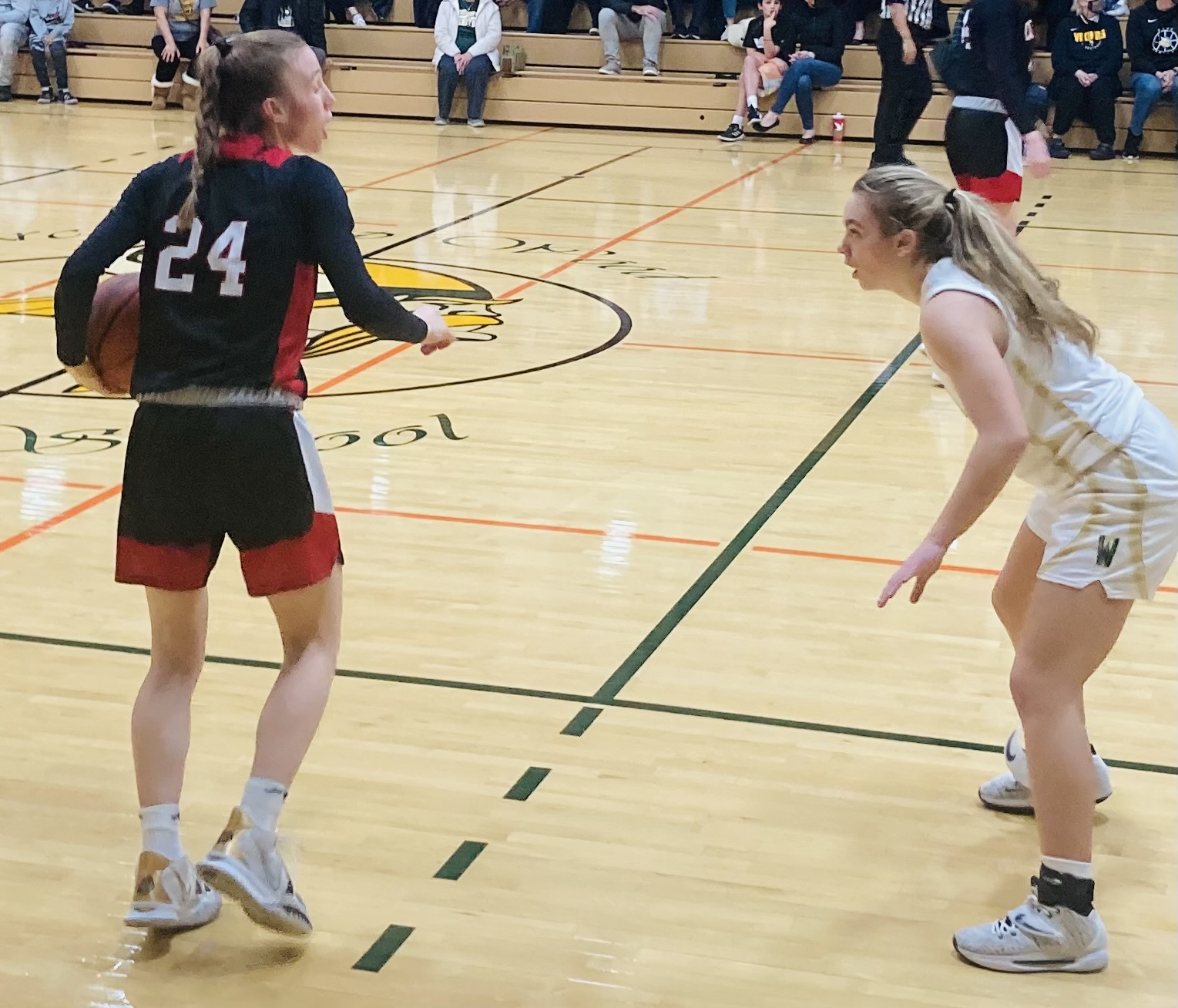 WARMINSTER >> Archbishop Carroll’s 14-0 run to start the fourth quarter Thursday night catapulted the Patriots into the lead for good over rival Archbishop Wood, and with Grace O’Neill calmly leading the way and with a defense that squeezed timely turnovers out of the Vikings, Carroll stayed firmly in front.

The Patriots roared back from a 10-point deficit in the fourth to earn a satisfying 44-38 victory in a Philadelphia Catholic League battle, as Carroll stood firm on the road.

“We haven’t beaten them since my freshman year and they’re such a great team,” said O’Neill, a senior, “so to be able to get a win over a team like that is awesome.”

“Credit to them – they kept fighting and they started hitting shots,” Vikings coach Mike McDonald said of the Pats. “We just kept turning it over. We have to learn how to close out a fourth-quarter game. We were in a position that we wanted to be in going into the fourth. But we have to learn how to win that kind of game, and that’s what the PCL is all about.”

O’Neill scored a game-high 18 points and Brooke Wilson had 15, including 10 in the final frame. Ryanne Allen had 14 points for the Vikings, with Bri Bowen adding 12.

“Ryanne can hit big shots,” O’Neill said. “So when we were up by three, we were aware of the score, who’s cutting, but most of all – who can hit shots.”

“Carroll’s defense made it really hard on us,” McDonald said of the final eight minutes.

The Vikings, who led by five at the half, looked to be in good shape when Bowen’s drive down the lane extended the margin to 37-27 in the opening moments of the fourth.

But that is when Carroll hit the switch.

A three by Brooke Wilson drew the Patriots closer and a basket by O’Neill made it 37-34. O’Neill made another shot soon after, this one as she was falling to the floor, to slice the deficit to a single point, 37-36.

“She’s crafty, she’s smart, and she can shoot it,” McDonald said. “She can make some tough shots – some mid-range, pull-ups. She was tough against us as a freshman and now she’s even more experienced.”

A drive by Taylor Wilson pushed the Patriots in front, 38-37, with about 1 minute, 30 seconds to play, and a layup by Brooke Wilson widened the gap to 40-37 with a minute to go.

O’Neill missed the front end of a one-and-one with 43 seconds left but Brooke Wilson was there for the rebound. With 37 ticks left, O’Neill made a big free throw to pad the lead to 41-37.

Said O’Neill of Brooke Wilson: “She does the little things so well.”

Brooke Wilson’s defensive intensity and rebounds continued to help shape the final outcome for the Patriots.

Bowen’s free throw brought the Vikings within 41-38 with 23 seconds to go, but a free throw by Brooke WIlson with 21 seconds left iced it for Carroll.