A healthy Clark makes a big difference for Notre Dame 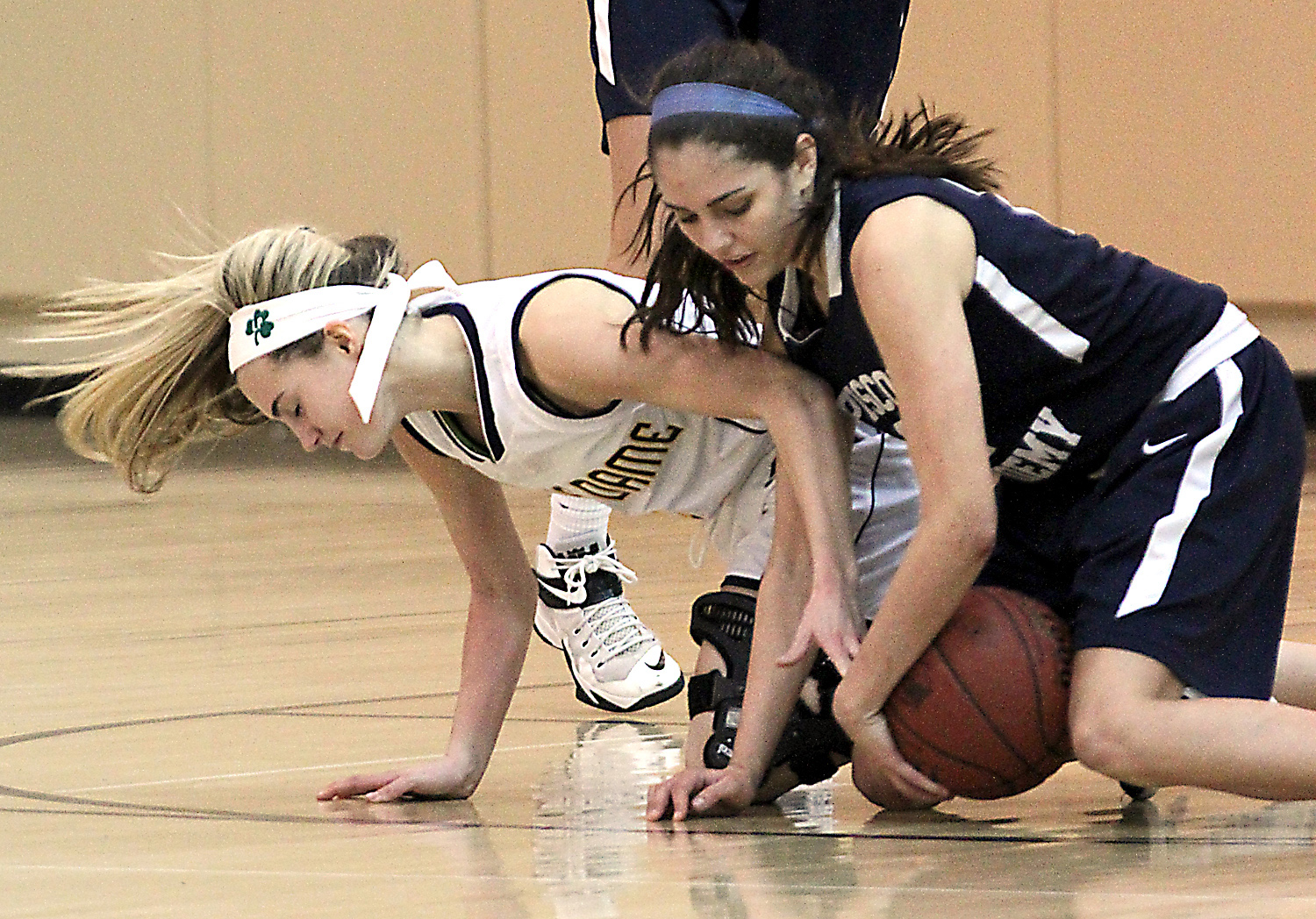 RADNOR >> Academy of Notre Dame senior guard Caitlyn Clark missed all of last season after tearing her ACL in the summer.

The loss of Clark was detrimental to the Irish, who desperately missed their fiery point guard and defensive whiz.

It’s no surprise then, that Clark has been key to Notre Dame’s success in 2015-16. After Tuesday’s 41-33 triumph over Episcopal Academy, the Irish pushed their record to 9-1 overall and 4-0 in the Inter-Ac League.

“She’s made a lot of stuff happen for us in our first 10 games,” said coach Mary Beth McNichol, who is in her 25th season leading the program. “It’s good having her back. Her motor is always going, plus she’s a great defender. We really missed her defense (last year).”

Clark worked tirelessly through two surgeries to prepare for her senior year. She’s had inspiration, too. Her good friend and teammate Leanne Purcell, who is battling a rare illness, has been on the team bench cheering on her teammates. Clark’s injury was a blow to her self-esteem and confidence, but she needn’t look far for motivation.

“It helped me realize to not take anything for granted,” said the diminutive Clark, who had two points, five assists

Notre Dame’s Caitlyn Clark, right, drives to the basket while defended by Episcopal Academy’s Olivia Dirks in Tuesday’s contest between the Inter-Ac League rivals. The senior guard has been a welcome sight in the Irish starting lineup after missing all of last season due to a knee injury.
(ROBERT J. GURECKI – DAILY TIMES)

and a pair of steals. “I’ve always liked basketball, but now I think I’m having more fun and just enjoying it because missing a whole year really makes you appreciate it more. (Senior guard) Alex (Kane, who recently suffered a season-ending injury) and Leanne wish they can be out there, so we have to do it for them. That gives us motivation because they’d give anything to be out there.”

Prior to the game, Purcell was announced as the sixth player in Notre Dame’s starting lineup. McNichol gave her a big hug and a bouquet of flowers.

“That was nice,” Purcell said. “I didn’t know exactly what to expect.”

Sophomore Katie Mayock, who transferred in  from Conestoga, used her 6-2 frame to score 15 points on 5-of-5 shooting from the floor. Mayock works well in the low post with 6-0 senior forward/center Rachel Ryan (four points, six rebounds).

“Every time someone asks us how we look (as a team) this year, I say, ‘Good. We have a 6-2 transfer and she’s awesome.’ She’s been great,” Clark said.

Mayock had no trouble fitting in on a team that is gearing up for an Inter-Ac title run.

“Everyone was so nice and so welcoming,” Mayock said. “The transition and everything was pretty seamless.”

Notre Dame grabbed the lead for good when Kristen Rogers came off the bench to hit the first of two 3-pointers in the second quarter. Rogers also provided strong defense and savvy ball handling.

EA (4-4, 0-2) closed the second period with five unanswered points and trailed 20-16 at the break. Lily Kuntz scored 11 of her team-high 12 points in the opening half.

After halftime, Notre Dame survived a relentless comeback effort by the Churchwomen. A three-point play by Katie Weaver and a pair of free throws by Elodie Furey trimmed EA’s deficit to three early in the fourth quarter, but the Irish leaned on Mayock, who scored four straight points to stretch the lead to seven. Casey Walsh (10 points) was 7-for-8 at the charity stripe down the stretch to help the Irish seal the victory.

“It was a big game for us,” Clark said. “It wasn’t pretty, but we’re happy with the eight-point win.”

Seanna McNamara chipped in eight points for the Churchwomen.

CB South pulls away in 3rd quarter to beat Souderton
McNamee pours in 30 as Interboro blows out Chester
Loading Comments...