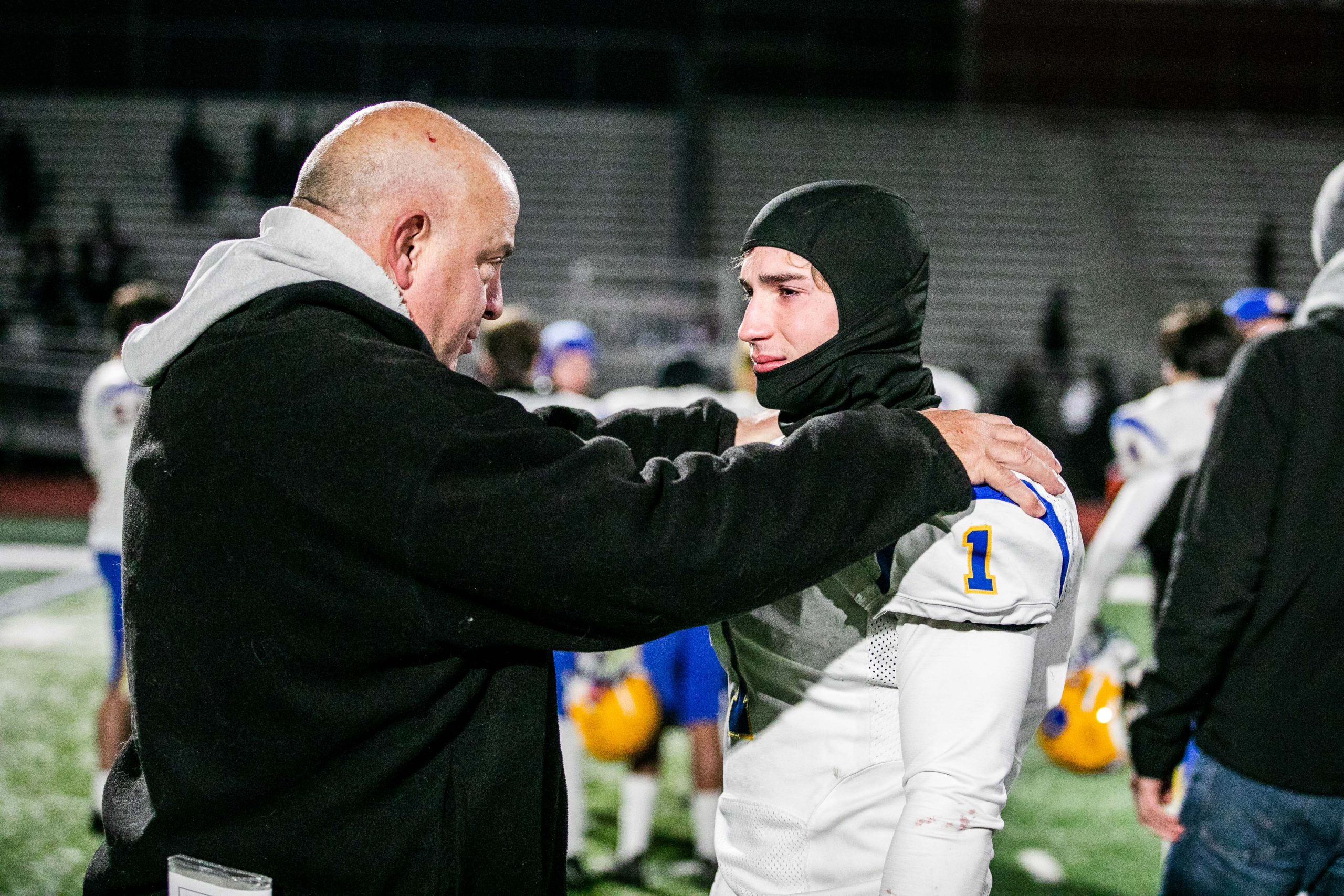 CONCORD >> Downingtown East gave No. 1 seed Garnet Valley all it could handle for three quarters in their District 1 6A football semifinal Friday evening, taking the lead three times and never trailing until 8:55 was left in the contest.

“The physicality of Downingtown — they punched us in the mouth,” said Garnet Valley head coach Eric VanWyk. “We had to make some changes and we threw the ball a little more than we usually do.”

The visiting Cougars (9-4) started the game with a nine-play, 86-yard touchdown drive, highlighted by a 44-yard run by senior back Bo Horvath, and a couple of medium-range passes from senior quarterback Jamy Jenkins.

“We came out fast, like we usually do,” said Horvath, the Cougars’ all-time leading ground gainer for one season. “We just couldn’t finish (late in the game).” “We started off hot, came out with some fire,” said Jenkins. “We wanted to win this game. We really wanted to win, but we just fell short.”

After Garnet Valley (12-0) came right back with a five-play 69-yard TD drive to tie the score at 7-7, the Cougars followed up with a 72-yard TD drive to go ahead 14-7. The key plays were a 21-yard run by Horvath, a gutsy three-yard burst by Horvath on fourth-and-one at the Garnet Valley 42, and a 33-yard pass from Jenkins to fullback Michael Brown.

“We’re not afraid of playing Garnet Valley,” said East head coach Mike Matta, whose 12th-seeded Cougars defeated No. 5 seed Coatesville and fourth-seeded Downingtown West to advance to the District 1 6A semifinal. “Tonight, they made plays and we didn’t. After the game, I told our players I love them and I’m proud of them, and there’s nothing to be ashamed of.”

In the third quarter, East took the lead for the third (and final) time, this time on a 25-yard field goal by James Blake that gave the visitors a 17-14 lead with 5:04 left in the period. Horvath started the scoring drive with a 10-yard run, and then the Cougars began to give the ball to junior back Owen Lammy, who picked up some small but important gains as East picked up four first downs all the way to the Garnet Valley 8 yard line. Downingtown East’s Bo Horvath gets around the corner against Garnet Valley. (Nate Heckenberger – For MediaNews Group)

East senior linebacker Sam Barton, who will play lacrosse for Colgate University, said, “We battled out hearts out, beat some top teams (in the district playoffs), and battled back from adversity all year. We came out with a lot of energy tonight, it’s a shame we didn’t keep that going the whole game. Garnet Valley pulled some stuff out of their bag, and they just made a few more plays than us at the end of the day.”

Jenkins said, “I’m going to remember my brothers on this team. Every single day I get to work with them. I wouldn’t trade it for anything. I love these guys.”

East senior defensive back Mike Waite, who will be playing lacrosse for Saint Joseph’s University, said, “I’m proud of our guys, the way we fought. We had a really strong bond as a team these last four years, like a family. I wouldn’t want to come out here with anyone else. I love these guys with all my heart.”

Barton added, “This was an amazing year, a great group of guys. I think this is going to be a great team next year for sure.”