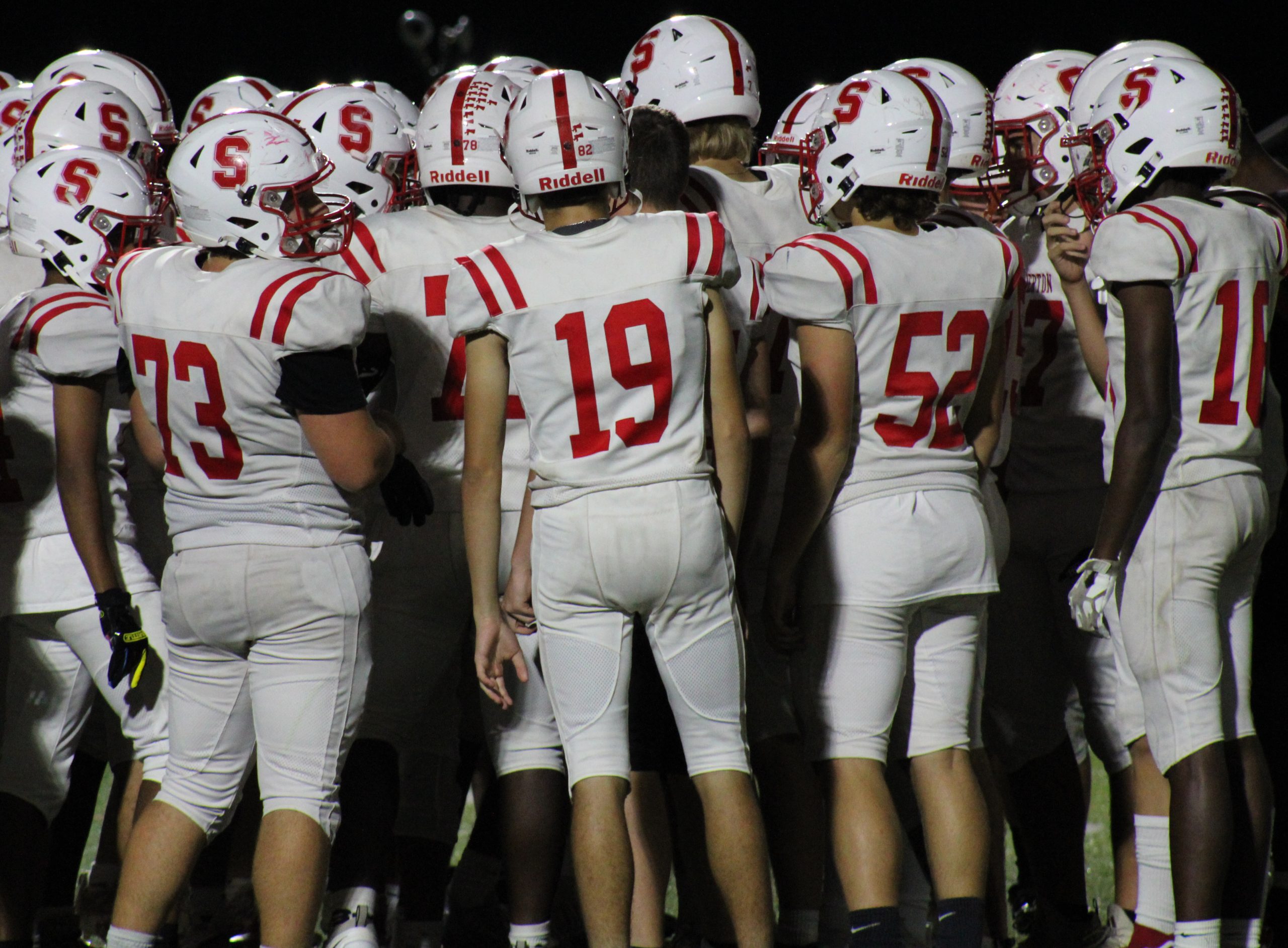 Souderton looks to stay on a roll while Quakertown aims for an upset victory over its longtime rival, as the two battle in the “309 Bowl” Friday night at Quakertown.

Big Red comes into this contest at 4-1, fresh off a 38-0 shutout of Truman. The Panthers are also coming off a shutout victory, having blanked Council Rock South 16-0.

Souderton owns a 2-0 record in the Suburban One League Continental Conference while Quakertown comes in 1-0 in the conference.

Big Red got it going in the second half last week against Truman.

Souderton led 10-0 at the break and then put together a 21-point third quarter to put the game out of reach.

“Thankfully the defense did what they did in the first half to give us the opportunity to wake up, ” said head coach Edward Gallagher of the win.

A 16-yard touchdown pass from quarterback Jared Zimmerman to tight end Grayson Largent kept the offense rolling in the second half.

Hageman is coming off one of his best games of the season with 127 yards and a pair of scores.

Alumni Field should be packed once again, with the host Panthers coming in with plenty of momentum after their shutout win over Rock South.

Running back/safety John Eatherton was instrumental on both sides of the ball for Quakertown.

Eatherton scored a touchdown on a run up the middle from the one-yard line just before the break, then he caught a 76-yard touchdown pass from Vincent Micucci and also added a two-point conversion in the third quarter.

Eatherton should serve as a leader once again for a young Panther squad looking for a win over its arch rival.

North Penn at Central Bucks South
Time/Place: Friday, 7 p.m., at CB South.
Records: North Penn is 2-3 overall and 1-1 in the SOL National. CB South is 3-2 overall and 0-2 in the SOL National.
Last Week: The Knights fell 35-14 to CB West. South lost 28-6 to Pennsbury.
Players to Watch: Quarterback Ryan Zeltt gets a lot of receivers involved in the North Penn attack. Brett Szarko looks to get the South offense back on track.
Prediction: North Penn 21, Central Bucks South 14.

Central Bucks East at Pennsbury
Time/Place: Friday, 7 p.m., at Pennsbury.
Records: Pennsbury is 4-1 overall and 2-0 in the SOL National.
Last Week: The Falcons won 28-6 over CB South. East prevailed in overtime, 16-13 over Pennridge.
Players to Watch: A tremendous ground game for the Pats is complemented by a solid passing attack, which includes tight end Jack Donnelly. Linebacker Chamar Wade had a pick six last week for the Falcons.
Prediction: Central Bucks East 24, Pennsbury 21.

Central Bucks West at Abington
Time/Place: Friday, 7 p.m., at Abington.
Records: CB West is 2-3 overall and 1-1 in the SOL National. Abington is 2-3 overall and 0-2 in the SOL National.
Last Week: The Bucks earned a 35-14 win over North Penn. The Ghosts were shut out 26-0 by Neshaminy.
Players to Watch: Matt Cleland has been a versatile weapon for the Bucks. Josh Young is an impact player on both sides of the ball for the Ghosts.
Prediction: Central Bucks West 21, Abington 7.

Neshaminy at Pennridge
Time/Place: Friday, 7 p.m., at Pennridge.
Records: Neshaminy is 3-2 overall and 1-1 in the SOL National.
Last Week: The Skins won 26-0 over Abington. Pennridge fell in overtime, 16-13 to CB East.
Players to Watch: Trevor Fuhs is part of a tough secondary for the Rams. Markus Barnett has a nose for the end zone for the Skins.
Prediction: Pennridge 17, Neshaminy 14.

Cheltenham at Plymouth Whitemarsh
Time/Place: Friday, 7 p.m., at PW.
Records: The Panthers are 3-2 overall and 0-0 in the SOL American. PW is 3-2 overall and 0-0 in the SOL American.
Last Week: Cheltenham shut out Upper Darby 34-0. The Colonials got their second shutout in a row, 46-0 over J.P. McClaskey.
Players to Watch: PW quarterback Aiden O’Brien has been challenging defenses with his arm and his legs. Jordan Lilly is a versatile weapon for the Panthers.
Prediction: Plymouth Whitemarsh 22, Cheltenham 10.

Perkiomen Valley at Methacton
Time/Place: Friday, 7 p.m., at Methacton.
Records: Methacton is 3-2 overall and 1-0 in the PAC Liberty. Perk Valley is 4-1 overall and 1-0 in the PAC Liberty.
Last Week: The Warriors won 49-14 over Norristown. PV edged OJR 20-13.
Players to Watch: Tyler Weil-Kaspar’s breakaway speed has been a nice weapon for the Warriors. Drew Kenworthy had three sacks last week for PV.
Prediction: Perkiomen Valley 20, Methacton 14.

Archbishop Carroll at Lansdale Catholic
Time/Place: Friday, 7 p.m., at Conshohocken A Field
Records: LC is 4-1 overall and 1-1 in the PCL Blue. Carroll is 0-5 overall and 0-2 in the PCL Blue.
Last Week: The Crusaders blanked Egan 10-0. Carroll fell 21-7 to Ryan.
Players to Watch: The Crusaders have a bevy of strong backs, including Efrain Quiles. Jamarr Ebron contributes in the secondary for Carroll.
Prediction: Lansdale Catholic 17, Archbishop Carroll 10.