Column: Martin has Great Valley back on track 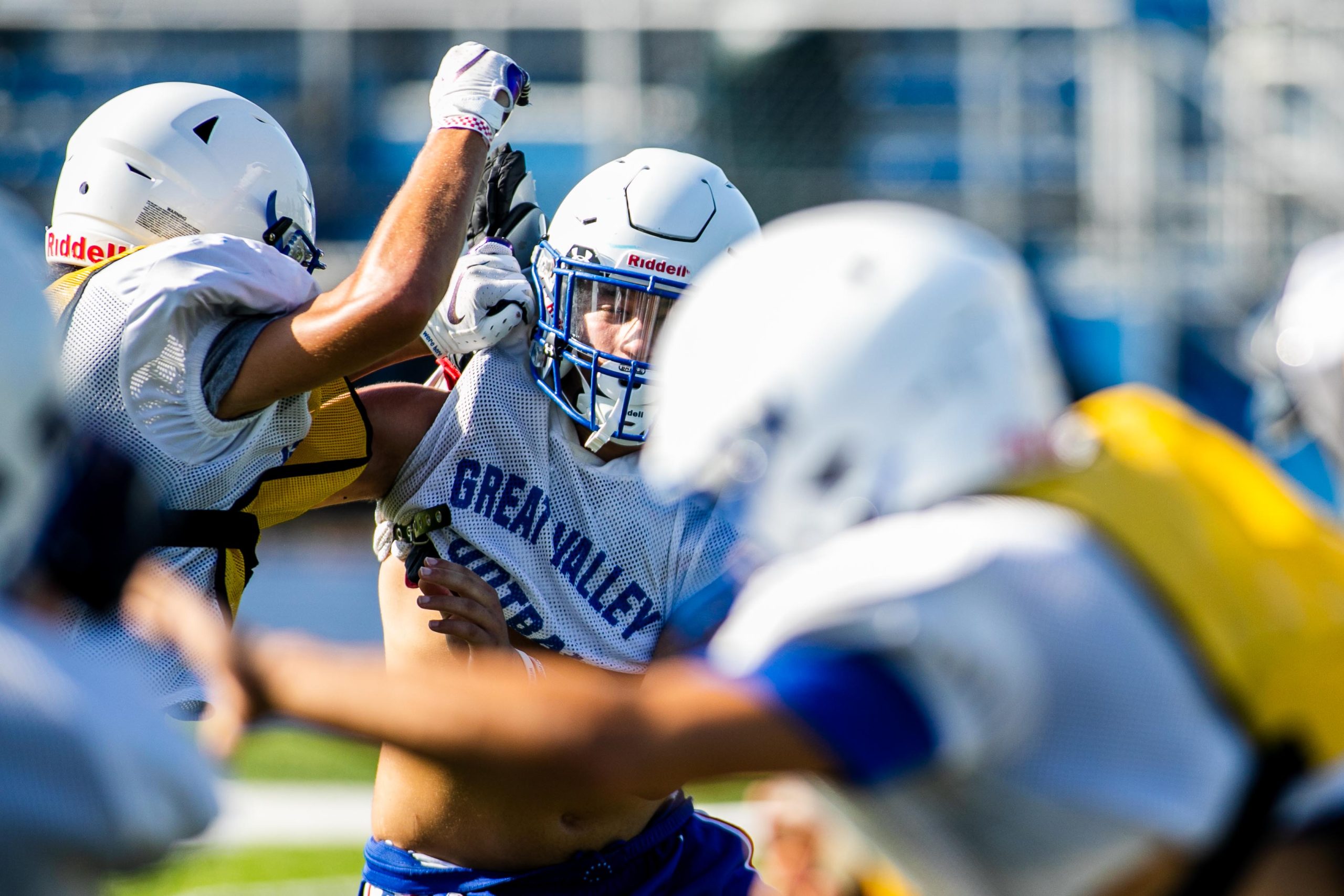 We are halfway home in the scholastic football regular season and the Ches-Mont League has produced some mild and not-so-mild surprises so far.

Kennett has emerged as a top team in the Ches-Mont American Division, as its win last week over West Chester Rustin proved. Things are not so surprising in the National Division as the big three of

Coatesville, Downingtown East and Downingtown West will battle it out again for the  championship.

But, a team that has caught my eye and the eyes of many Ches-Mont and District 1 observers is the Great Valley Patriots. Great Valley is currently 4-0 on the season and playing very tough, fundamental football.

The defense is keying this renaissance and they will be favored to go 5-0 heading into tonight’s game with Academy Park.

Great Valley has not known much success on the gridiron in recent history, although they did capture the 2014 District 1 championship under then head coach Dan Ellis. Things went south after that, with Ellis stepping down four years ago.

Jeff Martin ascended to the head coaching position with the task of bringing the program back.

It has been tough climb back to prominence for the Patriots as Martin and his crew have endured some rough patches the last two seasons. A small 5A school like Great Valley cannot endure the inevitable injuries that crop up due to a lack of depth on the roster.

The 2022 version of Great Valley football is off to a fantastic start. Senior quarterback Braeden Melia has adeptly led the offense, while the defense, while not very big, is playing very good football is a unit that has dominated at times in their first four wins.

Martin has led the Patriots with a cool hand and has never wavered the past three years in his belief in his kids and the way he was running the program. He deserves a ton of credit for organizing a program that had gone a little sideways in recent seasons.

There are potential pitfalls ahead for Great Valley, which is currently sitting in fourth place in the District 1 5A playoffs point race. The Patriots have not played Kennett, West Chester Rustin or Unionville yet.

Those three American Division foes will determine what kind of season they will ultimately have.

It is always that way in the American Division as the Patriots in recent years have looked up at those three schools. but this season may be different as Martin has his small but mighty team believing in themselves.

They have the look of real contenders for the division title.
Regardless of what happens in those three contests, the Patriots look like a sure bet to qualify for the district playoffs, something they have not gotten close to recently.

Martin was the defensive coordinator in the Ellis years and has instilled an off-season weight program that has fueled the Patriots’ success and has also brought a togetherness to the program.

The Great Valley players believe in their coaches and are a bunch that just wants to win. Every victory is savored because they have been hard to come by in recent years.

The Patriots have come alive again under Martin, but are still flying a little under the radar. They know their season will be defined by the tough games with Unionville, Kennett and WC Rustin.

Martin and his team are planning any celebrations yet. They know what is ahead of them and are really just focused on the next game in front of them. For Great Valley to be 4-0 and playing good, solid, football, there is justifiable reasons for optimism as we head into the second part of the regular season.

Martin and his staff have put in the hours of preparation and now we will see if they can handle prosperity and be serious contenders for the nt American Division title and be a factor in the district playoffs.

I am thinking they are up to the task. Martin and his team has put too much into this season to not think so. The good times on the gridiron seem to be be at Valley Stadium and for Ches-Mont League observers, it is a welcome sight, one that did not seem possible just a season ago.

Hard work and a belief will do wonders for a program and the Patriots have bought in to both and it is showing up on the football field where it matters most. On Friday nights, Great Valley has a belief that Martin has instilled in his young team. It is what a head coach must do after a couple of losing seasons.

Great Valley now believe they are ready for the next steps and that is a success story for perseverance, hard work and believing in each other.

It is not by accident.

Peter DiGiovanni covers high school football for the Daily Local News. He can be reached at pdigiovanni07@gmail.com. You can follow him at @PeteDLN on Twitter