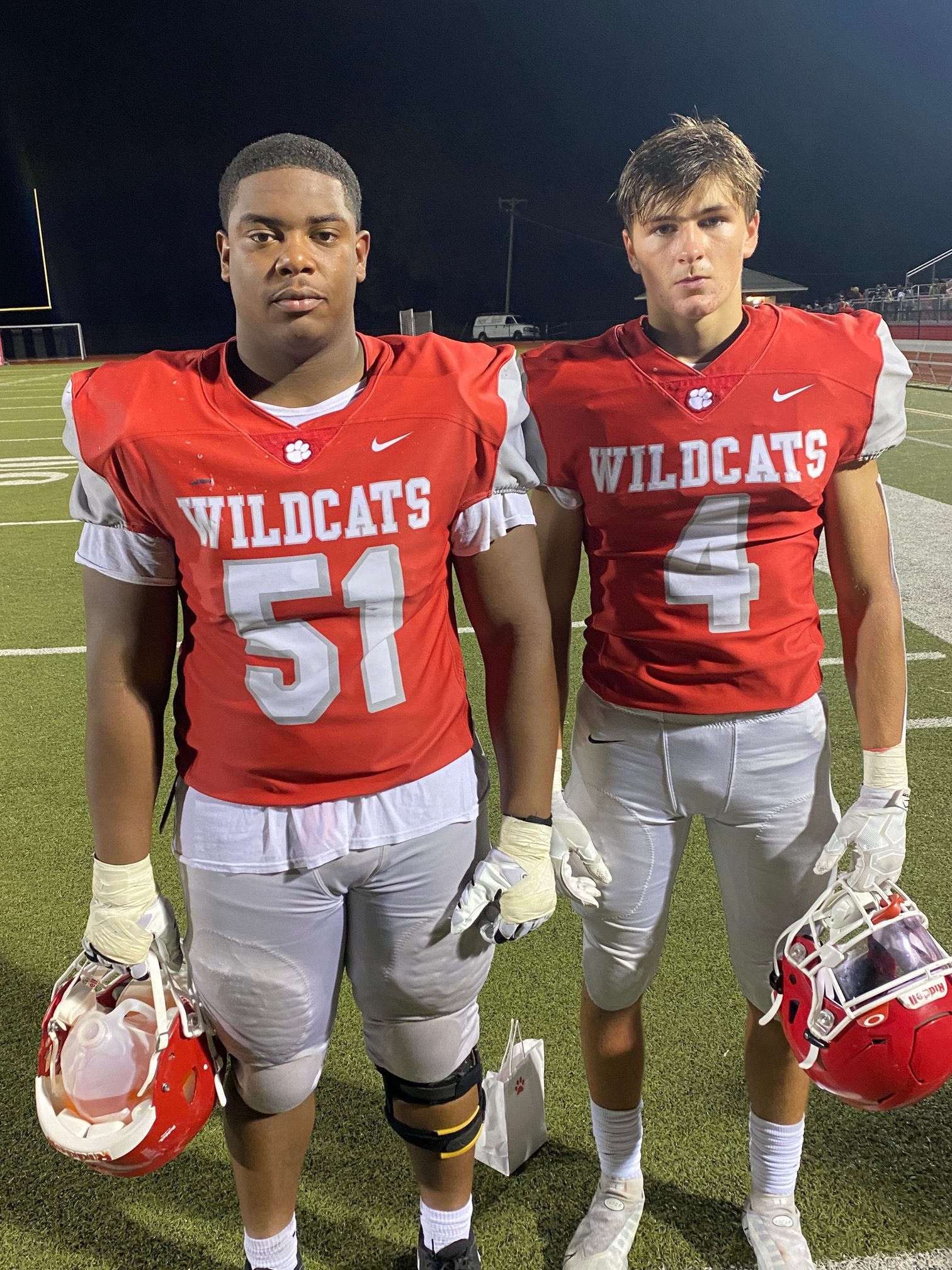 It was quickly apparent the Wildcats didn’t enjoy the experience.

The defense stiffened the remainder of the evening, forcing four Upper Merion turnovers and holding the visitors scoreless for the final 45 minutes as the Wildcats scored an impressive 28-6 win at Henry J. Bernat Field.

“I don’t know that there’s ever a good time to play [PV],” OJR coach Rich Kolka said. “But we’ll be ready.”

The defense was only part of the story — OJR’s Hunter Rhoads had his third consecutive 100-yard rushing night (154 yards), while senior WR Danny Cashman highlighted his nine-catch, 174-yard evening with an 80-yard catch-and-run from QB Michael Reed just after halftime.

But one of the unsung heroes of the offense was senior Derek Hinrichs, who carried a half-dozen times on direct snaps, amassing 39 yards and picking up several crucial first downs, punctuated with a clinching eight-yard touchdown run to close out the scoring.

“We haven’t practiced that look much,” said Hinrichs. “So I think we’re just starting to see what we can do out of that formation. I think there’s potential for some big plays.”

The big plays came on Friday night from Rhoads and Cashman, as Rhoads got OJR on the board on the first play of the second quarter on his way to a big night.

For his part, Cashman broke the game open four minutes after halftime, taking a toss over the middle and running the rest of the way to an 80-yard score to put the ‘Cats in front 21-6 — breaking open what had been a fairly even game to that point.

Upper Merion opened with an authoritative six-play, 67-yard drive, establishing the run with Yusuf Riley before QB Zayd Etheridge connected with Marcus Crittendon and Nolan Clayton, the latter of whom took his reception 24 yards for a 6-0 advantage only three minutes into the contest.

“All week,” Kolka said. “We said watch [Clayton]. For us not to know where he is, I don’t understand it. Luckily, we got it figured out.”

(To some extent, anyway. Clayton, a Villanova commit, was all over the field with 63 yards receiving, several tackles from his defensive end spot-on defense, plus a 36-yard average on three punts along with a first-down carry on a fake kick in the third quarter.)

Penalties, however, would hasten the Vikings’ unraveling. Delay of game fouls raised the degree of difficulty on multiple drives, while defensive personal fouls extended OJR drives.

“I need to take ownership of the penalties, make things crisper on the practice field,” said head coach Davis Chubb. “We will address these mistakes; we can’t just move on without paying attention to what happened.”

A long pass from Michael Reed to Cashman set up the Wildcats in Upper Merion territory, and Rhoads took the first carry of the second stanza 28 yards for a 7-6 OJR lead.

Minutes later, a penalty-aided drive culminated in Rhoads’ second score, this one a 4-yarder to extend the lead to 14-6, an advantage OJR took into the half after a Mason Miller interception thwarted a late Vikings threat.

The ‘Cats were able to limit Upper Merion after the break, recovering a pair of fumbles and getting a pair of sacks from Brandon Kelley, the UConn commit who was dominant all night from his defensive end spot before leaving with an undisclosed injury on the fourth quarter.

“I think it came down to execution,” said OJR senior captain and two-way lineman Christian Gregory. “Intensity, fundamentals, stop missing assignments. After that, we were OK.”

For the 2-2 Vikings, quarterback Zayd Etheridge fought gamely all night, completing 17-of-28 passes for 178 yards and the early score.

“Zayd has the potential to be a top quarterback in this league,” Chubb said. “It’s his throwing, his mobility, and vision and leadership as well.”

“[A .500 season] is not a good season by our standards. Our goal this year is to contend in the PAC Frontier. I see no reason why we can’t,” Chubb said.