Pennridge blows past Bensalem for first win under Burgy 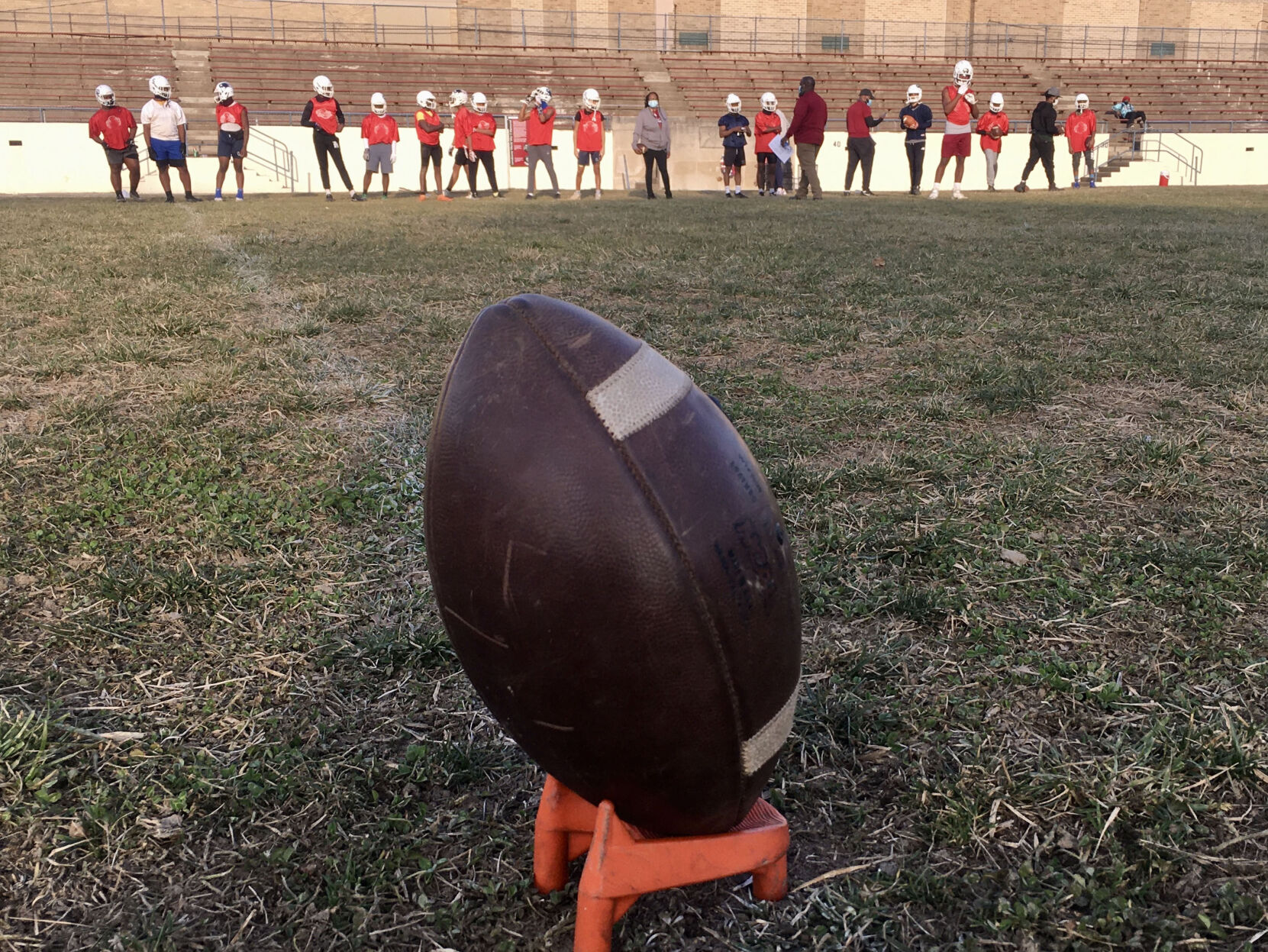 EAST ROCKHILL >> After starting the season with two hard-fought losses the Pennridge Rams won their first game of the season, and of head coach Chuck Burgy’s career, in a resounding 35-0 victory over the Bensalem Owls Friday night.

It’s been a year of change for Pennridge, who lost Cody Muller, their head coach of four years, in May and knew they would have to work to maintain their success under him. When reflecting on his first inaugural victory, Burgy was choked up thinking about what it meant.

“These seniors, they didn’t have to stick with us and they did, we fought for this one man, we fought for every minute of tonight,” said Burgy “First week was rough, second week we made improvements, and tonight we got a good win when we needed it and we’re gonna go on a roll.”

The aforementioned seniors showed up and showed out helping to stymie an Owl offense that was grounded for the duration of the contest. The Ram defense was tenacious, closing holes before they opened, dominating the line of scrimmage, and making passing lanes non-existent. The Rams forced two interceptions and multiple turnovers on downs constantly setting up their offense with good field position. The Owls struggled to open up rushing lanes for their running backs gaining 101 yards on 28 carries.

” We talked fundamentals, we talked just being conscious of doing their jobs playing within themselves doing what they’re supposed to do,” said Burgy, “They did those things tonight, there’s mistakes, there’s things to work on as always but the defense played really well tonight as a unit.”

That good field position from the defense was complimented by a dominant offensive game. On offense, the Rams’ run game shined rushing for almost 200 yards in the first half. The rushing attack was led by Brennan Fisher who ran for 145 yards and three touchdowns.

“Brennan Fisher is an amazing back, it’s easy when you got a guy like that back there,” said Burgy.

The Rams offensive line and receivers blocked well all game, consistently opening up holes for him and other Pennridge rushers like senior Tyler Wetzel whose 72-yard touchdown scamper was the longest offensive play of the day for either team.

“It really wasn’t me, the lineman did it all really. They opened up the holes and then from there it’s just me and the secondary and I’ll take that any day of the week,” said Fisher

The Rams passing attack had success with starting quarterback Patrick Burdick making several key conversions, most impressively a touchdown pass to put the Rams up by 35 with 12 seconds remaining in the first half.

“I know we’re gonna have a good week of practice and (Chuck) Burgy is gonna lead us all week and then just prepare; mentally, physically, and then just come out and hopefully get a win,” said Fisher.

The Rams will look to continue their success when they travel to play the Abington Galloping Ghosts next Friday at 7 pm.