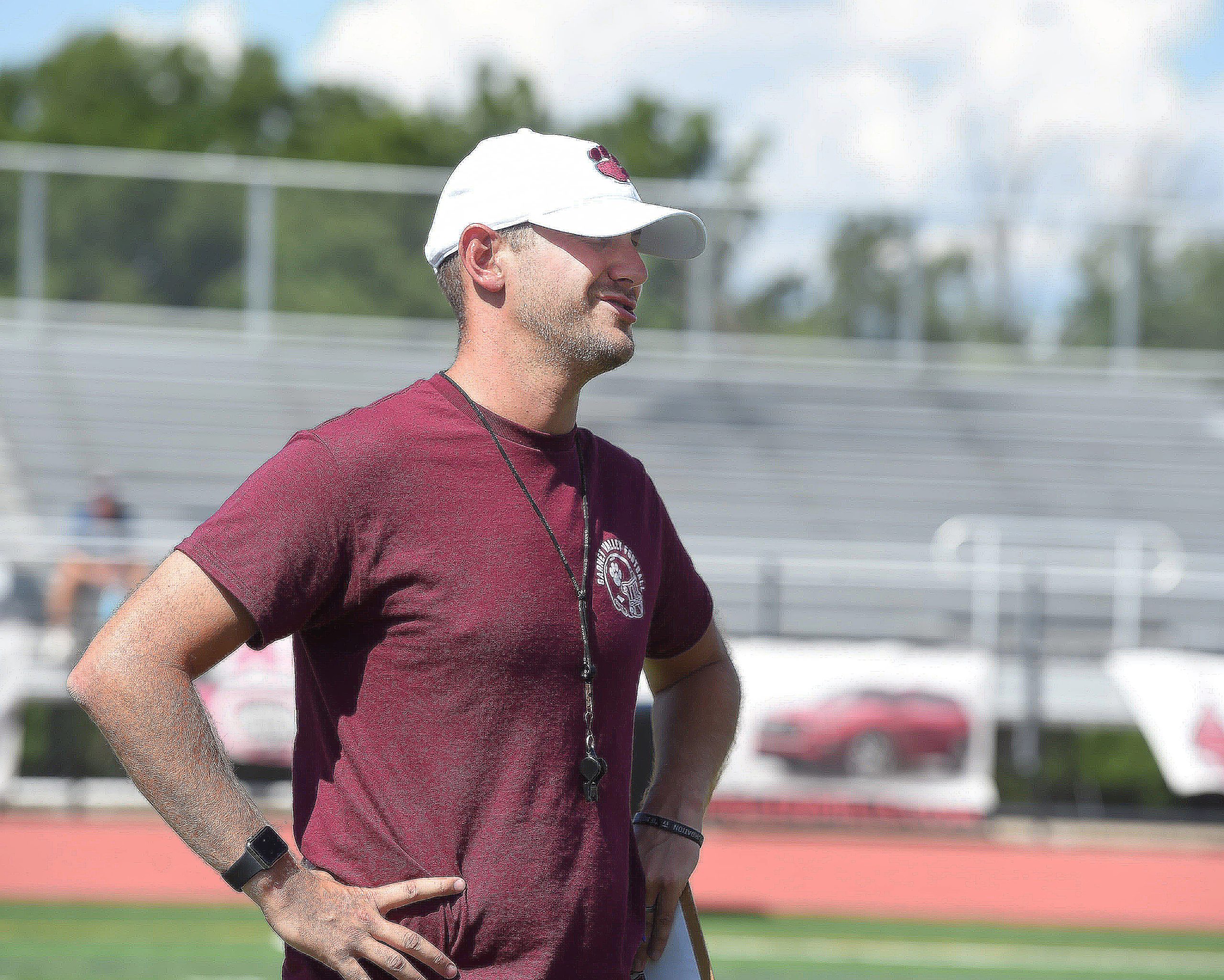 CONCORD TWP. — Garnet Valley figured to put points on the board Friday. But five touchdowns in the first half was a pleasant surprise even for Jaguars head coach Eric Van Wyk, who substituted liberally in a 49-0 win over Radnor.

Senior Jake McDowell got the Jaguars started on a 50-yard pass from Matt Mesaros, dragging a tackler into the end zone to start the scoring at Moe DeFrank Stadium. The distance McDowell carried the defender is becoming legend.

“I’m not really sure,” McDowell said. “I heard 10, I heard 15, I heard 20. I’ll have to watch the replay. But it’s incredible to start like that. You’ve really got to set the tone and that play got us going. We got all pumped, the offense and the defense and we just clicked.”

The Jaguars pitched yet another shutout in their bid to carve out an identity separate from the powerhouse squad that advanced to the Class 6A semifinals last year. It’s their 36th straight Central League win, dating to 2017.

“People didn’t think we would be able to measure up to last year,” McDowell said. “But this year’s mentality is proving it. I really think we’re proving it so far.”

Ronnie Leraris and Jack Westburg ran for touchdowns of 27 and 34 yards, respectively, in the first quarter. Mesaros found Van Horn for a 29-yard touchdown to make it 27-0 after a quarter. Both of Mesaros’ completions went for scores.

Luke Mingioni added a 50-yard touchdown run in the third quarter. Garnet Valley ran 48 times for 316 yards, no one carrying more than five times. Leraris led the way with five carries for 68 yards.

The Raptors (0-3, 0-2 Central) played their 22nd straight road game while awaiting the completion of Prevost Field. Coach Kyle Yeiter was encouraged with the way his players fought to the end, a last-ditch drive ending deep in Jaguars territory. Brandon Skabla completed a 60-yard throw to Aiden Roselle to get the Raptors close.

The Jaguars, meanwhile, entertained a noisy crowd that seemed to enjoy the outcome.

“I’m proud of the collective effort,” Van Wyk said. “We challenged them this week to live up to the Garnet Valley football standard of playing every play, finishing every play. I thought our guys really accepted that challenge tonight. We always talk about every season is a new season. Specifically, every season is a new senior season. And I’ve been really proud of our seniors and how they have stepped up each week and gotten better.”