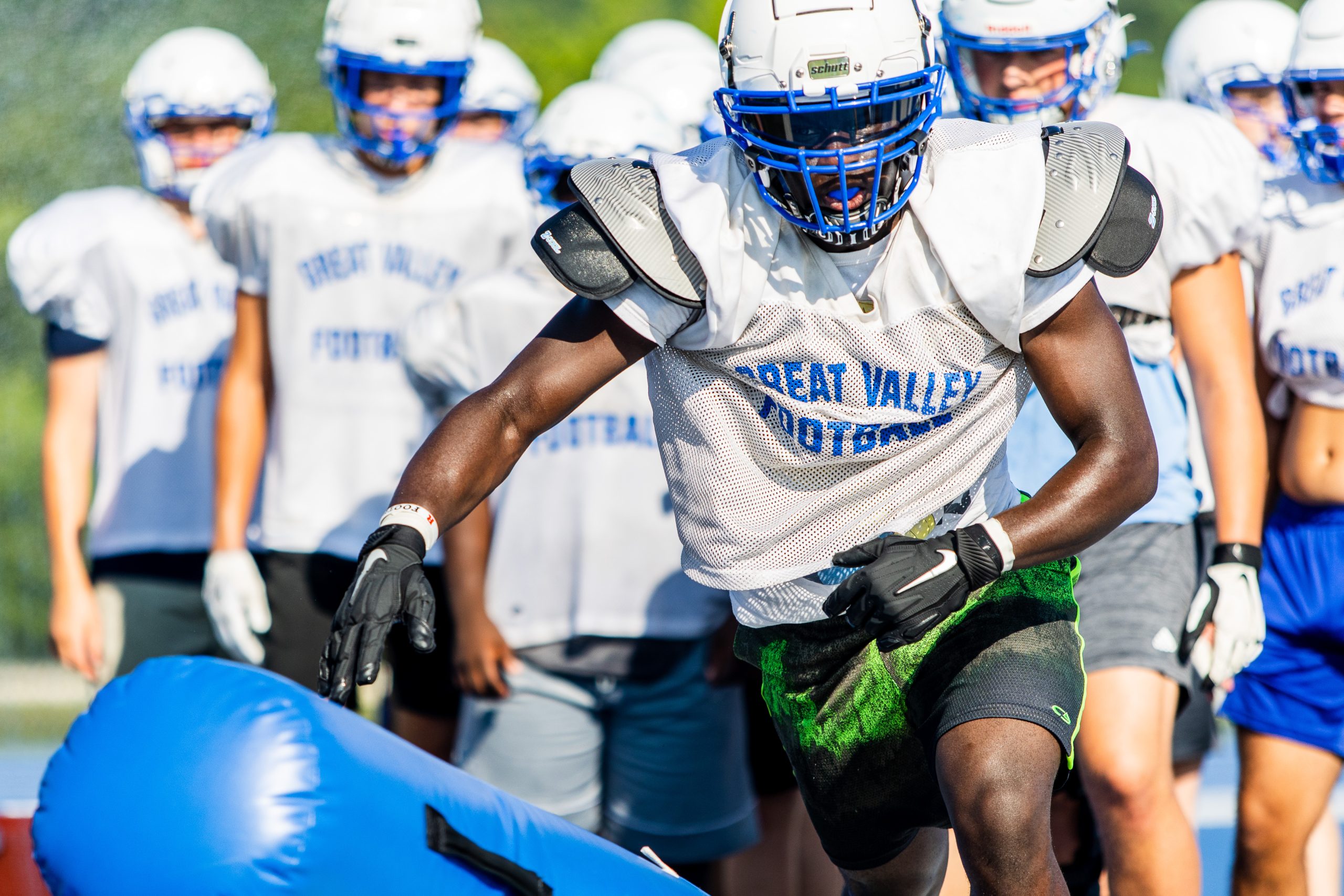 We are at Week Three of the scholastic football season and many area teams are off to a good start to the 2022 season while other teams are still trying to find their way to the win column. Here is a look at all the Week Three action.

Central Dauphin at Coatesville 7 pm:  Coatesville’s defense has only allowed six points in its firs two games and that was  a late touchdown by Pennsbury against the second team Red Raider defense.

Coatesville held Academy Park to minus yardage for the game in last week’s 35-0 Red Raiders win. Quarterback Harrison Susi should be able to make enough plays to get the win for Coatesville.

Central Dauphin is 0-2 but the Rams played two very good teams in Central York and Wilson West Lawn. The Rams are a very physical team and should be a good test for the undefeated Red Raiders.

Sophomore quarterback Tommy Miller stepped in and completed 11 of 17 passes for the Whippets in a 30-29 loss.  The Whippets also rushed for 218 yards in the narrow loss. Neshmainy is coming off a dreadful 2021 season but the Redskins are 2-0 so far and have allowed just 13 points in their first two wins.

Kennett at WC Henderson 7 pm: Kennett bounced back from an opening week loss to powerful Upper Dublin with a convincing 42-14 win over Oxford. Running back Julian Sparacino rushed for 158 yards on 27 carries and quarterback Brett Kaufmann was 10 for 17 with three passing touchdowns.

The Warriors lost their opener 47-0 to WC Rustin and they only managed 28 total yards of offense. WC Henderson also gave up 318 yards on the ground to the Golden Knights.

WC East at WC Rustin: Wc Rustin looked very impressive in its 47-0 win over West Chester Henderson last week. The Golden Knights were led by Damion Jacobs, who scored three touchdowns, one a 86 yard kickoff return. The Rustin defense also had a big game as they dominated WC Henderson up front. It may be hard for West Chester East to move the football on the Golden Knights defense.

West Chester East has given up 93 points combined in its first two losses. The Vikings are going to have to hope to control the clock by running Mitch Ragni a lot. Ragni had 213 yards on just 14 carries last week in a 34-16 loss to Great Valley.

Oxford at Unionville 7 pm: Both squads are 1-1 but Unionville may have the edge on the host Hornets. Longhorns running back Joe King went for 174 yards on 22 carries in Unionville’s 35-14 win over Sun Valley. Quarterback Levi Brawley threw for two scores in the win.

Oxford dropped a 42-14 decision to Kennett last week in a game the Hornets rushed for just 50 yards. Senior quarterback Dustin Long threw for 210 yards and two scores for the Hornets.

Downingtown East at Delaware Valley 7 pm: Downingtown East hits the road and the Cougars will still be without starting quarterback Jamy Jenkins, who is out due to a wrist injury. In the Cougars 32-31 loss to State College, Bo Horvath rushed for 248 yards on 38 carries and many of Horvath’s carries were out of the Wildcat formation.

Sophomore quarterback Mason Ippolito will get the start again for the Cougars and Owen Lammy had a big game for the Cougars defense. Delaware Valley is one of the better 5A teams in Pennsylvania, but they could not handle 6A power Harrisburg last week, dropping a 32-3 decision.

Owen J Roberts at Avon Grove 7 pm: Avon Grove got into the win column with a come-from-behind 29-20 win on the road at Penn Wood last week. Running back Harrison Watson had touchdown runs of 22 and 26 yards for the Red Devils. Avon Grove should have the edge up front on the Wildcats and be able to move the football the ground.

Central at Bishop Shanahan 7 pm: It was not a good opener for Bishop Shanahan, as the Eagles turned the ball over seven times in a 35-0 loss to Phoenixville last week. Central is coming off a 42-6 win, last week against Ben Franklin but gave up 80 points in its opening week loss to Chester.

Conestoga at Strath Haven 7 pm: Conestoga is 2-0 and the Pioneers had a tougher-than-expected 15-14 win over Lower Merion last week. Conestoga quarterback Peter Costigan is off to a good start to the season. Strath Haven is built to run the football and the game will be won in the battle of the line of scrimmage.

Sun Valley at great Valley 7 pm: Great Valley is 2-0 and the Patriots got a three touchdown passing performance from quarterback Braeden Melia in last week’s win over WC East.

Sun Valley is 1-1 and the Vanguards are improving under second year head coach Ernie Ellis but the Vanguards defense should give the Patriots plenty of yardage.

Malvern Prep at Archbishop Wood 7 pm: You cannot have a much more impressive win than the Friars 35-0 blowout of a very good LaSalle team last week. Malvern Prep quarterback Skyler Smith, a sophomore, threw for three scores and the Friars defense picked off two Explorers’ passes.

Archbishop Wood had a bad summer as the Vikings saw eight starters transfer out of the school. Former Central Bucks West star Dave Armstrong did not get the head coaching job until mid summer and Wood cancelled its first two games of the 2022 season to get ready for their opener against Malvern Prep.