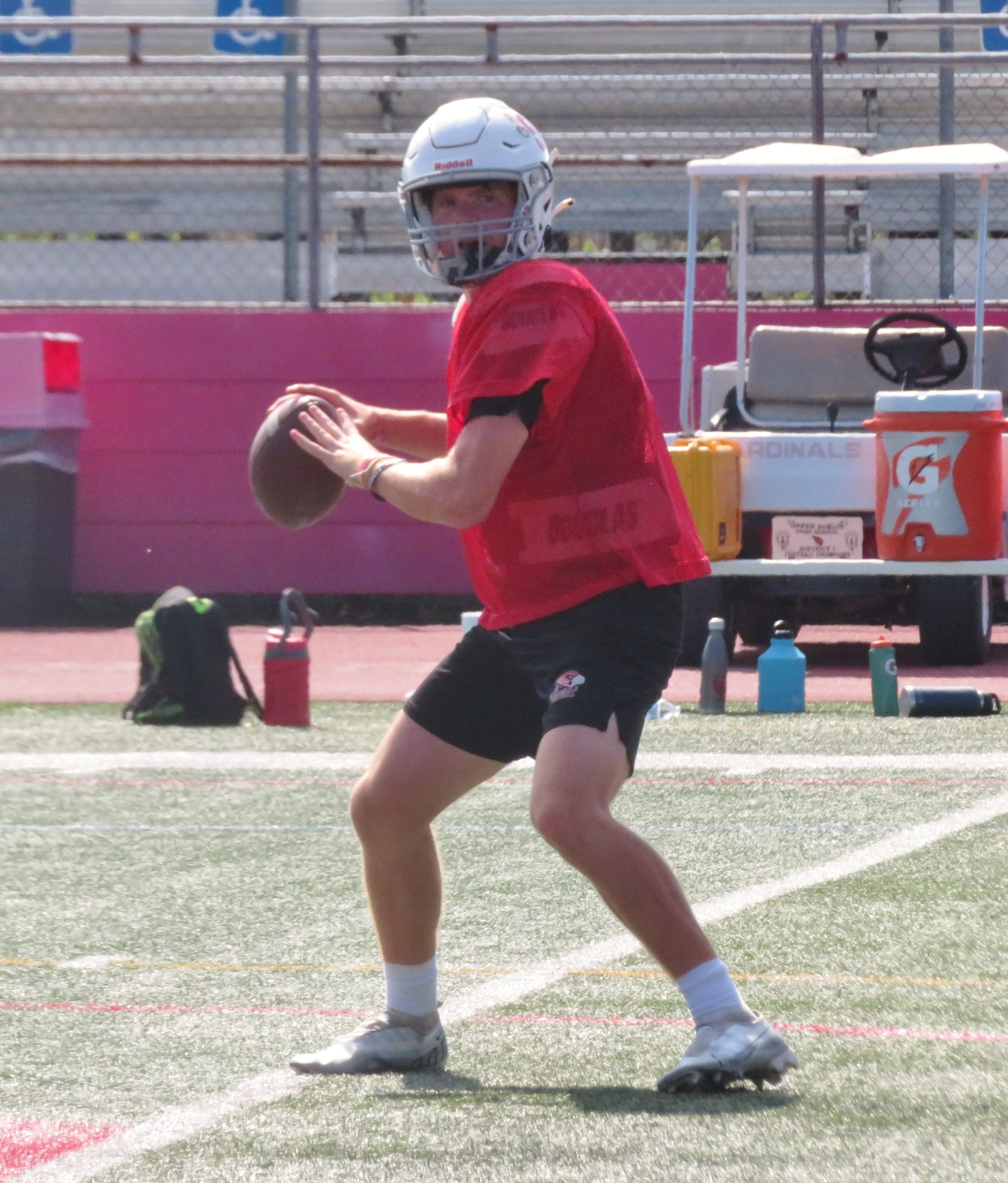 FORT WASHINTON >>  The Upper Dublin Cardinals soared to a 35-7 victory against the Central Bucks West Bucks on Friday night. In this Suburban One League matchup the Cardinals dominated on the ground and through the air on offense.

Defensively, the Cardinals bent but refused to break and repeatedly turned over the Bucks.

This was evident by the first play of the game when the Cardinals recovered a Bucks fumble. Miscues like fumbles and penalties hurt the Bucks all game long and hurt any attempts to sustain drives or building momentum.

“Too many mistakes,” said Central Bucks West head coach Robert Rowan. ‘We had four false starts in the first half those are drive killers.”

The Cardinals took advantage of Bucks’ mistakes, first embarking on a three-play drive culminating in a nine-yard touchdown from senior quarterback Colin O’Sullivan to senior running back Tawfiq Bartlett after the opening fumble. The Cardinals second touchdown drive, which ended with a pass from O’Sullivan to senior tight end Coleman Zamborsky, also came off a CB West fumble.

Even without the turnovers the Bucks were going to have a hard time stopping O’Sullivan who was superb in his second game of the season dicing up the Bucks defense to the tune of 17-of-29 for 170 yards and four touchdowns with one interception.

Not to be outdone, the Cardinals ground attack was also potent, grinding out 127 yards and a touchdown. The Upper Dublin offensive line was excellent all night whether opening holes for their running backs or giving O’Sullivan the time needed to pass.

“All credit to the guys up front who were able to protect me long enough to make a decision,” said O’Sullivan “We got really physical at the line of scrimmage and at the point of attack we were able to move them back”

The combination of passing and rushing success was exactly what Cardinal head coach Bret Stover wanted to see from his team.

“We can’t just be one-dimensional, where we just have to sit and throw cause everyone will figure us out that way,” said Stover. “They tried to drop in coverage early and we ran the ball. Then they came back in and we were able to throw the ball and we kind of had them on a yo-yo.”

Following an opening season victory in which he felt his team still underperformed, Stover was ecstatic with how his team responded in their second game of the season.

“Our kids took the criticism, the constructive criticism, the coaching, and came out and wanted to get better which is awesome. When you have coachable kids like we have here at Upper Dublin that’s all you can ask,” said Stover.

Upper Dublin is now 2-0 on the season and will look to continue their undefeated start next week in their first road game of the season against North Penn. Central Bucks West will host Quakertown seeking its first victory of the season.