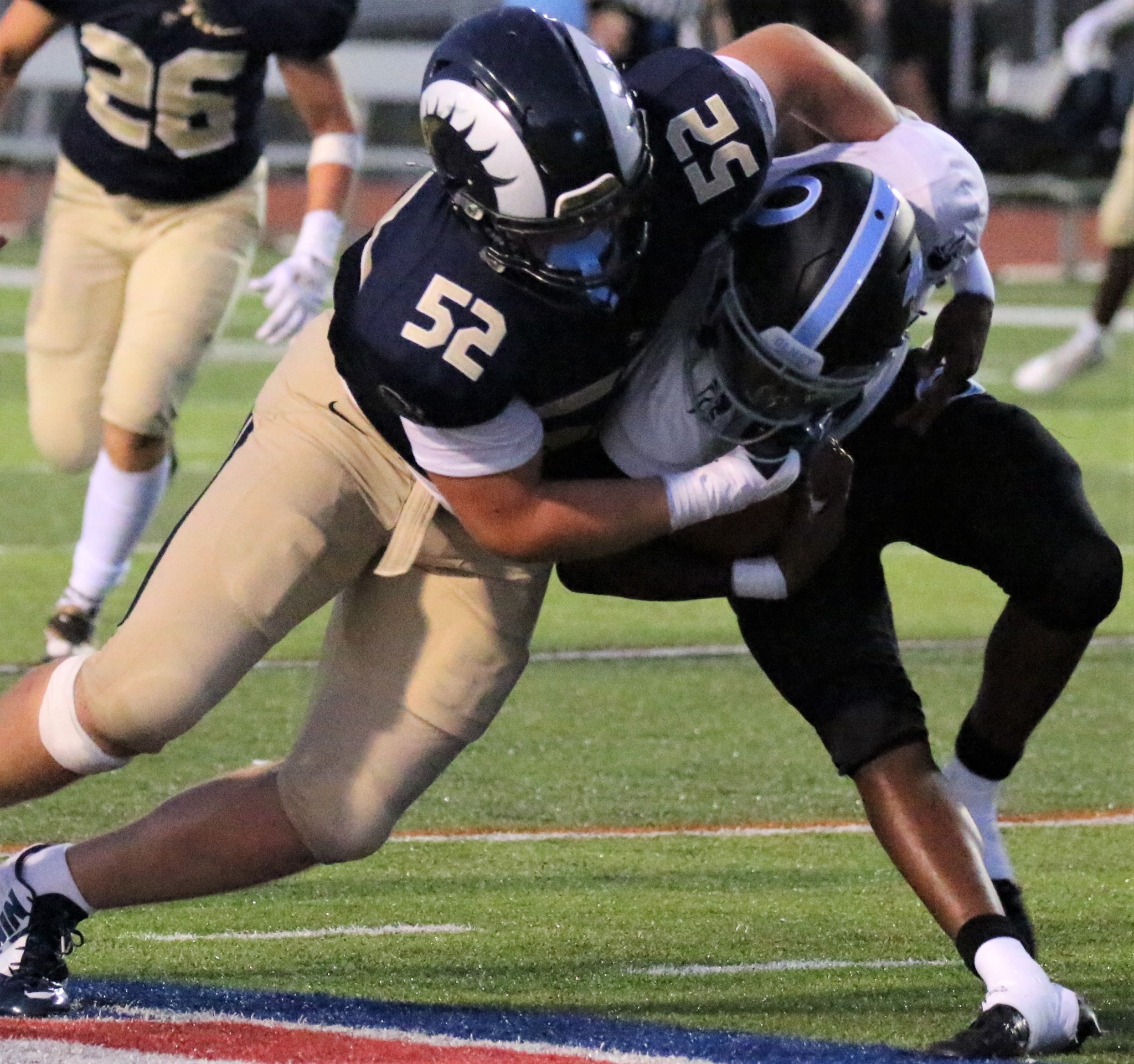 ROYERSFORD >> Attrition is a fact of life in high school football, but it seems especially pronounced in the early season.

As important as wins and losses are, watching a new team’s growth is paramount in the lead-up to league play starting at the end of September.

That’s why Spring-Ford coach Chad Brubaker looked like anything but a 20-point victor after Thursday night’s 28-8 win over District 12’s Olney.

Despite a decisive disadvantage in manpower, the visitors from Olney outplayed SF for much of the second half, not the desired outcome following the Rams’ impressive debut against District 3’s Governor Mifflin a week ago.

“We need to play a complete game, and that second half wasn’t it,” said Brubaker. “We have work to do to get better.”

Olney dressed only 27 players for the contest. As one might expect, the difference was in the trenches as Spring-Ford was able to control possession in the first half, amassing a 21-0 lead while also racking up 14 tackles for loss on the night defensively.

Franny Undercuffler and Luke Pajovich were the leaders with four TFLs apiece. Spring-Ford stopped the Trojans from crossing midfield until late in the third quarter, but the players echoed their coach’s thoughts on improvement.

“We need to take our opponents seriously the whole 48 minutes,” said Pajovich. “There were a lot of penalties, and I think that got us off our game. That can’t happen. We need to maintain, need to keep going.”

As much as there can be a ‘turning point’ in a 21-0 game that ends with a 20-point margin, Shyheem Taylor’s red-zone interception of Zollers in the third quarter marked the moment when Olney came to life. He returned the ball to the Rams’ 39, marking Olney’s best field position to that point. But the Rams’ defense would stiffen, providing their highlight for the evening with a goal-line stand that allowed them to keep Olney off the board for the time being.

The Trojans would break up the shutout on the first play of the fourth quarter, a safety on a punt snap out of the end zone.

Olney quarterback Dylan Health was under siege all night but showed impressive resilience that paid off in a late scoring strike to Amari Alvin to bring Olney within 21-8 with five minutes to play. But Spring-Ford recovered the onside kick and embarked on a five-play scoring drive culminating in Will Fish’s barreling 16-yard scoring reception to ice the contest.

Surprisingly, the Trojans got stronger as the contest progressed, controlling possession for much of the second half despite the numbers disadvantage. The performance impressed many observers, leaving both viewers and Olney staff to wonder how the outcome might have differed had Olney enjoyed similar roster depth to the Rams.

“We need to keep our heads in the game — more stamina, more energy,” said Undercuffler.

Spring-Ford’s special teams repeatedly set up the home team with outstanding field position in the first half, blocking two punts deep in Olney territory with each leading to touchdowns.

Neither team made much happen on offense early, but Zach Zollers’ work on special teams and at wide receiver got Spring-Ford a first-quarter lead. His punt block gave the Rams possession inside the Olney 30, where it took six plays for Matt Zollers to find his older brother on a fade for a 12-yard touchdown pass that opened the scoring.

The second quarter saw the Rams double the lead when Gage Swanger took a short hitch, juked a couple Olney tacklers and dove across the goal line from 24 yards out. Three minutes later, it was Mason Scott catching Matt Zollers’ third TD pass of the half on a 21-yard toss, set up by Mike Bendowski’s blocked punt.

Olney (1-1), who opened with a 12-9 win over Father Judge of the Philadelphia Catholic League last week, returns to the field next week at Chichester. Dylan Health led the Trojans with 73 yards passing and 35 yards rushing. Penalties were indeed costly, with the Trojans whistled 13 times on the evening.

Despite the final score, Olney takes a lot of positives from Thursday’s game after hanging tough for 48 minutes.

“Hats off to them,” said Brubaker. “I think they played better than us. We need to find some fire.

“We didn’t throw well, catch well, block well… I did think we tackled well, but we allowed them to control that game.”

Spring-Ford (2-0) moves onto another non-league challenge next week when they host Cumberland Valley from District 3. The Rams dropped a heartbreaker to the Eagles a year ago, falling 23-19 in the final seconds on a broken play.

The Rams figure to take advantage of the extra day of preparation a Thursday night game affords them — a benefit Franny Undercuffler feels is much needed.

“[The short week] threw things off a little bit [tonight], but we were able to get the win,” he said.

“We’ll be angry next week,” said Pajovich. “I hope our whole team realizes we need to play better.”