Miller steps down as Boyertown head football coach after 5 seasons 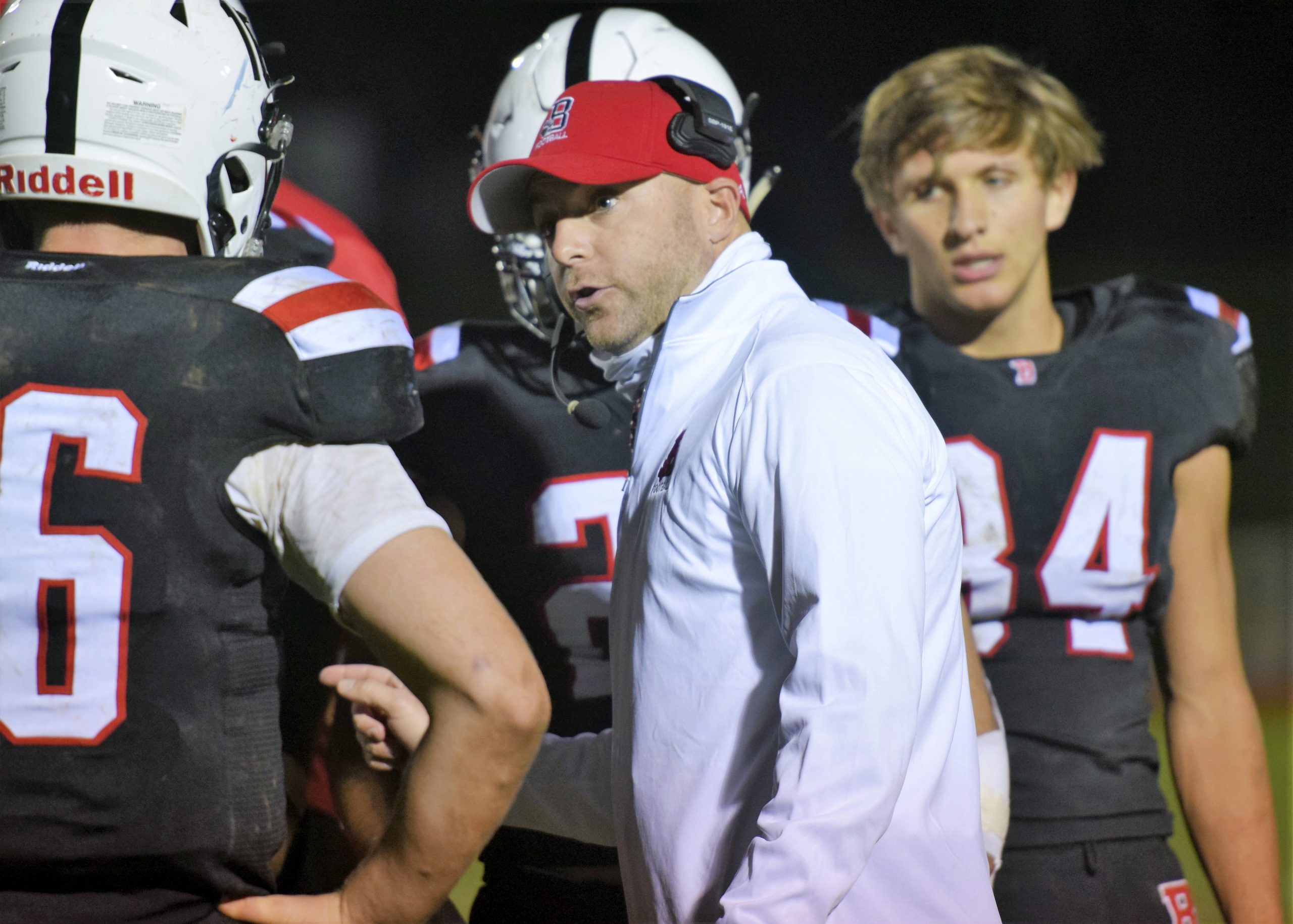 That’s the priority list Thomas “T.J.” Miller has applied to his life. It’s the mantra he tries to instill in the young football players in his charge over the years.

Lately, though, Miller has been conflicted by the orientation those ideals have made … specifically, the lowered priority family has held. Focusing to a greater degree on the development of high-school gridders has come at the price of seeing his own children develop their athletic talents.

“I wasn’t doing it,” Miller explained. “I wasn’t able to see my kids playing sports.”

That’s what prompted Miller to step away from his head-coaching position with Boyertown football after five seasons. Miller announced the decision this past week, parting ways with a program whose success he measured more by intangibles like players developing into model citizens than by win-loss records.

Ultimately returning family ahead of football was the determining factor for Miller.

“There was always an empty seat in the bleachers. I was missing their stuff … I didn’t see my kids all through the fall.”

Boyertown was the latest step in Miller’s coaching voyage … one with stops at Gov. Mifflin (twice), Penn Manor and Muhlenberg. He recalled the extent to which he was embraced by the administration when he interviewed to replace former head coach George Parkinson.

“The administration — principal Dr. (E. Wayne) Foley, athletic director Nick Palladino — you couldn’t find better,” Miller, a history teacher at the high school, said. “When I took over, the administration said we were at ‘ground zero’ on goals. We accomplished excellence on the field, have a GPA (grade point average) of 3.30 and the players are involved in the community.”

Conversely, Miller’s level of preparation for the interview impressed the administration.

“He was the most prepared person we ever had,” Palladino said. “From the first minute, it was ‘we,’ not ‘I.’ When I knew this guy, I knew I had to get him.”

“I knew if he came to me with a concern, it was valid. We knew he cared.”

To be sure, the program’s coaching record under him (5-15 Pioneer Athletic Conference, 15-34 overall) was not the whole word on what Miller brought to Boyertown.

“Every season,” he said, “there’s been something special. I learned and grew as a coach.

“I built relationships that were life long in each player. That’s what I’m proud of.

“Guys like Jerry Kapp, Nick Moccia, the Marinellos … they were role players who filled in and understood. I have team pictures on the wall at home.”

One addition for the football program was its involvement in the Eastern Conference playoff championship. It was in the game twice; the first time, during Miller’s first season, the Bears handled Pocono Mountain East 48-20. The second time was this past season, when Boyertown played Fleetwood.

“We were in it when I was at Gov. Mifflin,” Miller recalled. “I wanted us to get into it.

“I was proud of that. It brought the playoffs to Boyertown. That meant a lot to the kids.”

“It was a building block, a huge boost … something you could build on,” Palladino added.

The EC championship capped a 5-6 season in 2017 (3-2 PAC) that was the top mark of Miller’s tenure. But there was another aspect of the program’s growth that was testament to his influence.

Finding positives with each of his teams, Miller was particularly complimentary of the 2021 squad that returned from a COVID-shortened 2020 campaign.

“I’m very proud of the way the kids came back,” he said. “The seniors were phenomenal. They’re leaving something we have, the seniors’ legacy of leadership.”

For the immediate future, Miller’s attention will be on refocusing family to it rightful place on his priority list. He recalled how he and his wife, Lindsey, have been together since they dated in high school.

“I want to take time to be with my family. I was coaching before they were born,” he said. “This will be my first fall with no football. But the game changes life, and it changes other kids.

“I love my time with football at Boyertown. It’s not rebuild, just finding someone to steer the ship.”

It figures Miller’s time coaching the sport has left an indelible imprint on his family, too.

“I’m going to miss him in football,” son Jack said.

The process to find Boyertown’s next head football coach has been under way for about a week, according to athletic director Nick Palladino.

“The job has been posted, and the deadline for applications is Feb. 15,” he said. “We’ll be conducting interviews the next two weeks, and by mid-March I’m hoping to have a name to recommend.”

In the time since the position was advertised this past Friday (Jan. 21), the district has received approximately a half-dozen applications.

The district’s website (boyertownasd.org) outlines the process for applying for the position.