All-Delco Football: From ‘Tubby’ to talk of the town, Mills made history at Ridley 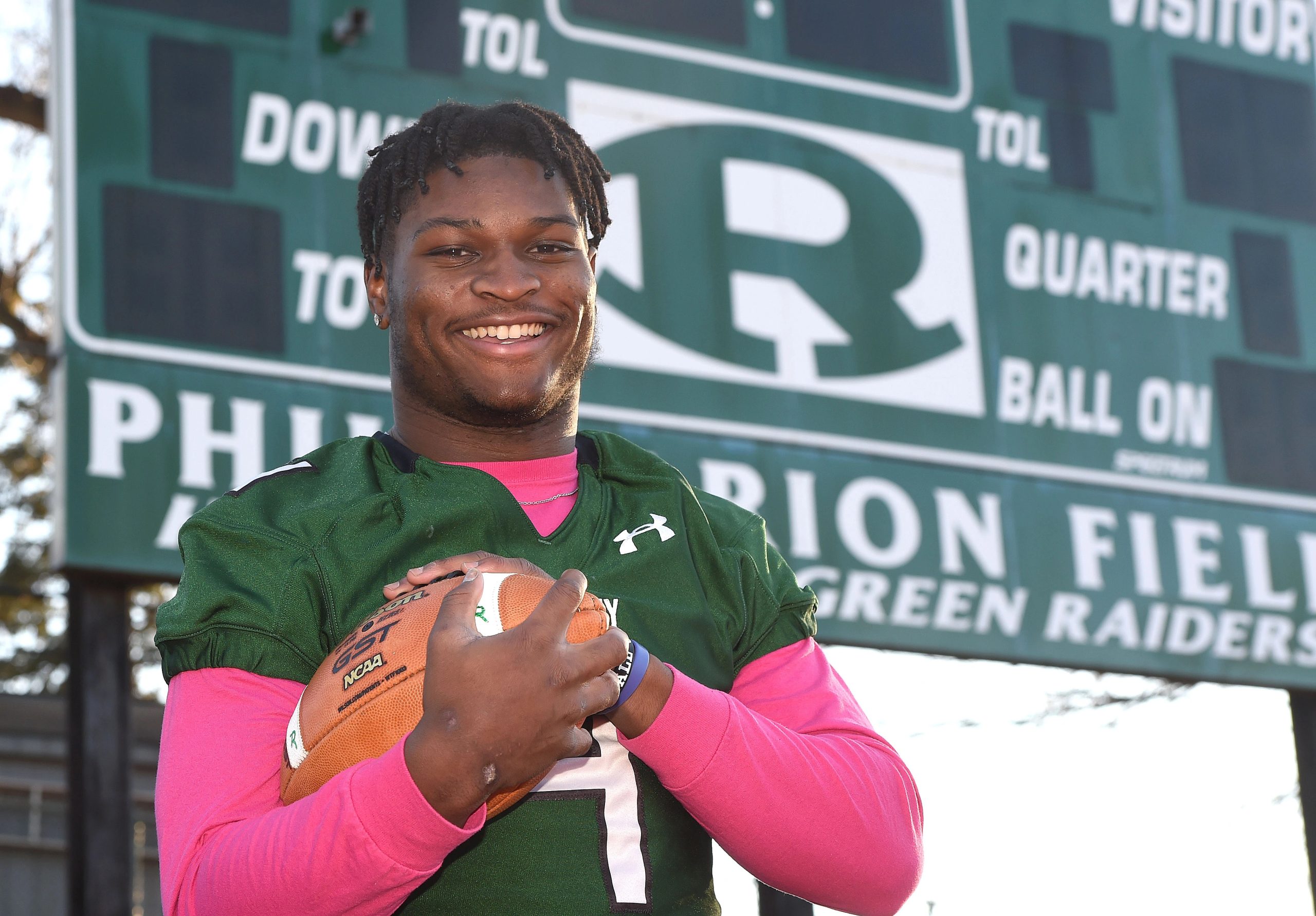 “I used to eat a lot as a kid,” the Ridley senior said. “And my favorite show was the Teletubbies. People just started calling me ‘Tubby.’ After a while, I was a chubby kid and I just went with it.

“At first I was angry about it, but then it grew on me.”

That’s the name his teammates and coaches know him by. One of his best friends on the team, quarterback John Heller, was asked at one point this season to talk about Mills’s excellent game, one of many from the star running back. Heller faltered: “Who? Oh, you mean Tubby?”

“I guess Tubby is easier to say, too,” Mills said.

Ridley’s Tahir Mills runs away from the Springfield defense during a game in September. Mills had six games of 196 yards or more this season in setting the single-season Delco rushing record. (PETE BANNAN – MEDIANEWS GROUP)

Fans of Ridley football cheered his name throughout the Green Raiders’ 13-2 journey this fall. Mills had one of the greatest seasons in Ridley history. He became Delaware County’s single-season rushing champion with 2,519 yards and 31 touchdowns. His 36 total touchdowns were one off of tying the county record.

Little kids flocked to him after games for autographs, some even asking their parents to make sure Santa gets them a No. 4 Ridley jersey for Christmas.

His impact on the field and on the youth of Ridley Township, many of whom will now aspire to be the next Tahir “Tubby” Mills, makes him the 2021 Daily Times Player of the Year.

The All-Delco team is selected after consultation with local coaches.

Mills is a quiet and humble young man who would rather give all the credit to his teammates. That’s been his style ever since he arrived at Ridley.

“When he was a younger player, he was so quiet that we wondered if he is a kid that kind of wants to be the dude. We always thought he had that potential,” Ridley coach Dave Wood said. “Last year, it’s a shame he didn’t get that breakout year (because of the pandemic-shortened season). That probably cost him a little bit. And he’s the type of kid that is so hard on himself than we can ever be as a staff. He’s always critiquing himself and how to get better week to week. … He’s never a finger pointer and he’s never going to complain about anything.”

It seems hard to believe Mills dealt with anger problems as a kid, years before he started playing football in sixth grade for the Chester Township Cougars

“When I was younger, I was a hothead,” he said. “I was always angry and had a lot of anger issues. By the fourth grade, I was humbled. I just started to grow early and after that I knew I had to stand out of the way. I don’t want to be that person again.”

Mills values hard work and patience. While he had seen varsity action since his sophomore year, it wasn’t until this season that he became the focal point of the offense. As a junior he was a role player as Ridley coaches opted to give the majority of time to a senior class robbed of a full season due to the coronavirus pandemic.

“I always put my trust in God and I was out here all during the COVID year just making sure I was bettering myself everyday,” Mills said. “Once I got the chance, I made the most of it and did the best I could to help my team.”

Mills could have started on defense at linebacker this fall, but Wood and his staff decided to make him “the man” on offense. And, boy, did that decision pay huge dividends for the Green Raiders.

Mills kicked off the season with a 251-yard, three-touchdown performance against Central Bucks East. He had five games of more than 200 yards rushing and another with 196 yards.

His greatest performances came when the games mattered most. On the final weekend of the regular season, he ran for 226 yards and two touchdowns in a win against Conestoga to give the Green Raiders a first-round playoff home game in the District 1 Class 6A tournament. In the playoff opener, facing Conestoga again, Mills broke the Ridley record for most rushing yards in a game with 357 and five TDs. He topped that mark a week later when Ridley beat North Penn in overtime, rushing for 365 yards and four scores.

After the Green Raiders fell to Coatesville in the district semifinals, Mills concluded his high school career on Thanksgiving morning at Interboro. He broke the county’s single-season rushing record in the first quarter.

“Not many people believed we would go that far,” Mills said. “We had that chip on our shoulder from the start of the summer all the way until the end.”

As far as his college destination is concerned, Mills is not sweating the process. The majority of PSAC schools have expressed interest. There are FCS teams in the mix as well.

“I don’t have a list where I definitely want to go,” Mills said. “It’s I guess whoever gives me the best opportunity to play and where I’ll be the most happy.”

One lucky school will be very happy to have Mills on their football team next fall.