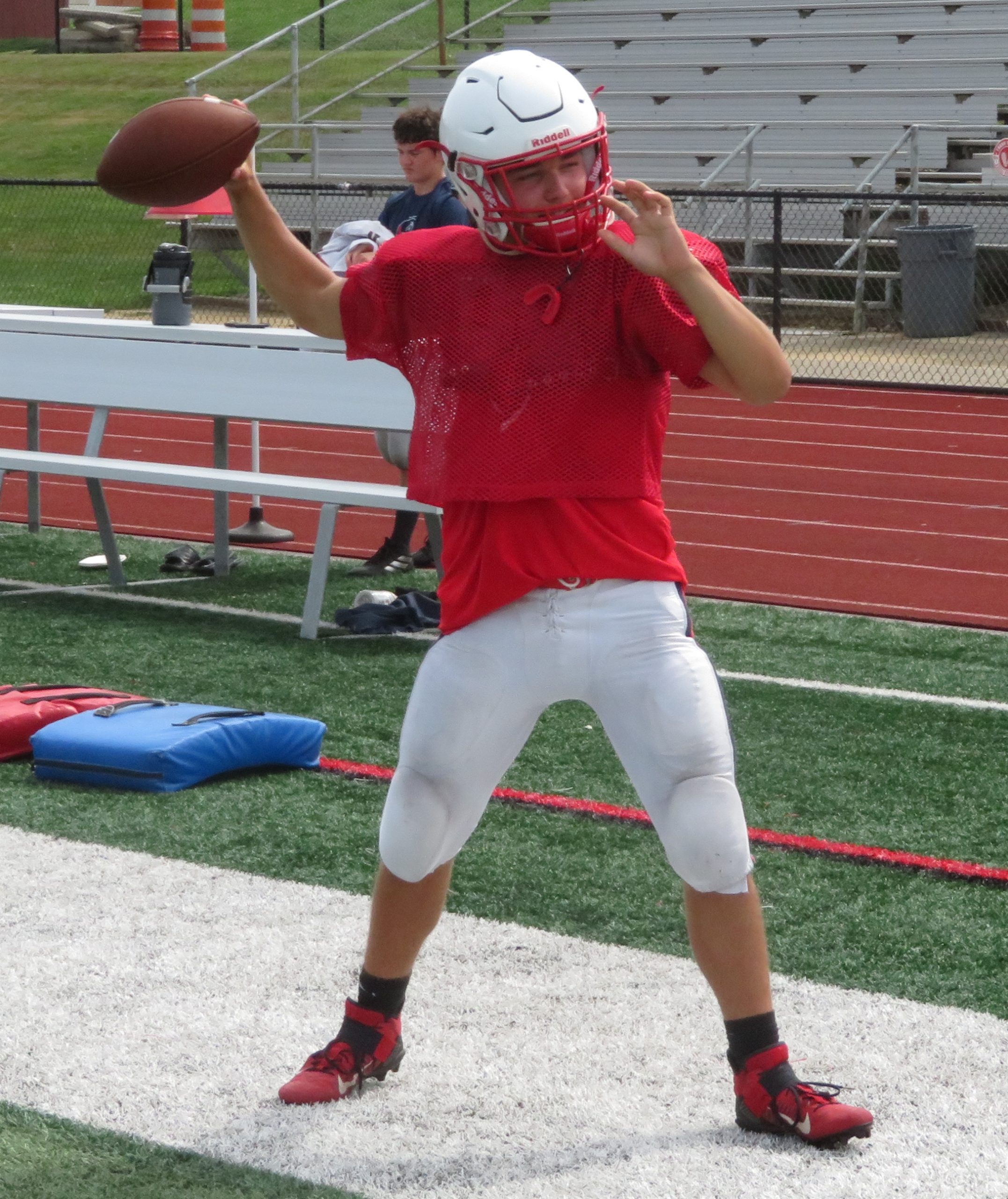 Plymouth Whitemarsh’s offense has been dominating teams with its rushing attack this season. Junior quarterback Aiden O’Brien has been driving defenses crazy with his correct reads on whether to handoff, pitch or keep the ball in the Colonials triple-option system.

For most of the season, the Suburban One League American Conference champions haven’t had to throw the ball more than a few times a game. A pass almost has the same effect as a trick play – a rare occurrence that can pick up big yardage because it catches the defense by surprise.

In recent weeks, O’Brien has remained a low-volume passer, but he’s found success in situations when the opponent knows it’s coming.

Three weeks ago in the regular season finale, PW hosted Wissahickon in pouring rain and heavy wind. O’Brien only threw the ball once – but it was a 4th-and-9 and the Trojans were prepared for it. O’Brien connected with Dominic Konieczka for a 16-yard touchdown.

“(Cheltenham) was taking away some things in our run game,” PW coach Dan Chang said after the 49-0 win, “bringing a lot of guys into the box. We saw some things that we thought we could take advantage of. Aiden threw some good balls. Phil caught a couple tough balls, made a great play to score on that first touchdown. Nate Kern makes a great play after catching the ball to get into the end zone. Jared Kolsun makes a great catch over somebody in the middle of the field. Not only is Aiden putting the ball where he needs to, but our guys are going up and getting it, which is nice to see.”

“I was feeling great,” O’Brien said. “I wanted to throw the ball a little bit more. I feel confident in throwing the ball. Even though we’re a triple-option team, we can still throw the ball.”

In the quarterfinals against No. 4 Upper Dublin last week, the Colonials trailed by eight points with less than two minutes left at their own 37-yard line. PW had to throw the ball against a strong Cardinals defense, which allowed 23 total points across its previous five games, that knew it was coming.

O’Brien went 3-for-3 on the drive for 54 yards. He connected with running back Tommy Hannon for 18 and 28-yard gains on the first two plays of the drive before hitting Gregory Feinberg for eight yards two plays later.

On a 4th-and-7 dropback two plays later, O’Brien evaded a pair of sacks before running for the first down, setting up a six-yard Hannon TD run. O’Brien ran for the two-point conversion to tie the game with 13.3 seconds left and the Colonials went on to win, 42-36, in overtime.

Plymouth Whitemarsh will surely test No. 1 West Chester Rustin’s discipline with its triple-option rushing attack in the District 1-5A semifinals Friday at 7 p.m. at Rustin.  O’Brien’s shown in recent weeks that it will take more than a strong run defense to keep the Colonials off the scoreboard.

Mercury Week 12 Football Review: From A to Z – recapping the year in area high school football
Coatesville storms past Ridley