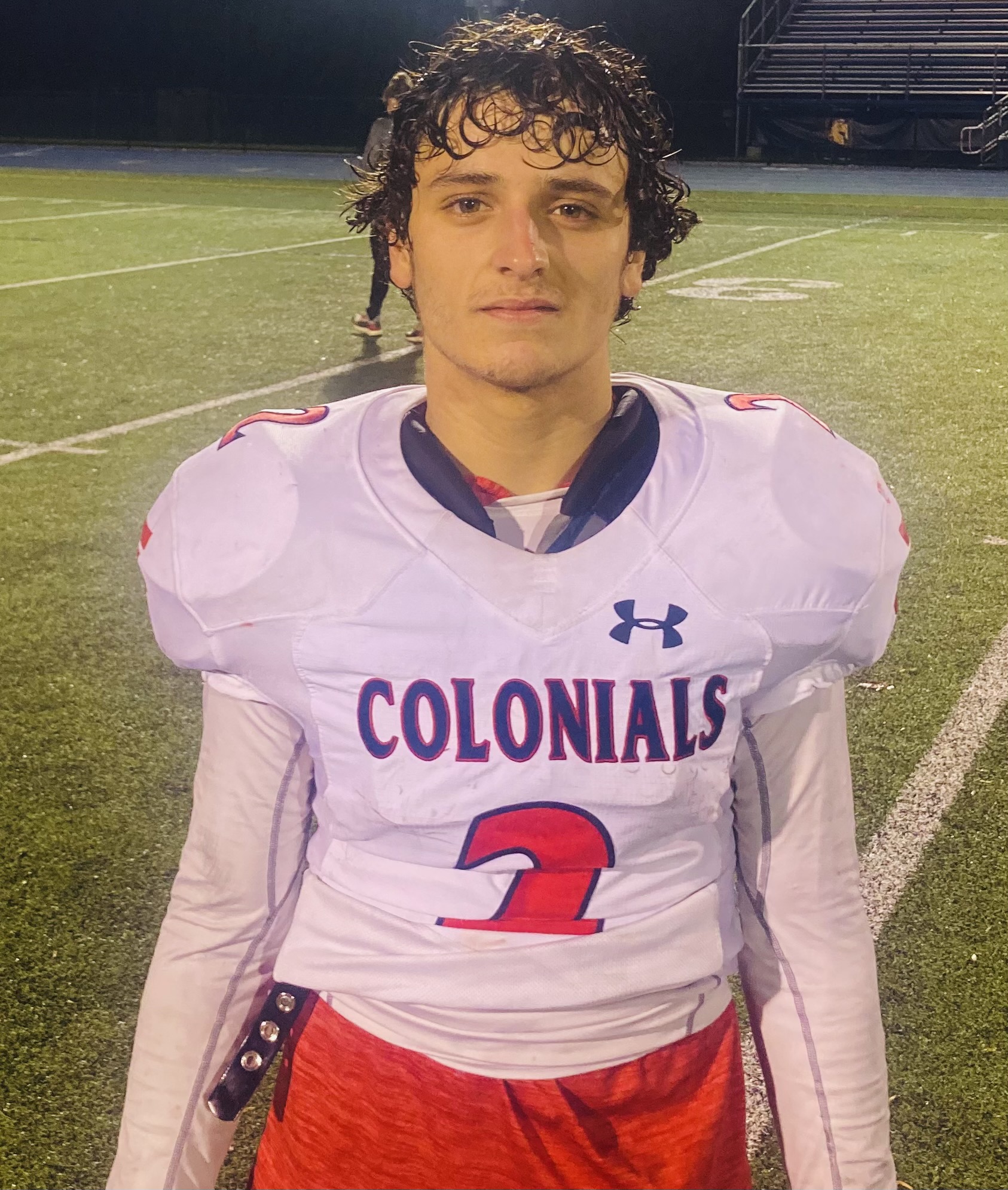 AMBLER >> In a game dominated by the offenses, it was Plymouth-Whitemarsh’s defense that came through in the tightest of spots.

“That was big. We knew if we got the stop, that was gonna be the game,” said the Colonials’ Chris McLaughlin. “Because we knew we were punching it in.”

The Colonials and rival Upper Dublin battled into overtime Friday night, and as the overtime rules go, each team is guaranteed a possession, awarded the ball at the opponent’s 10-yard line. The defenses have little margin for error and very little ground to give whatsoever.

PW’s defense took the field first, trying to stop a Cardinal ground attack that had gained plenty of steam in the fourth quarter.

“We knew they were gonna come out in their power look,” said McLaughlin, a senior defensive back. “They had been doing it all game. They were moving the ball pretty well on us actually. Our guys just understood what was going on. They understood it was overtime and we had to stop them.”

The Cardinals gained five yards on their first play but were stopped for two on the second and a fumble on third down turned it into 4th-and-Goal from the four.

With PW’s secondary eager to do its part, Cardinal quarterback Colin O’Sullivan’s pass into the corner of the end zone was broken up by McLaughlin.

“It just feels good that it was me breaking it up, but I just love to win with the guys,” the senior said with a smile afterwards.

The rest is PW history, as the Colonials scored on their possession and advanced to the district semis for the first time since 1997.

“We really came together. We started off a little iffy with the loss (to Central Bucks South in Week One) and then we’ve just been up since then,” McLaughlin said of the Colonials’ 10-game win streak, including Friday’s 42-36 triumph. “Two years ago, we made it past the first round but lost in the second, and now we get to keep on pushing so it should be exciting to see how far we get.”

PW’s defense refused to give in.

The Cardinals had scored 22 of their 36 points in the fourth quarter and had seemingly taken over the game, but PW responded with its biggest series of the season, stopping the Cardinal ground attack inside the 10 and then coming up with a tremendous play in the end zone on fourth down.

“Words can’t describe what that was like, to experience that with the kids,” Colonials coach Dan Chang said. “Our defense came up big there. Upper Dublin had some success with their power set and we were able to contain that a little bit on those three downs and then we made a great play again on fourth.

The defense’s determination typified the team as a whole.

“We talked to our kids about how this was gonna be a dogfight all game long, and that’s exactly what it was – back and forth,” Chang said. “These guys’ ability to come together and fight through adversity is what sets them apart.”

For example, quarterback Aiden O’Brien, who had an interception return for a touchdown and played his part on the overtime stop.

“It was all heart,” O’Brien said. “Nothing else mattered but stopping them and going to score.”

Added Tommy Hannon: “We talked each other up. We have a bunch of seniors that have been playing together for a while. We didn’t want them to go out like that. They didn’t deserve it. Went all out that last play, last three or four yards, whatever it was. We weren’t ending our season like that. We worked way too hard in the summer, way too hard during the week. We weren’t giving it up.”

The Colonials hope the big stop leads to even bigger things.

Said McLaughlin: “That was the craziest game I’ve ever been a part of. I’m happy it went our way. It could have went either way and we stepped up.”