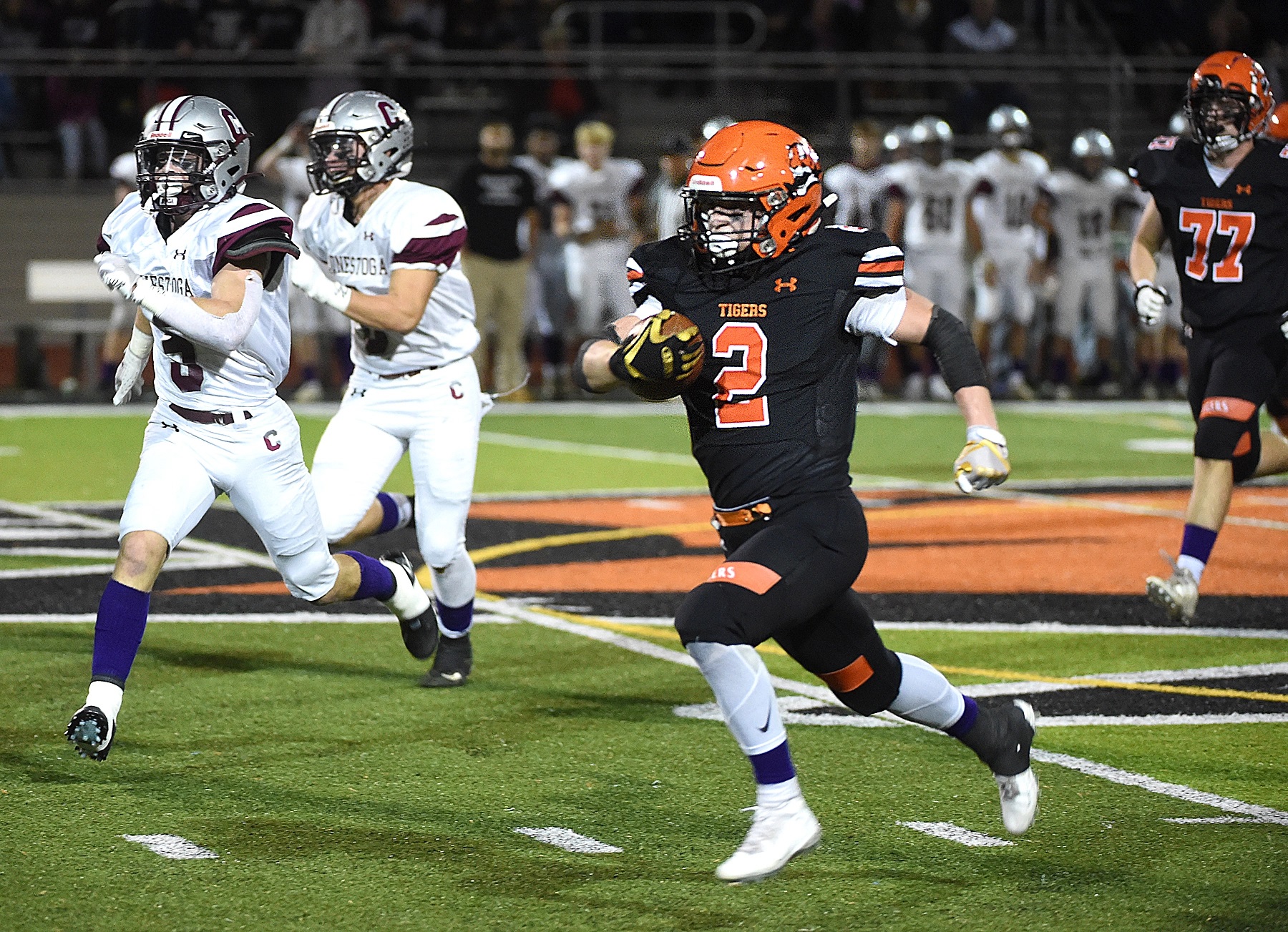 It was only appropriate that the seniors took center stage on senior night at Marple Newtown Thursday night.

All the touchdowns were scored by seniors as the Tigers closed out the regular season with a 36-6 Central League victory over Harriton.

Senior Charlie Box ran for 175 yards and two touchdowns to move into second place on the school career rushing list behind Marcus Weathers, according to the Tigers Radio Network. Box scored on a six-yard run for his first score. He set that up with a 39-yard scamper. Box then raced 80 yards for a TD to give the Tigers (7-3, 6-3 Cental League) a 29-0 lead. On that run he passed Adrian Sapness and Matt Moccia to move into second place in program history in career rushing yards.

Marple Newtown scored on its first two possessions and both of those TDs were by seniors. Eric McKee hauled in a 15-yard pass from sophomore quarterback Dave Bertoline for a 7-0 lead. Bertoline then hit senior Mike Schumacher with a 34-yard scoring strike to make it 14-0.

After Box scored twice, senior Angelo Luster muscled in from a yard out for his first TD of the season.

The victory also improved Marple’s chances of getting a home game in the District 1 Class 3A playoffs. The Tigers entered the game seeded eighth, less than four points behind Chester (7-2) and a little more than two points ahead of Academy Park (6-2) in the district power rankings. The Clippers and Knights square off Saturday in Sharon Hill. The top eight teams get a home game in the district playoffs, which start next week.