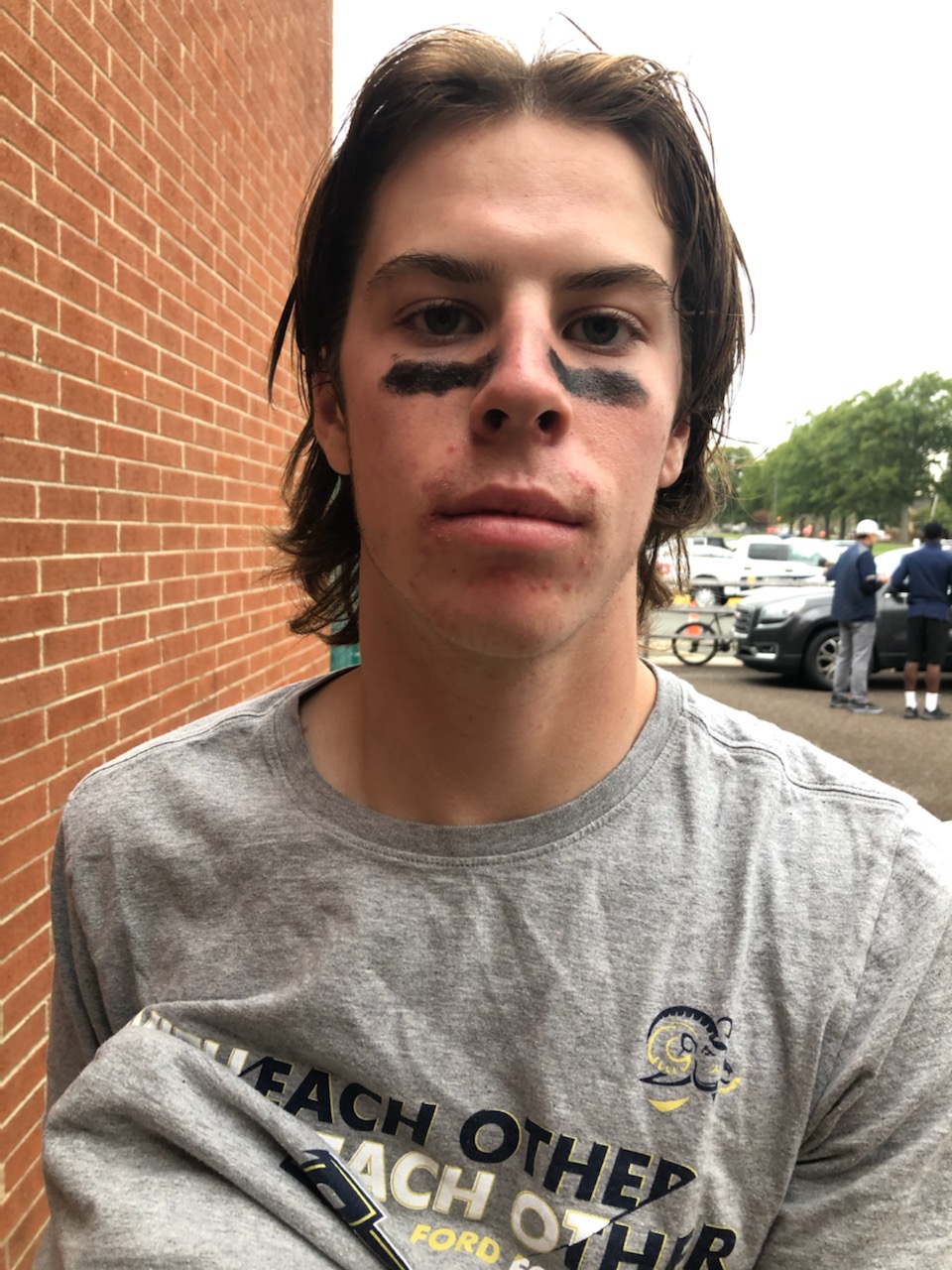 LIMERICK >> As Homecoming celebrations go locally, Spring-Ford routinely puts on some spectacular ones.

While the pageantry, presentations and level of fan enthusiasm make them special, the football team adds to the spectacle by producing victories over whichever Pioneer Athletic Conference opponent it hosts. That was again the case Saturday when the Rams rolled up a 42-10 win on Owen J. Roberts at Coach McNelly Stadium.

Second place in the PAC’s Liberty Division standings, a higher-level opponent for next weekend’s crossover matchup and standing in the District 1-6A playoff rankings were the distinctions going to the winner. To secure these achievements, the Rams got a tone-setting performance from their defense.

A pair of second-quarter interceptions by Carson Bogdan and Jseth Owens — the first a 62-yard “pick six” — helped SF (4-1 division, 6-3 overall) expand the 14-7 lead it held on Owen J. (3-2, 6-3) after one quarter. Building a 34-10 advantage by halftime, the Rams added two more scores down the stretch while keeping the ‘Cats, minus the star of their running game, from regaining any traction.

“All season long,” senior Carson Bogdan said, “the defense has gone after it. Every game, we get stronger.”

Bogdan’s pickoff of a deflected pass at his 38 effectively derailed OJR’s attempt to pull even on the scoreboard after the Rams broke up a 7-7 game with Matt Zollers hooking up with Gage Swanger on a 35-yard TD pass near the closing minute of the first quarter. It was a most opportune set of circumstances for the home team, and a career first for Bogdan.

“My original thought was for making the tackle,” he recalled. “But it fell into my lap, and I was off along the sidelines.”

The other swipe, Owens doing it on the fly, got SF the ball at the eight. From there, Harry Adiyefeh Jr. went off-tackle to the end zone for a 34-10 Ram lead.

“That was a killer,” OJR head coach Rich Kolka said. “We were almost to midfield, and he (QB Michael Reed) made a great throw.

“We didn’t make the play, and you can’t do that. It was a back-breaker.”

Another timely score came Spring-Ford’s way after Roberts got a 33-yard field goal from Carson Johnson inside the first half’s two-minute mark. On the subsequent kickoff, Mason Scott fielded the boot at his 13 and ran to the end zone with 1:40 left in the half.

Things got worse for OJR when Avrey Grimm, running off-center on the last play before halftime, sustained a leg injury. Kolka hoped to get more details on the extent of Grimm’s injury Sunday.

“That rubbed more salt in there,” he said.

Grimm came into the game within 50 yards of reaching the 1,500-yard mark for the season. He got that accomplished with a 35-yard burst around his left end, upping his game total to 98 prior to the injury.

“I thought we could run the football at them,” Kolka said. “But that’s not the way it transpired.”

With Grimm out, Roberts went basically three-and-out on three of its four second-half possessions. Its most productive was a seven-play possession set up by Aston Shrum’s interception of Zollers at the Owen J. six.

“There’s room for improvement,” Bogdan said. “We can get better as a unit.”

The Spring-Ford offense benefited from the short fields its defense provided, and the heady play of Matt Zollers. The freshman, starting behind center with Ryan Freed unavailable, went 11-for-15 for 178 yards, hooking up with Payton West on a 12-yard toss 2:09 before the end of the first quarter and on a 10-yarder to Swanger with 4:49 left.

“He’s mature beyond his years,” Brubaker said of Zollers. “We kept it simple. This gives Spring-Ford a glimpse of its future.”

Adiyefeh (18 carries, 92 yards) added an eight-yard run 1:20 before the half to the Rams’ total. Their scoring was capped by forcing Owen J. into a safety in the fourth, the ball kicked beyond the end zone back line on a bad snap during a punt attempt.

“The defense did a great job,” Brubaker noted. “Our offense wasn’t on the field a whole lot, but it (defense) got the ball back for them.”

Evan Strzeminski contributed one solo sack while Gavin Shafer and Donnie Nicoline combined on another.

The stars of Owen J’s defense were Shrum and Ned Burgess with their interceptions. Offensively, Reed scored Roberts’ lone touchdown on a three-yard run off-center 1:50 before the end of the first quarter.