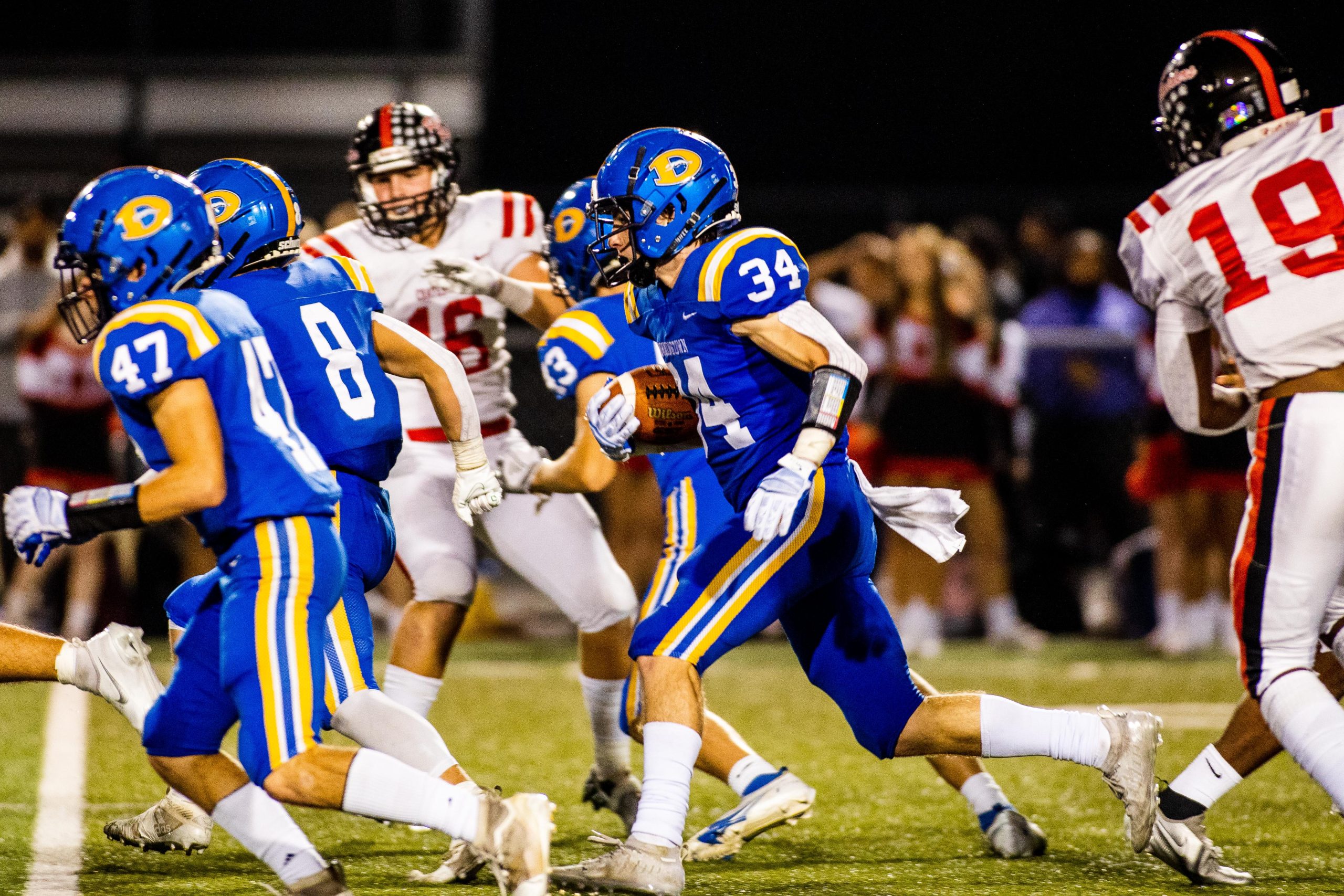 Week Eight is in the books and now there are only two weeks left in the scholastic football regular season. Many area teams are still in the district playoff race and right now, every game matters just a little more. There were many interesting games in week eight but maybe none more than Downingtown West’ 21-14 win over Bishop Shanahan.
The win vaulted Downingtown West from the number 22 position in the 6A race, to number 17, just one spot out of the golden 16 needed to qualify for the district playoffs. The Whippets got two big plays late in the game, one from Elijah Ford and a long touchdown run from quarterback Evan Wickersham. the loss dropped Bishop Shanahan from the top spot in the 4A race, to number two, just behind Upper Moreland.
In the Ches-Mont American division race, Unionville still holds a one game lead over West Chester Rustin and both teams had impressive wins this past Friday. Unionville continued its ground assault as the longhorns rushed for 360 yards in the 35-20 win over West Chester Henderson. Unionville quarterback Matt McCloskey does a great job running the zone read Longhorns offense and gets plenty of help from backs Ethan Bennink and Joe King.
West Chester Rustin stormed over oxford 42-0 in a game the Golden knights used its Wing-T offense to perfection as they ground out 416  yards on the ground against oxford. Dayshawn Jacobs rushed for 155 yards and Chris Yanko added 84 yards in the rout. The Golden Knights defense limited the Hornets to just 124 total yards of offense and the Golden Knights defense is playing as well as any unit right now.
Malvern Prep opened Inter-Academic League play with a convincing 41-21 win over Penn Charter. friars rusting back Isaiah Wright went for 260 yards on 23 carries and the Malvern prep defense allowed the visiting Quakers just seven points. Malvern Prep has a tough test coming up this Friday as the Friars travel to Haverford School.
Coatesville upped its record to 7-1 with a tough34-28 win over an underrated Chester team on the road. Red Raider quarterback threw a 32 yard touchdown pass to Tommy ortega late in the fourth period to hold off the tough Clippers. Coatesville finishes the regular season with home games against Bishop Shanahan and a game that likely will decide the Ches-mont National race and a top three spot in the 6A race, against Downingtown East.
Downingtown East blitzed Avon Grove 42-0 Friday night at Kottmeyer Stadium ass the Cougars bolted out to a 35-0 halftime advantage. Cougars quarterback Jay Jenkins threw for 1118 yards and two touchdowns, both to stellar receiver Mike Giordino. Downingtown East is tied at the number three spot with Coatesville in the 6A race and the Cougars finish the regular season with Downingtown West and the Red Raiders.
There are just three undefeated 6A teams in District 1. North Penn, Garnet Valley and Quakertown all have spotless records and all three will be favored in their last three games. North Penn defeated Central Bucks West 28-14 Friday night and Garnet Valley scored its usual 50 points a game in the Jaguars win. Quakertown got a forfeit win over Hatboro-Horsham.
EOF-