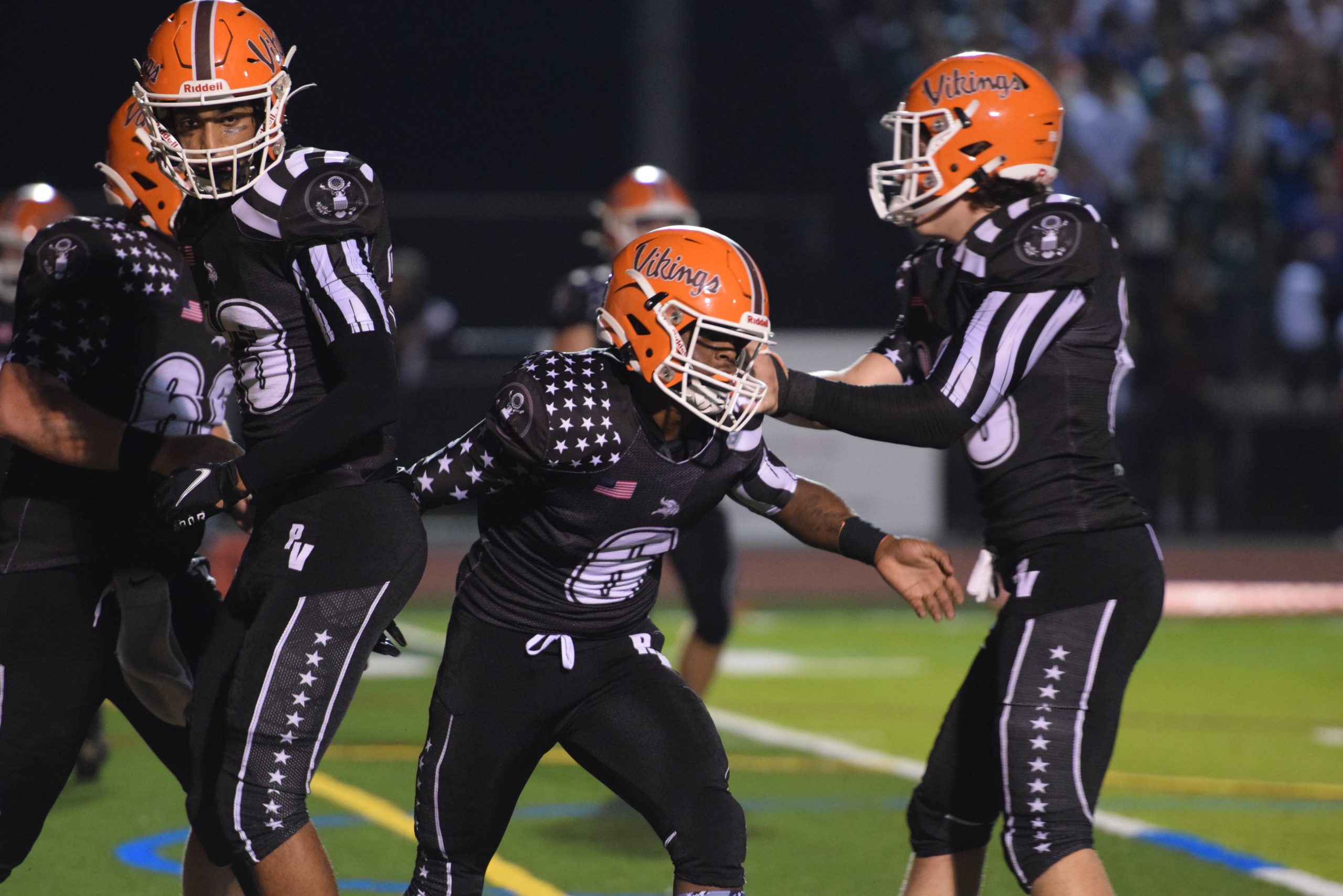 Maybe it’s the warm weather, but as we near the midpoint of October it requires consistent reminders to realize in less than three weeks’ time, we’ll be discussing playoff matchups in local high school football.

How many Mercury-area squads will be a part of that discussion? Let’s take a closer look:

We start with the area’s two 5-2 squads in the Liberty Division, Perkiomen Valley and Owen J. Roberts, who conveniently battled this past week. The Vikings’ 49-7 victory not only places them on the verge of a Liberty Division title but moved the team to No. 9 on the District One Class 6A standings, meaning if PV does as many expect and wins their last three games in the regular season, the Vikings will be hard to deny when it comes to hosting a first-round playoff game.

OJR sits just behind the Vikings at No. 10 and could also find themselves in line for a top-eight seed and a home game if they can close with three victories. Their matchup with Spring-Ford on October 23 rather looms, however, as the Rams (4-3, 2-1 PAC Liberty) can potentially view every contest from here on as a potential playoff elimination game.

Speaking of the Rams, Spring-Ford currently occupies the No. 16 and final playoff spot. Again, continued victories will likely move the Rams forward in the standings — all the better, as the No. 16 seed currently would mean a trip to undefeated Garnet Valley and their heretofore unstoppable offensive attack. However, depending on other results around the District, SF may be facing do-or-die situations from here on after a tough three-game losing streak at the end of September against a pair of District 3 heavyweights and PV.

Boyertown bested Methacton Friday night, and the reward was moving to No. 19 in the District standings as opposed to the Warriors’ No. 20 spot. Both squads likely need to win out and receive some help from other results around the district in the coming weeks.

Norristown won’t be in the 6A playoffs in 2021 but will find themselves in a potential spoiler role as soon as Friday night when they travel to Owen J. Roberts.

Bubble teams are the theme here, as three PAC squads find themselves either just in the field (Upper Merion, at No. 12, and Phoenixville at No. 14) or just barely on the outside looking in (Upper Perkiomen at No. 19.)

Head-to-head will be a likely determinant, as the Phantoms and Vikings do battle this Friday, before Upper Merion travels to Upper Perk on October 22. But this is where PAC Crossover week can be highly beneficial to the Frontier Division teams. Knocking off a larger school means valuable bonus points in the power rankings, and a victory over a Liberty Division counterpart could mean everything for one of these squads — the difference between a home game and traveling, or between a playoff campaign or going home early.

Over in District 3, if the season ended today Daniel Boone (4-3) would find themselves 12th in a 14-team 5A field. Of course, the season doesn’t end today, and the Blazers still have to encounter two teams on opposite ends of the spectrum — winless Reading and Pennsylvania’s top 5A team, powerful Governor Mifflin. This one may come down to a neighborhood brawl with Exeter in the season’s final week.

It’s a small division, but a loaded one. Pope John Paul II’s 5-2 record would see them contending to host a playoff game in the bigger divisions, but in 4A they find themselves sixth in a four-team field. The Golden Panthers have ample opportunities to make up the needed ground, however, not only during Crossover week but against 5-1 Pottsgrove, the No. 3 seed in 4A, whom they host in two weeks. In fact, a Golden Panthers victory could potentially set the stage for a rematch between the two local squads two weeks later in the playoff opener.

Pottstown finds itself on the outside looking in at a mark of 0-7.

Around the Area >> Let’s be frank – it wasn’t a very competitive week in the PAC, with a half-dozen games decided by an average of 38 points. Rather than recap each one-sided performance, we take a look at an outstanding performer from each contest:

Phoenixville ATH Trey Davis: The Phantoms don’t try to narrow the multi-faceted senior into one role on the roster or otherwise, and Davis made it evident as to why with Friday night’s performance. After taking his only offensive touch of the evening 50 yards to the house, Davis added scores on an 84-yard punt return and a 52-yard interception return in Phoenixville’s 48-9 win over Upper Perkiomen. Running back Owen Koch put up a hat trick of his own, making the most of 13 carries with 83 yards and three scores.

Boyertown’s offensive line: The Methacton Warriors have established a reputation as a rather ornery defense the past few years, but it did them little good on Friday night, as Boyertown busted loose for nearly eight yards per carry in a surprisingly easy 42-11 win. Senior Leo Egbe led the attack with 155 yards on the ground and a pair of scores, with Anthony Panarello adding 87 more yards and a score. Roman Marinello picked up the Bears’ other two rushing TDs, and for their part Boyertown’s defense limited Methacton to just 41 yards on the ground.

Pottsgrove’s defense/special teams: It’s not just the two touchdowns the Falcons put up via a punt return and fumble recovery – and it’s not just the fact the Falcons registered their third shutout in six outings in 2021. It’s also the fact they limited Pottstown to only 46 yards in a 48-minute game and continued to allow their opportunistic offense to thrive by setting them up with short fields throughout the evening.

Spring-Ford FS Cole Turner: Turner tied a school record with four interceptions in the Rams’ shutout win at Norristown, as the Eagles learned the hard way not to challenge the opportunistic senior. The final pick, returned 32 yards for SF’s final touchdown of the evening, tied a record set back in 1973 by Jay Feairheller.

Pope John Paul II QB DJ Clarke: The Golden Panthers appear poised for a regular-season ending, Frontier Division-deciding showdown with Pottsgrove next week after a 39-6 dismissal of Upper Merion. Clarke misfired on only four of his 21 passes on the day, racking up three touchdowns through the air to a trio of different receivers.

Perkiomen Valley pass catchers: QB Ethan Kohler stands as the constant in this offense, but his rotating supporting cast made it so that a half-dozen players accounted for the Vikings’ seven touchdowns in their 49-7 win over Owen J. Roberts. It was Rasheem Grayson, with a pair of short TD runs, who would find pay dirt twice. Otherwise, Dawson Debebe, Ryan Klimek, Owen Peterlin, and Michael Poruban brought in scoring catches from Kohler, who carried one over the goal line himself for good measure.