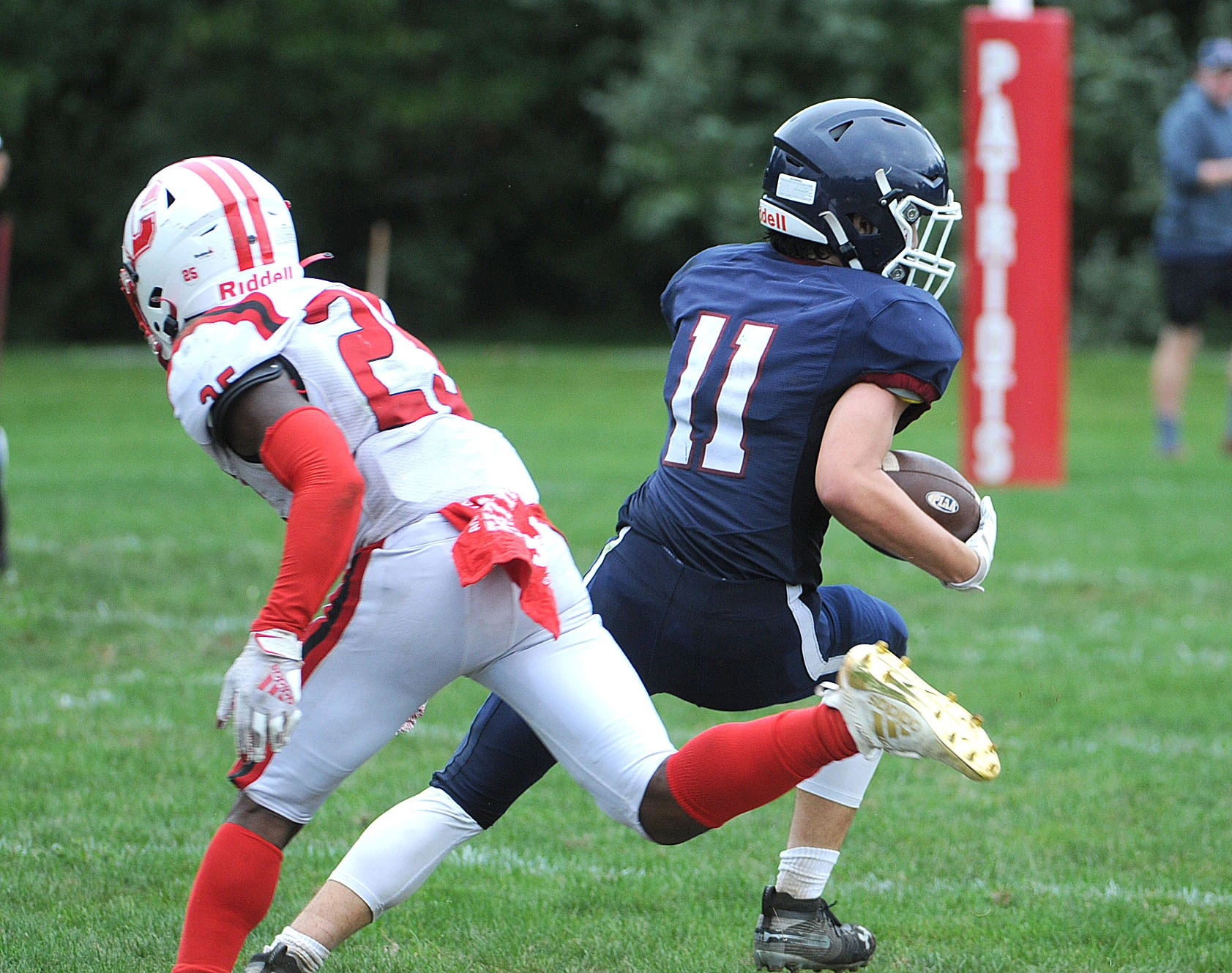 For the second week in a row, Cardinal O’Hara’s defense was in complete control.

DiDio’s pick-six in the fourth quarter sealed the win. DiDio also had a touchdown catch in the first half. Freshman Anthony Battle added a three-yard rushing touchdown.

O’Hara will travel to South Philadelphia Supersite to take on West Catholic next Saturday.

In other football games Saturday:

Archbishop Ryan 33, Archbishop Carroll 6 >> The struggling Patriots (0-5) had pulled within a point of the Raiders (2-3) in the first half, but the host team reeled off 26 unanswered points en route to the blowout win.

Bishop Shanahan 49, Penn Wood 8 >> It was another disappointing day for the Patriots (0-4), who’ve been held to eight points or fewer in every game this season.

Gates opens the way as Chester runs past Oxford
Mercury Week 5 Football Review: Methacton hopes to keep piling up wins any way it can