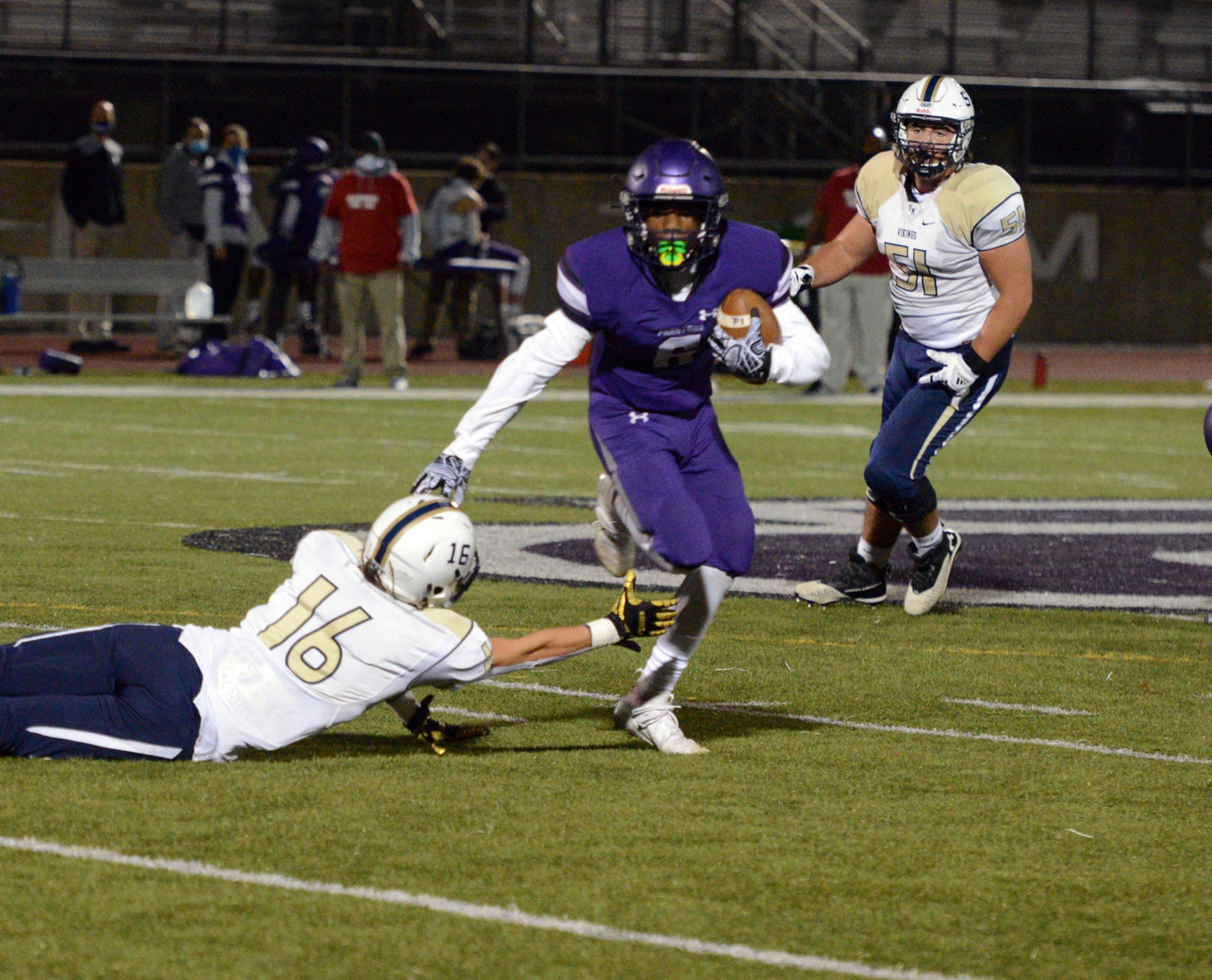 Owen Koch put together a dominant night on the ground with 248 yards and a pair of touchdowns. Romance tossed for 177 yards and found three different scoring targets in Spivey, Sam Moore and Hayden Tenbroeck.

The Phantoms trailed 20-7 at halftime before Koch and Cam Moore scored touchdowns in the third to give Phoenixville a 21-20 advantage heading to the fourth. The two teams exchanged the lead four time over the final 15 minutes.

Koch’s short run and a two-point conversion gave the Phantoms a 29-26 lead with six minutes left. Octorara scored with 1:51 remaining to go back up, 33-29, but two plays later Romance connected with Spivey for the game-winner.

Josh Little ran for three touchdowns, including a 50-yard with 9:24 left in the game that capped to 27 unanswered points for PJP to tie the game 34-34.

After Berks Catholic retook the lead, Little added another TD run with 5:53 to go in the game to pull the Golden Panthers within one, 41-40. That was as close as it would get as Berks Catholic scored a long touchdown pass on its next possession before forcing a PJP punt and running out the clock.

Owen J. Roberts 39, Reading 6 >> After falling behind 6-3 in the first quarter, the Wildcats (3-1) reeled off 36 consecutive points to finish off Friday’s non-league win.

Michael Reed scored twice on quarterback sneaks, Hunter Rhoads ran in a touchdown and Avrey Grimm broke off a 60-yard touchdown run before Raymond Bolger finish off the game’s scoring.

Carson Johnson added a field goal and the OJR defense chipped in a safety to the winning effort.

Schuylkill Valley 42, Upper Perkiomen 14 >> The Indians (1-3) ended their non-league slate with a loss to the Cougars.