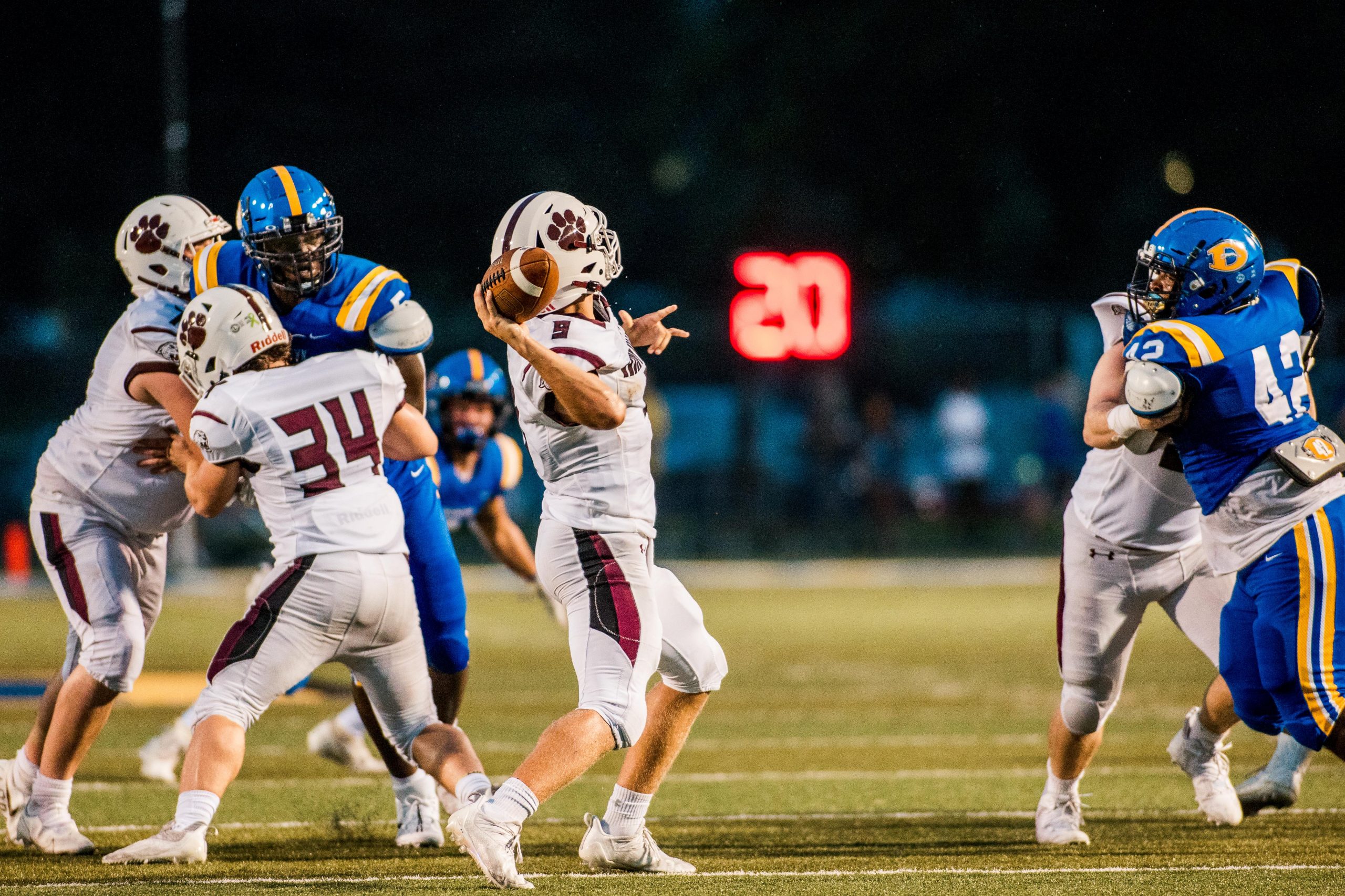 Jason Bernard and Ryan Saunders scored three times each, and Max Busenkell tossed two TD passes, all in the first half, as the Jaguars rolled over Upper Darby, 61-12, at Moe DeFrank Stadium.

Garnet Valley (4-0 overall, 3-0 Central League) has scored 199 points, an average of 49.75 per game heading into next week’s showdown with undefeated Strath Haven.

Bernard scored on runs of 24 and 10 yards in the first quarter and added a seven-yard TD burst in the second period to help Garnet Valley to a 49-12 lead at halftime. Saunders added touchdown runs of three and one yard, and hauled in a 26-yard scoring toss from Busenkell.

Busenkell was 7-for-7 for 211 yards in the first half. He did not play in the second half. He also threw a 28-yard touchdown pass to Joe Halloran and a two-point conversion pass to Andrew Jackalous. Jack Westburg (29-yard TD run) and Joe Checcio (four-yard run) closed out the scoring in the second half.

Matt Shuler scored on both sides of the ball. He returned an interception 49 yards for a touchdown and then ripped off a 60-yard run to give the Panthers a 21-0 lead.

Marple Newtown 21, Penncrest 9 >> The Tigers opened up a 14-3 halftime lead and never looked back. No other details were reported.