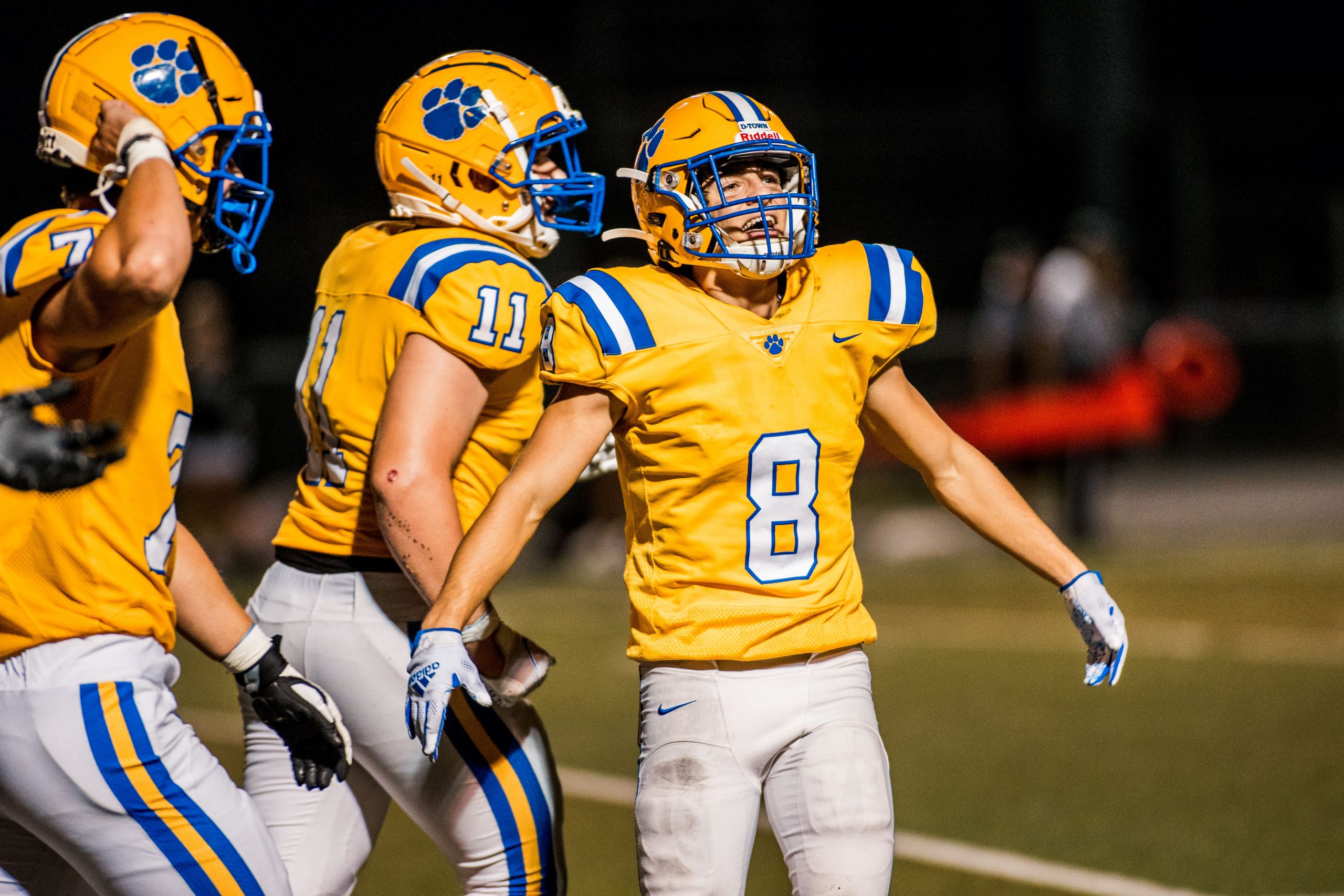 Week three of the area football seasons in the books and the week featured many sterling individual and team performances. quarterbacks, to no one’s surprise, took center stage, on win a winning effort and one in a losing effort.
The winning effort goes to Downingtown East junior signal caller Jamy Jenkins. Jenkins led Downingtown East to another impressive win, this one over Delaware Valley, 39-14. The savvy junior threw for 317 yards and three touchdowns. The performance broke a streak of 47 games where a Cougar quarterback had thrown for under 200 yards. The last Downingtown East quarterback to throw for over 200 yards dates back to October of 2016 when Bryce Lauletta threw for 347 yards.
If Downingtown East keeps getting this kind of production in the passing game they are going to be a handful for any team they play. with the typical solid Downingtown East running gam,e in place with Bo Horvath and Josh Asante, a passing game like the one against Delaware Valley, makes the Cougars very dangerous.
And the Cougars will need Jenkins to continue to be very good as the schedule does not get any easier with Bishop Shanahan, Unionville, West Chester Rustin and a road test against Academy Park coming up.
Coatesville dropped a wild 44-39 decision to William Penn York Friday night but it wa son fault of junior quarterback Harrison Susi. the Red Raider junior was sensational, rushing for 250 yards and a wild five touchdowns in the losing effort. This is the second straight week the Red Raiders have given up points in bunches and the defense has to tighten up for Coatesville to be a serious factor in the District 1 6A bracket.
Maybe the most impressive team in the Ches-Mont league besides Downingtown East, so far this season has been the Unionville Longhorns. The Longhorns are sitting at 3-0, including a week two 21-7 win over West Chester Rustin. The stingy Unionville defense has allowed just 28 points in three games and the Longhorns are getting it done with a lot of underclassmen.
Kennett is 3-0 and Blue Demons head coach Lance Frazier has the program humming along as the Blue Demons took a 26-13 decision over Oxford Friday night. Running back David Lillis rushed for 125 yard son just 12 carries. The Blue Demons strength is their running game as they have run the clock and controlled the football in their three wins. A big Ches-Mont American Division test comes this Friday when west Chester Rustin, fresh off a 42-14 win over West Chester Henderson, visits the Blue Demons.
This Saturday at Franklin Field will feature a heavyweight battle between Malvern prep, who demolished West Catholic 46-0 last Friday and big, bad Archbishop Wood, who is 3-0 and coming off a 59-0 rout of Cheltenham. Malvern Prep defeated the Vikings last season but Wood has benefited from a few transfers from now closed Bishop McDevitt High School that has enhanced its roster with even more elite talent.
Big game in the Ches-Mont National Division coming up this Friday as unbeaten Bishop Shanahan will travel to play 3-0 Downingtown East. Is this the season the Eagles knock off one or more of the Big Three of Downingtown East, Downingtown West and Coatesville?
Chescor Super Seven
1.Malvern Prep. 2. Downingtown East. 3. Coatesville. 4. Unionville. 5. WC Rustin. 6. Downingtown West. 7. Bishop Shanahan.
EOF-