Mercury Football Roundup (Sept. 10): Methacton comes from behind to knock off Wissahickon 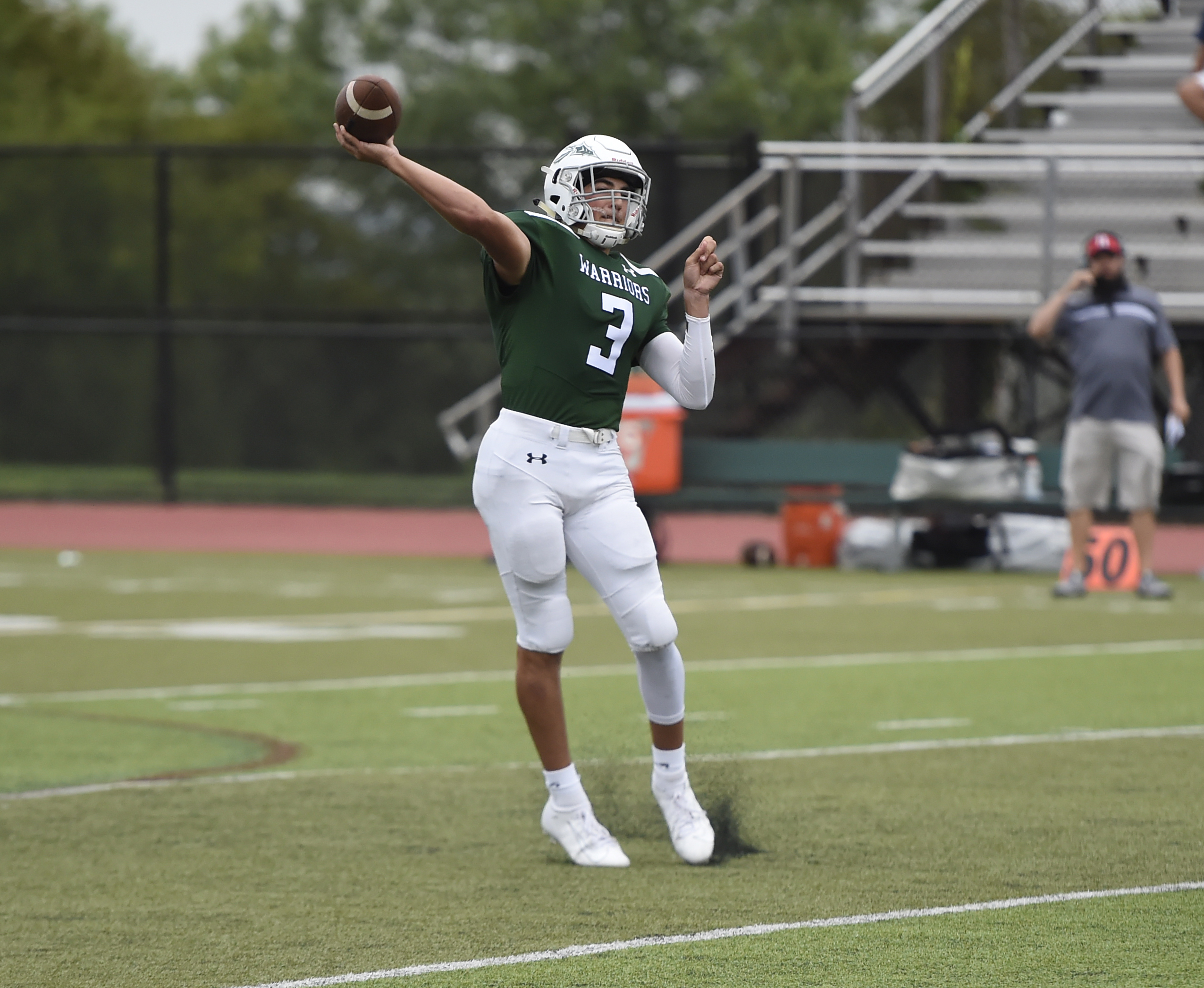 Methacton 35, Wissahickon 27 >> Dan Brandi used his arm and his legs to help the Warriors to a come-from-behind victory over the Trojans on Friday night.

Brandi tossed for 122 yards and a pair of scores, including a 28-yarder to Brian Dickey with five minutes to play in the third quarter that proved to be the game winning score. He also added 14 attempts for 73 yards and a 20-yard touchdown on the ground.

Joey Koavacic’s TD run gave Upper Merion an early 7-0 lead. Nolan Clayton tossed a touchdown to Nick Gerace and Cyrus Palladino booted a 25-yard field goal to put the Vikings up 17-0 at half.

Zayd Etheridge added a touchdown to finish off UM’s scoring.

Cumberland Valley 23, Spring-Ford 19 >> CV’s Griffin Huffman scooped up a botched field goal attempt and ran to the end zone as time expired to deliver the Eagles their first win of the season and hand the Rams their first loss.

After seeing their 10-3 halftime lead turn into a 17-16 deficit, Sam Herman’s 35-yard field goal with 2:38 to play put Spring-Ford ahead, 19-17. But the Eagles drove all the way down to the two-yard line, eventually getting the game winning score on the scoop and score.

Along with two Herman field goals, Gage Swanger had a 96-yard kickoff return touchdown and a 65-yard touchdown catch from quarterback Ryan Freed to make up the Rams’ scoring.

Upper Moreland 21, Phoenixville 19 >> Ty Romance tossed a 10-yard touchdown pass to Owen Koch with 31 seconds left to pull the Phantoms within two. However, Koch was stopped on the ensuing two-point conversion attempt to keep Phoenixville from forcing overtime.

Romance completed 17-of-26 passes for 280 yard and three touchdowns in the loss. Koch ran 17 times for 73 yards and added four catches for 38 yards and a score. Hayden Tenbroeck chipped in six catches for 140 yards.

Due to COVID-protocols, the Trojans had just 25 players dressed for Friday’s game.