All phases firing for Owen J. Roberts in 24-7 win over Avon Grove 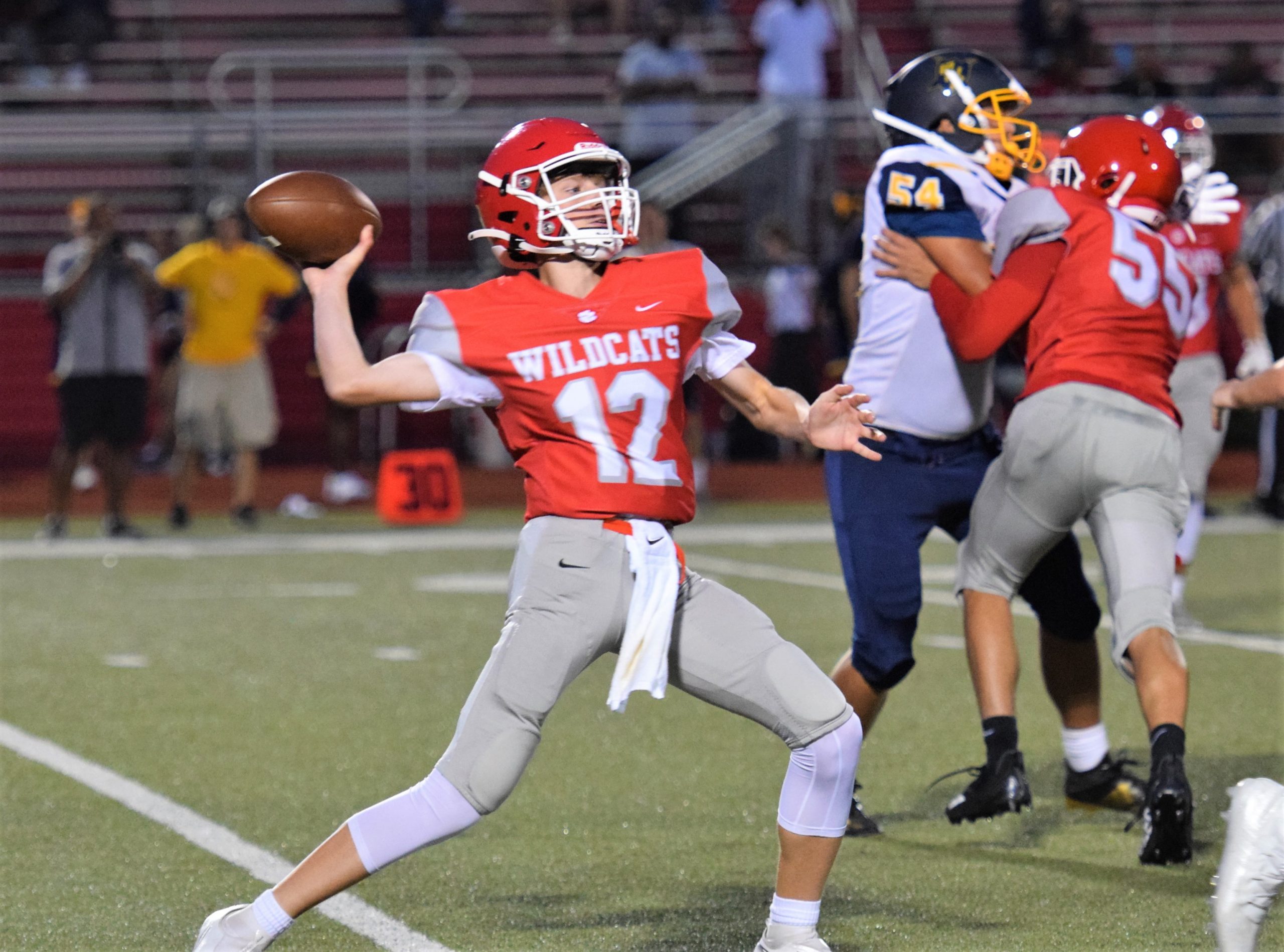 BUCKTOWN >> The Owen J. Roberts offense put on a classic display of the running game setting up the passing game Friday night in a 24-7 non-league win over Avon Grove at Wildcat Stadium.

Quarterback Mike Reed took advantage of the Red Devils’ attention to running back Avrey Grimm to pass for 206 yards and three touchdowns, two of them to Dan Cashman and the other to Hunter Rhoads. Grimm ran for 157 yards and the Wildcats (2-1) blanked the Devils (1-2) until the final second of the contest.

“He made a lot of good throws,” OJR coach Rich Kolka said concerning his junior quarterback. “He made a lot of checks at the line of scrimmage. He got rid of the ball quickly and made good primary and secondary reads.”

“The guys up front were awesome,” said Reed, who completed 17 of 22 attempts. “I had a lot of time to pass and everyone was open and caught the ball.”

Grimm ran for seven, eight, and seven yards on the first three plays of the night for the Wildcats and carried the ball 29 times in all.

“He works hard every practice, every day,” said Reed. “He comes out and runs hard and sets the passing game up really well.”

OJR opened the scoring on a 48-yard drive in the first quarter that resulted in a 22-yard field goal by Carson Johnson with 49 seconds remaining. Then they drove 40 yards on six plays midway through the second quarter after an Avon Grove fumble, with Reed hitting Cashman with a 15-yard TD pass. Cashman finished with seven catches for 94 yards.

“It’s very easy. You can just throw it up and he makes the play,” said Reed. “He’s a great route runner.”

The Wildcats drove 80 yards on five plays in the third quarter, the last a 43-yard TD strike from Reed to Rhoads. Then Cashman caught a pass in the end zone from 19 yards out with 8:19 remaining in the contest for a 24-0 advantage.

Roberts controlled the ball throughout the night with 57 plays from scrimmage compared to 41 for Avon Grove.

“That’s the plan, for sure,” said Kolka. “(Grimm) is a great runner. I’m really proud of the way he handled himself this week.”

“We did pretty well bottling him up in the second half,” said Avon Grove coach Joe Coffey. “They did a very good job beating us with other people. We did not get off the field when we needed to. (Reed) was very efficient. He did exactly what was asked of him, for sure.”

Thaddeus Binstead came off the bench for the last series of the night for the Red Devils and ran 55 yards on four carries, including a 28-yard scoring run that put the visitors on the board with 2/10’s of a second to go.

“We stayed together,” said Coffey. “That’s a positive. Defensively, we played tough. We just didn’t make plays when we needed to.”

Aston Shrum helped to keep the Wildcat offense moving with seven catches for 57 yards and the hosts wound up with 359 yards in total offense. Avon Grove quarterback Connor Walsh – who threw three touchdown passes in a win last week – went 9-for-16 for 92 yards, with four completions to Cooper McDannald for 64 yards. Overall, the Devils gained 192 yards.