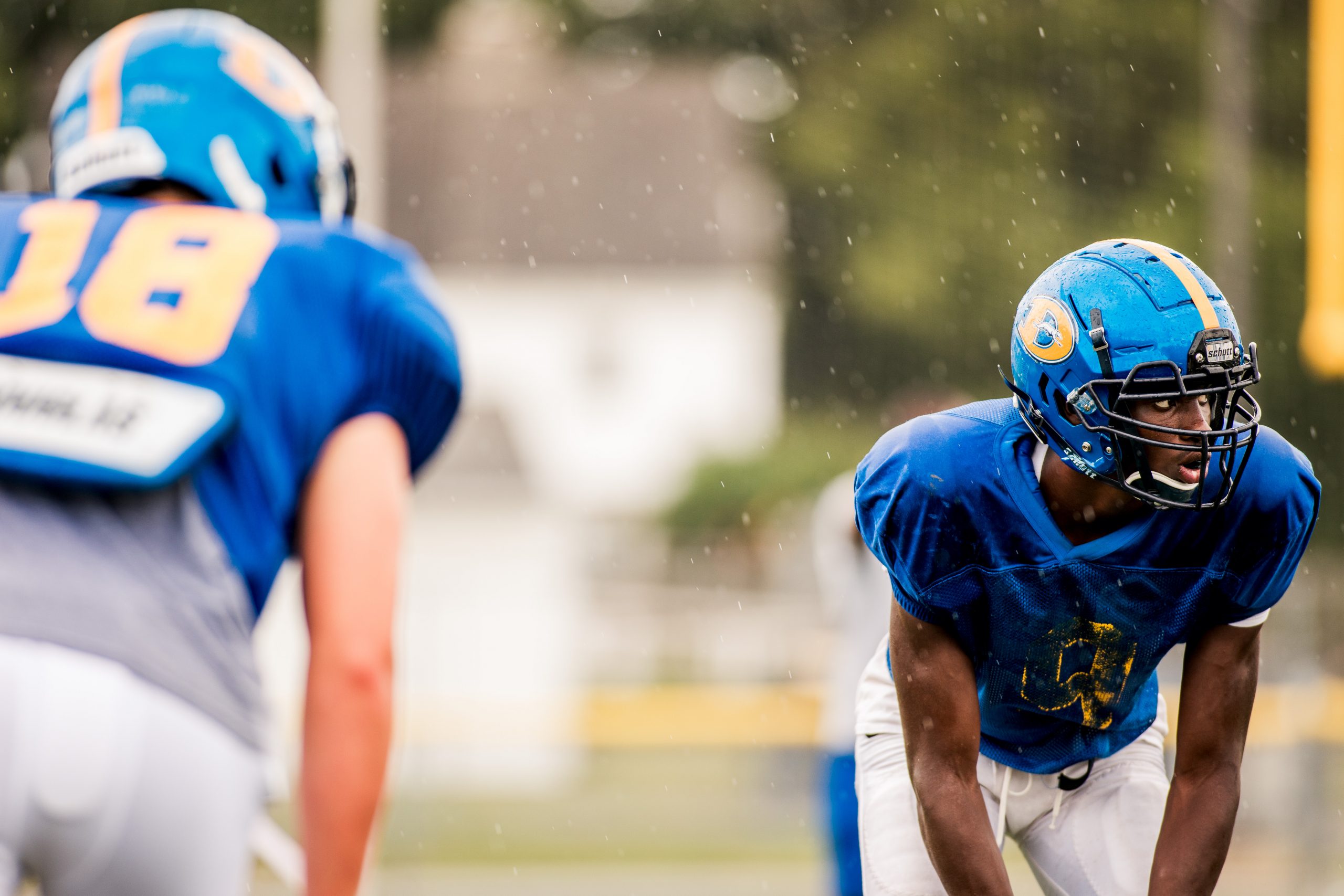 DOWNINGTOWN — Win or lose, there’s always a ton of football for Bill Brosko and younger brother Matt to discuss on their drive home to Marple.

Matt, who plays running back, was certain of one thing after The Haverford School came up a few plays short in a 13-7 loss Friday night to Downingtown West at Walter E. Kottmeyer Stadium.

“I don’t think he’s going to be too happy,” Brosko said of Bill. “We’ll be talking about it all night, all week, all season.”

All the Fords will have a rough time getting over this setback, one in which they burst out of the locker room with Bill Brosko waving the symbolic sledgehammer. Ultimately, they were beaten by a Ford: Downingtown West’s Elijah Ford

The smooth receiver, opened the scoring with a 31-yard scoring reception from Evan Wickhersham with 7:45 left in the third quarter. It was one of the few times Ford got away from Haverford cornerback Ryan Getz, who made a touchdown-saving tackle late in the first half, enabling the defense to force a fumble picked up by Sean Dougherty. Getz pulled down Jake Kucera at the 15-yard line of Haverford after a 31-yard catch.

After Fords wide receiver Derrick Knox rolled 28 yards for the game-tying touchdown on a reverse with 5:27 to go in the third quarter, the defense forced a punt and the final frame began with a bang.

Haverford quarterback Michael Galasso found Knox open and just when it looked like the Fords would take the lead, Ford came out of nowhere to put him on the ground at the five-yard line. The play went for 70 yards.

“He gets beat with a double move and then makes it a track meet and changes the game,” Whippets head coach Mike Milano said. “A lot of kids would hang their heads when they got beat. He found a gear and made up for it. Elijah Ford is a hell of a player. Plays two ways, never comes off.”

The piece de resistance came four snaps after the big tackle when Ford burst through the line to block a 25-yard field goal attempt by Ivan Halamov that would have given Haverford a 10-7 lead.

Ford also set up the triumphant touchdown with a 35-yard grab on a razzle-dazzle throw from Wickersham. Ryan Waters ran seven yards for the winner with 4:11 left.

Ford kidded that his encore would be to “Just go home and enjoy it.”

“This is a very big win,” Ford said. “It will get us going. It shows we can fight, we’re physical and we’re ready to go.”

Though the Whippets came into the contest under their belts, a rout at the hands of Garnet Valley, they were limited at practice due this week due to heavy rains and flooding.

“Downingtown Borough was just destroyed,” Milano said. “So we practiced missing a bunch of kids because they couldn’t get in or were helping neighbors and helping parents. Those guys fought through all of that and they came out here with a ton of heart. That was a great football game against a pretty good football team.”

Haverford School, which rolled with Galasso and Michael Benincasa splitting QB snaps in its opener, cranked up one more comeback. Galasso, who started and finished the game, got the Fords to the Whippets’ 28 late. But with 23.4 ticks left, he was sacked by a group of Whippets.

The Fords hurt themselves with turnovers, Jahmon Silver putting the ball on the ground twice, including once in the red zone. That took the glitz off an electric 32-yard run.

“The defense played out of its mind,” Fords coach Brian Martin said. “We just hurt ourselves here and there on the offensive side. We’re young and we’re going to get those growing pains. We can learn from those mistakes. It is tough to lose but the way I’m looking at it is it is really our first competition of the year. We didn’t have a scrimmage. We started a week later than everybody else and honestly, we were just looking for an identity. And I think we’re coming around and have a lot to build on.”

The Broskos are part of that. Critical as nose tackle Bill Brosko can be, you won’t see him resting on the bench when Matt is on the field.

“It’s awesome,” Bill Brosko said. “When Matt is running, I’ve got ants in my pants. I want to see what he’s going to do. Oh, it’s awesome. He had some really good runs. I love watching him run. I know my pop and my dad really liked it. It was a hard-fought game. We came out popping and ready to hit. That team was really good. We came out and gave them a good punch throughout the whole game but there’s some little things we need to fix to be back next week, and better.”