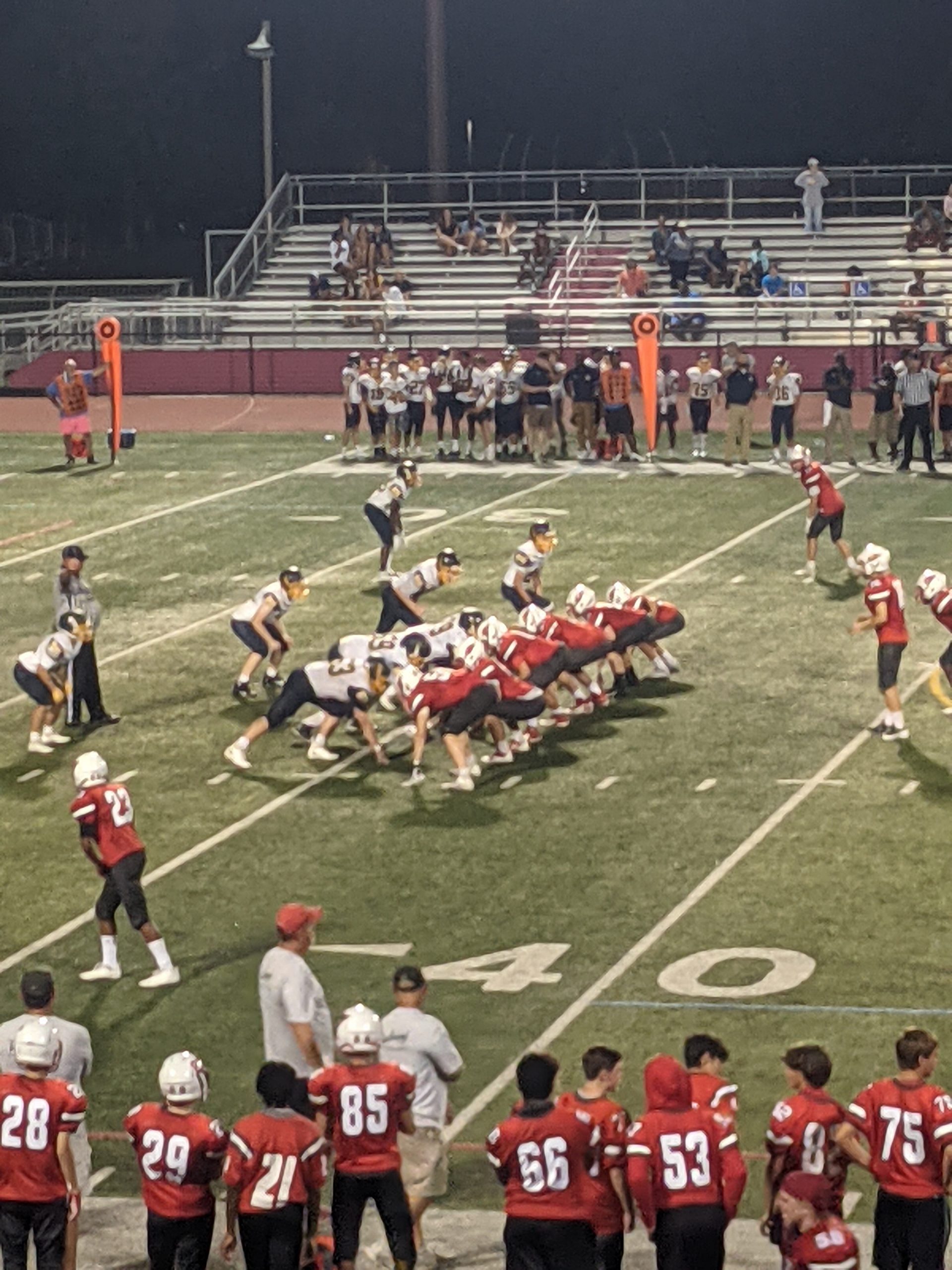 UPPER DUBLIN >> The last time Upper Dublin was in action prior to their 2021 opener against Wissahickon, the night ended in celebration.

More than nine months later, the reigning District 1-5A champs look like a threat to run it back, as the Cardinals coasted to a 43-0 win against their rivals from the other side of Bethlehem Pike.

The game began with a myriad of penalties on both sides. Call it early season rust. However, once Upper Dublin found its footing, its balanced offensive attack reminded those in attendance the caliber of team they were taking in.

“Last year, (O’Sullivan) came in as a transfer, didn’t have any preseason, didn’t have any camp, so by the time we ended the season he was just starting to hit his stride,” Upper Dublin coach Bret Stover said. “Now he knows the offense inside out and backwards. He can put everybody where they need to go. He can make the checks. And we give him the ability to do it. He’s a son of a coach, so that helps too. He grew up in our youth football system. He wants to get better every week. He’s not satisfied. Ever. Almost to a point it’s a little annoying.”

Stover’s squad did not let up and, as it turns up, being relentless was a point of focus in their game planning for Wissahickon. Mission accomplished.

“Last year we let (Wissahickon) hang around,” Stover said. “To their credit, they battled and made it a real tight game (last season). They recovered an onside kick at the end. We didn’t want to deal with that tonight.”

“We have a stable of guys, which is nice,” Stover said. “Last year, we couldn’t run the ball. So, we had to rely on (O’Sullivan) and everybody knew it. Now we have a two-headed or three-headed monster in the backfield.”

While a win against Wissahickon in past years would not appear all that impressive on paper, the Trojans are considered to be a team on the rise. They, by all accounts, have made strides in coaching, recruiting and development. They went 3-3 in the abbreviated 2020 season and head coach Bruce Fleming remains confident about the program’s direction.

Upper Dublin, after all, is no easy task.

As successful as Upper Dublin’s offensive attack was, they may have been even more impressive on the defensive side of the ball. They were able to pressure Wissahickon senior quarter Aidan Defeo, often making him look uncomfortable. They also limited junior running back Kyle Lehman, who is probably Wissahickon’s most dynamic offensive weapon, to 36 yards on the ground.

“If you let (Defeo) set his feet, he will chew you up,” Stover said. “So, our goal was to get to his feet. We wanted to get there and make him look down.”

“They did some things a little bit differently that I wasn’t expecting defensively,” Fleming said. “Yes, it stinks. Yes, it hurts. But, it’s always a learning opportunity to get better.”