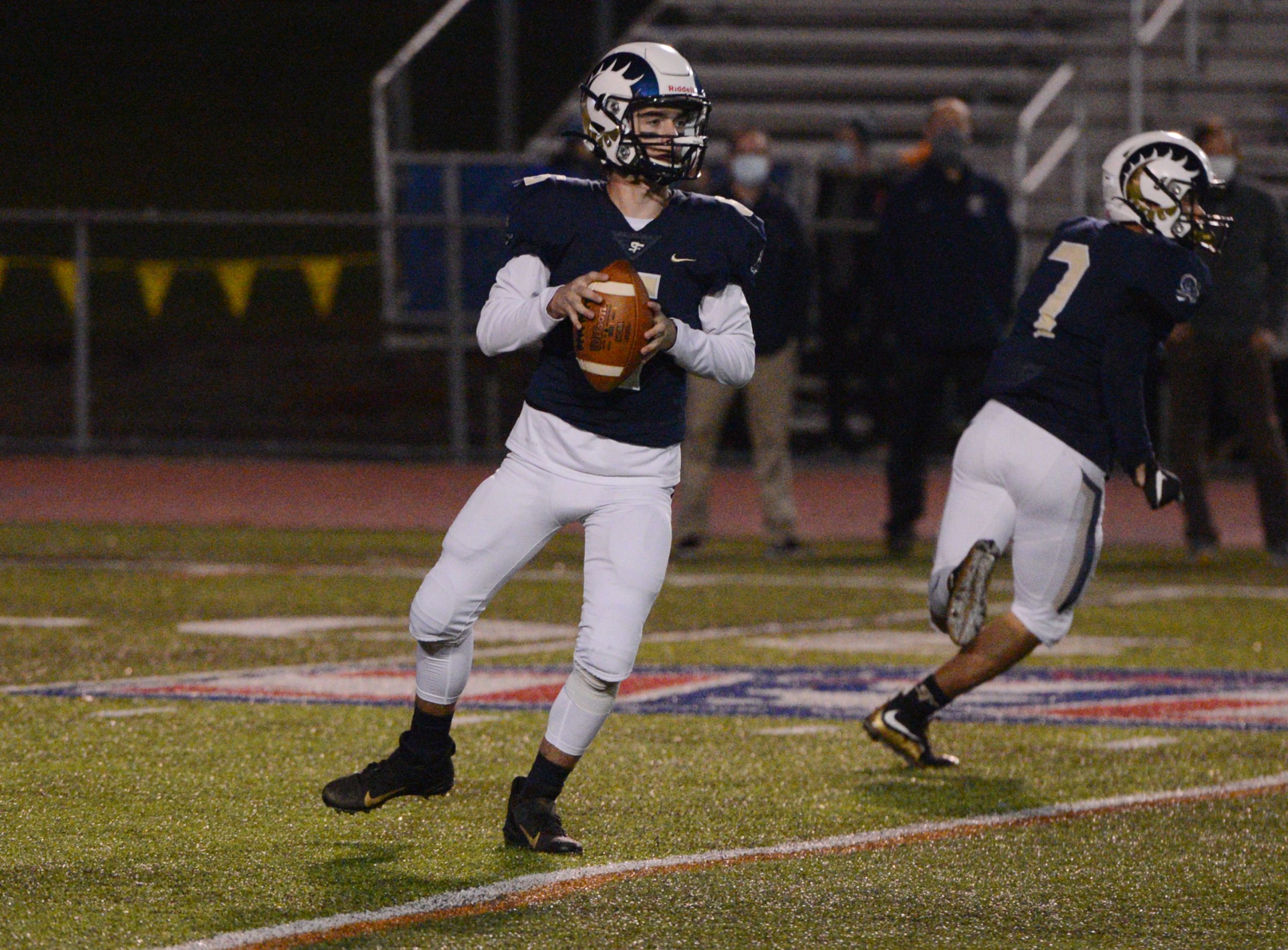 Spring-Ford’s 2021 season got out to a storming start on Friday night as the Rams took down West Chester East, 44-0.

After tallying three points in the first quarter, Spring-Ford scored a pair of touchdowns in each of the second, third and fourth quarters.

On the ground, senior running back Harry Adieyefeh Jr. complemented the aerial attack with 20 carries for 124 yards and a pair of touchdowns. Sophomore Chris Brittingham added a touchdown run. Junior Sam Herman booted five extra points and a 35-yard field goal to round out the Rams’ scoring.

Spring-Ford’s defense pitched shutouts in three of its six regular-season games in 2020 and started out in similar fashion Friday night by holding the Vikings to a goose egg.

Zheng chipped in a 64-yard touchdown run and 80-yard kickoff return touchdown to give Lower Merion a 42-19 lead at halftime.

Gabe Hicks tossed a 72-yard touchdown pass to Dillon Mayes for Pottstown’s biggest play of the game. Hicks added another short touchdown run, set up by a 40-yard run by Mayes on a trick play.

Hicks totaled three touchdowns in the game, also tossing a 12-yard touchdown to Nyles Bunn-McNeil on fourth down, which Bunn-McNeil hauled in with one hand over a defender.

Freshman Chris Thomas rounded out the Trojans’ scoring with a 40-yard touchdown run in the second half.