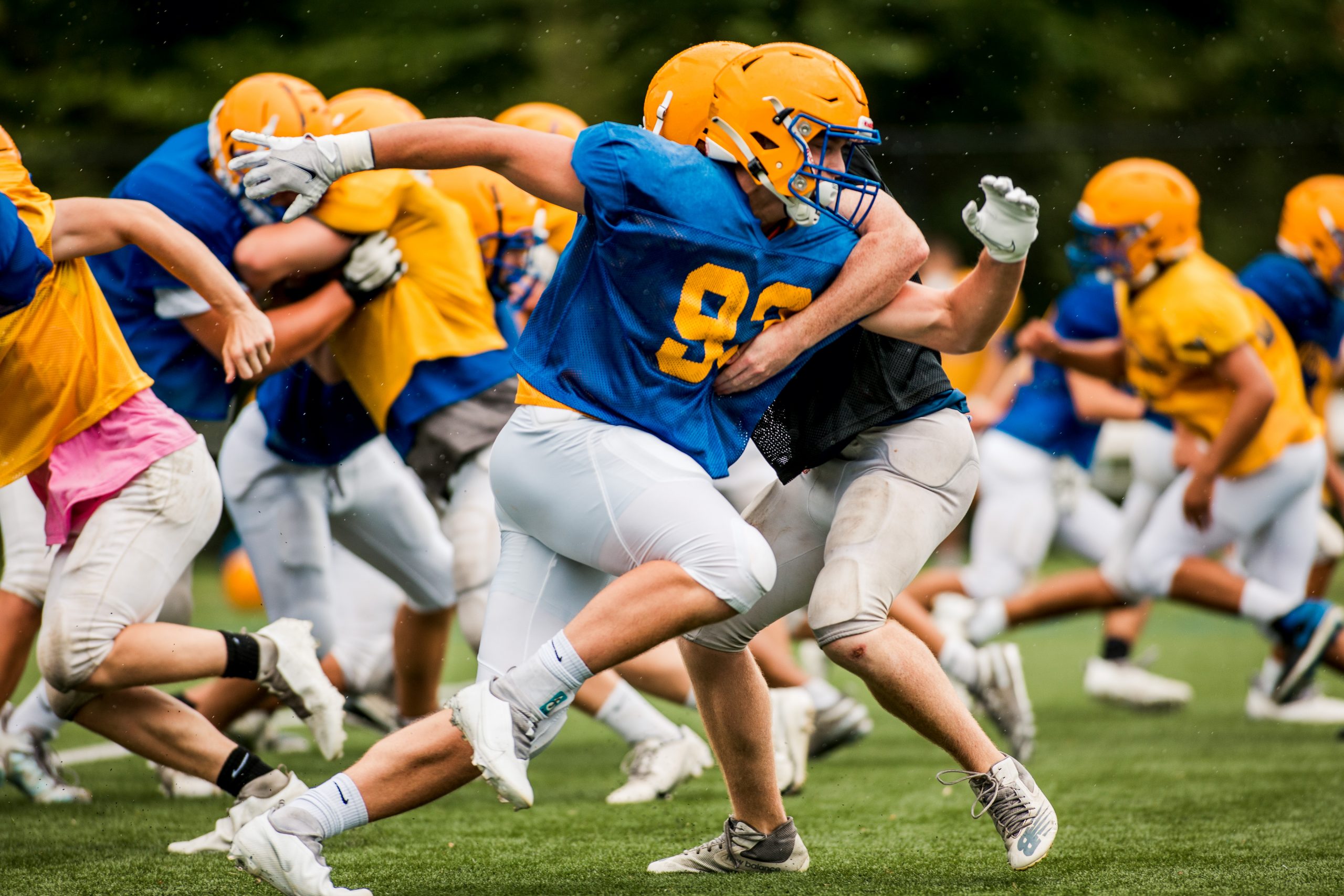 UWCHLAN >> Since its inception in 2002 the Downingtown East High School football program under head coach Mike Matta has been one of the premier programs on the District 1 landscape.
The Cougars have prided themselves on playing tough, hard-nosed football on both sides of the line, being able to run the football while stopping the opposition from doing it. They are also known as a team that will play all comers — no matter the talent level, anyplace at anytime.
And coming off a very uncharacteristic 2020 season where East finished with a 2-3 record, the Cougars are primed for some payback this season, but will have to go through one of the toughest schedules in the district to dole it out.

Jose Datil is the undersized, hard-nosed leader of the Cougars’ defense at middle linebacker. (Nate Heckenberger – For MediaNews Group)

Besides playing Ches-Mont League National Division foes, Coatesville, Downingtown West and Bishop Shanahan, the Cougars’ two mandated crossover games are West Chester Rustin and Unionville, annually two of the District 1 5A squads. Throw in District 1 6A finalist Pennridge, State College and District 2 power, Delaware Valley. And then there is DelVal League favorite Academy Park, and the bar is set incredibly high for the 2021 Cougars.
“I mean you always wonder if you have bit off more than you can chew,” head coach Mike Matta said. ”But we are also in a position where nobody wants to play us because of our success and we have to play anybody that is willing to play us. Plus, we like to play a tough schedule. The kids remember those big game so I think it is good. And last year was really different.
“We played La Salle to open up the season, and they had the best defense we have seen since we started playing. And then we lose to Coatesville by six points and against West Chester Rustin, we did not play well and we did not coach well. We did not have the kids in good spots for that Rustin game, so we look for things to be different this season.
“But we have a lot of talent and tough kids this season. we have a returning quarterback, running back and two wide receivers that we like. And the defense has a number of guys back,so we feel good about that side of the ball. The schedule is quite a challenge, but we are optimistic coming into the season.”

The offense will be led by junior quarterback Jay Jenkins, who has a very strong left arm and will also be counted on to run the football. running back will be manned by Josh Asante and tough as nails Bo Horvath.
“Josh is a special back and is one of our captains this season,” Matta said. “He would have been a 1,000-yard rusher his sophomore season if he did not hurt his ankle. He is getting Division 3 looks from some of the most elite programs in the country. He is a slasher and a great kid. And Bo is a three-sport athlete that is all heart. So we feel real good about our ability to run the football and our quarterback is really coming along and we will run him some also.”
Wide receiver Mike Giardino had a breakout season last year as a junior, showing great hands while bursting onto the Ches-Mont League scene. Matta is very big on him and also feels receiver CJ Leo will make an impact on the offense this season.

“Mike Giardino had a great season last year,” Matta said. “And we are looking forward to seeing what CJ Leo can do. He is also very talented, so if our young offensive line comes along, we should be okay on offense. We really like Ryan Shannon on our offensive line. We have a lot of size up front, they just need to get some experience. And our D-line will be led by George Bousum, who also is our tight end. He is big, strong and physical and we are looking for big things from him this season.”
Besides the arduous nonleaguez schedule, Matta looks at the Ches-Mont National Division race as a very tough one as usual.

“Coatesville will be very good agin,” Matta said. “Their defense was young last year and they did a real good job. I really like their D-line and they have a couple of good linebackers. Downingtown West has a lot of three-year starters now and they have size and good skill people and Bishop Shanahan has a strong team. So as usual, the Ches-Mont National will be very tough, but we feel good about us. We will fine out early about our team.”