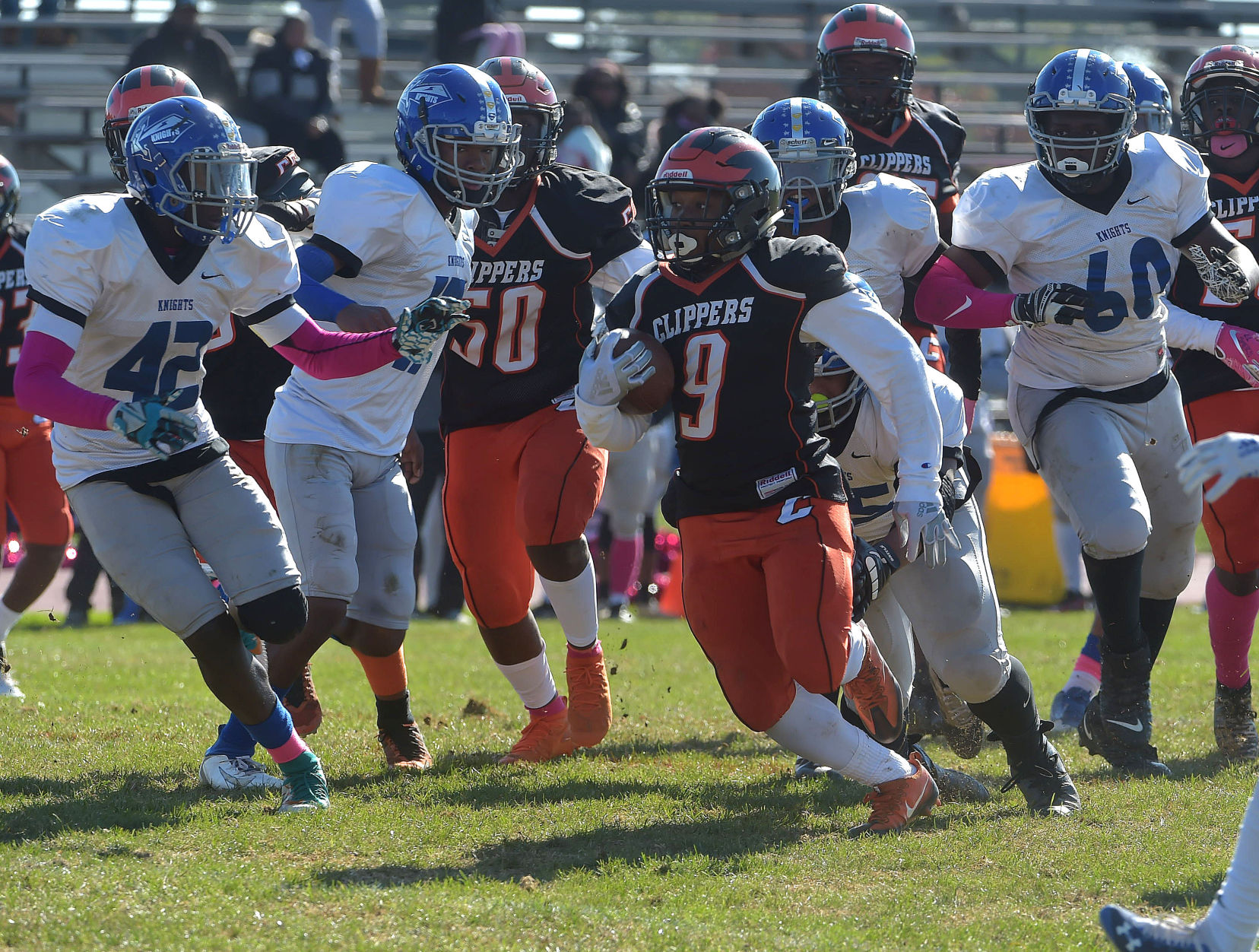 Chester running back Anton Sterling (9), in action against Academy Park in 2019, scored a school record five touchdowns and threw for another to lead the Clippers to a 43-0 romp over Reading. (Pete Bannan/MediaNews Group)

Chester’s defense was outstanding, too. Tyrese Williams returned an interception for a touchdown. Ja’Kai Boegertey led the defense with six tackles including one for loss. Darron “Scrap” Miller had five tackles, three for loss.

Elsewhere in the United X:

Academy Park 17, Interboro 0 >> The defense set up Academy Park’s first touchdown and provided the last TD to put the game away.

Ibrahim Sanogo recovered a fumble at the Interboro 19-yard-line and that led to a touchdown pass from Anthony Rodriguez to Eric Willis. He also had the two-point conversion to give the Knights an 8-0 lead with 6:00 left in the second quarter. The Knights would take that advantage into halftime.

A bad snap by Interboro late in the third quarter led to a safety and a 10-0 lead for Academy Park. Ashton Clarkson returned an interception 99 yards for a touchdown with 1:48 left in the game to seal the victory.