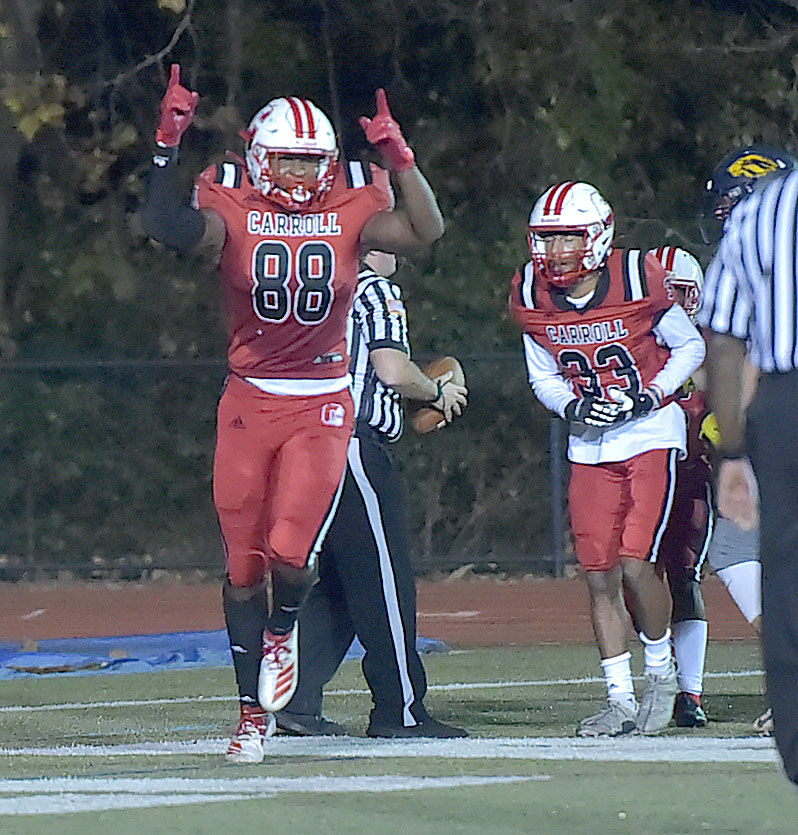 Eight players from Delaware County high schools have been selected for the Mini Maxwell Award, the Maxwell Football Club announced in a press release Thursday.

Mini Max winners were nominated by their coaches during the 2020 season and evaluated based on football performance, academics, and community service.

Rogers is an All-Delco defensive lineman who was unable to play in the fall due to the coronavirus pandemic. In November he signed his National Letter of Intent to play at Eastern Michigan.

Simpson earned All-Catholic League honors at tight end and linebacker. He helped the Patriots advance to the second round of the PIAA Class 3A tournament in November.

Adams was a starting running back and linebacker for Episcopal. He is headed to West Point to play lacrosse.

Mitchell was a standout running back for Delco Christian’s 8-man football team in recent years. He’s also a starting guard on the Knights basketball team.

Lain was a dominant two-way lineman at Marple Newtown. He was selected All-Central League and in November signed with Sacred Heart University.

Ridley’s Desmond was named All-Central League for his performance at linebacker.

The Maxwell Football Club will select from the group the Pennsylvania High School Player of the Year Jan. 25.

The club also announced Mini Max Award winners from Delaware and New Jersey. The winner of each state’s Player of the Year award will be candidates for the 35th Jim Henry Award as the Outstanding Player in the region. Daily Times Player of the Year Dan Connor of Strath Haven is the only Delco player to win the Henry Award.

“This year’s group of Mini-Max winners were challenged by more than just their on-field opponents,” said Mark Dianno, the Maxwell Club’s president. “They had to contend with circumstances of the pandemic impacting their families, communities, schools, teachers, academics, practices, coaches, and games, yet they consistently rose to meet those challenges and performed extraordinary feats on the fields, in their classrooms and in their respective communities.”